Darcey and Tom: Update and Spoilers 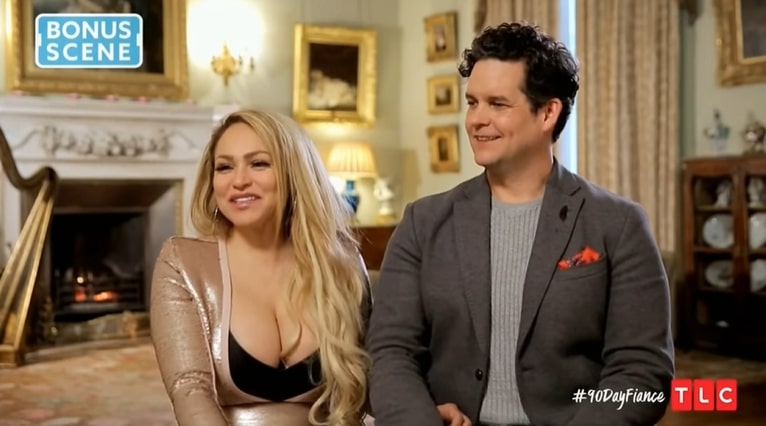 Showing the ups and downs of a relationship is the specialty of TLC’s ‘90 Day Fiance‘ franchise. And because ’90 Day Fiance: Before the 90 Days’ documents long-distance couples meeting face to face for the first time and then follows their journey as they adjust to each other in real life, it delivers even rockier relationships.

45-year-old Darcey has been featuring in this series ever since it first began. In season 1 and 2, she came on with her ex Jesse Meester from the Netherlands, but after that relationship failed, she appeared on the series in season 3 with Tom Brooks and has continued that relationship into season 4 as well.

Darcey and Tom had initially connected on Facebook when she was still in a relationship with Jesse. The 39-year-old from the U.K. and the Connecticut native found friendship with each other and maintained a platonic relationship till Darcey was single again. As Tom helped her heal her broken heart by continually talking to her on the phone and via video calls, she realized that she was falling for him.

She traveled to England to meet him, and they formed a deep connection with each other and fell in love. They two created some amazing memories together, and when it was time for Darcey to leave, Tom gave her a key to his place, saying that she could come over whenever she was in England again. Sadly, their romantic bliss was short-lived as Tom broke up with her shortly after she returned to the states.

Now, after Darcey had decided to move on with the help of her twin sister, Tom came back into her life again, asking to meet. Their meeting in New York was less than comfortable, and when she brought up seeing intimate pictures of him with another woman, the situation went south very quickly. With Darcey saying he only talked to her when it was convenient for him and Tom mentioning that he thinks she might still be in love with Jesse considering how much she talks about him, the two blamed each other for the downfall of their relationship. The pair ended their coffee catch up on a bitter note, and Tom told the cameras that they were “100% over.”

During their chat, Tom told Darcey that he had feelings for someone else, although he still maintains that he never cheated. He introduced us to Shannon, a Canadian blonde woman whom he met at the Milan Fashion Week in 2019, and told us that since his equation with Darcey was done, he could finally pursue a relationship with her. “I want to find happiness, which I have with you,” he said to Shannon. “I want to see where this magical journey could go.”

If you want to know where their bumpy relationship ended up, read on!

Darcey and Tom officially called it quits and have left no scope whatsoever for reconciliation. Recently, Tom took to his Instagram account and posted a story announcing that he was officially in a relationship with someone else. While he didn’t specify with whom exactly he got involved with, it could be Shannon. He said, “Happy to announce that I have an amazing love in my life, I hope you can respect that I would like to keep it private, I won’t let anything ruin this shes to important to me. If the few could stop with the inappropriate messages I would be grateful. #offthemarket”

Things may come to those who wait, but only the things left by those who hustle. . . @mattsfocus . . #hustle #fathersforjustice #90dayfiance #fashion #photooftheday

On the other hand, it looks like Darcey is in a relationship too. She has shared sweet messages with the 32-year-old Bulgarian Georgi Rusev, who lives in America. And although she hasn’t outrightly confirmed it, their calling each other “babe” and supporting one another in her Instagram comments seems to be clue enough that she too is off the market. From her captions, it’s evident that Darcey is keeping a very positive mindset about life and is very happy with where she is right now.

Its in the ride of life and you will always get to your destination. Don’t let anyone or anything slow you down. Keep going and rise above! Stay beautiful, loving, positive and powerful. ❤️