American television personality and clothing designer Darcey Silva has not been lucky when it comes to romantic relationships. After a failed marriage, the woman opened her heart to love again only to get disappointed, not once but twice. She has been a cast member of all four seasons of ‘90 Day Fiance: Before the 90 Days Journey’ and owing to her strong fan-following, TLC granted Darcey and her twin sister, Stacey, their own reality show.

It centers upon the significant incidents that transpire in their personal lives. It is natural for fans to be curious about the whereabouts of Darcey’s former partners Jesse Meester and Tom Brooks. Well, let’s find out! Before that, let’s have a brief look at their respective journeys.

Darcey and Jesse: 90 Day Fiance: Before the 90 Days Journey

In season 1, Darcey revealed that she met Jesse on an online dating app called Inner Circle, and the two instantly clicked. After being in a long-distance relationship for a while, Darcey finally met Jesse at his hometown in Amsterdam. At the end of the first season, the two chose to continue dating. Things started to fizzle out as the couple began spending more time together, in the second season. 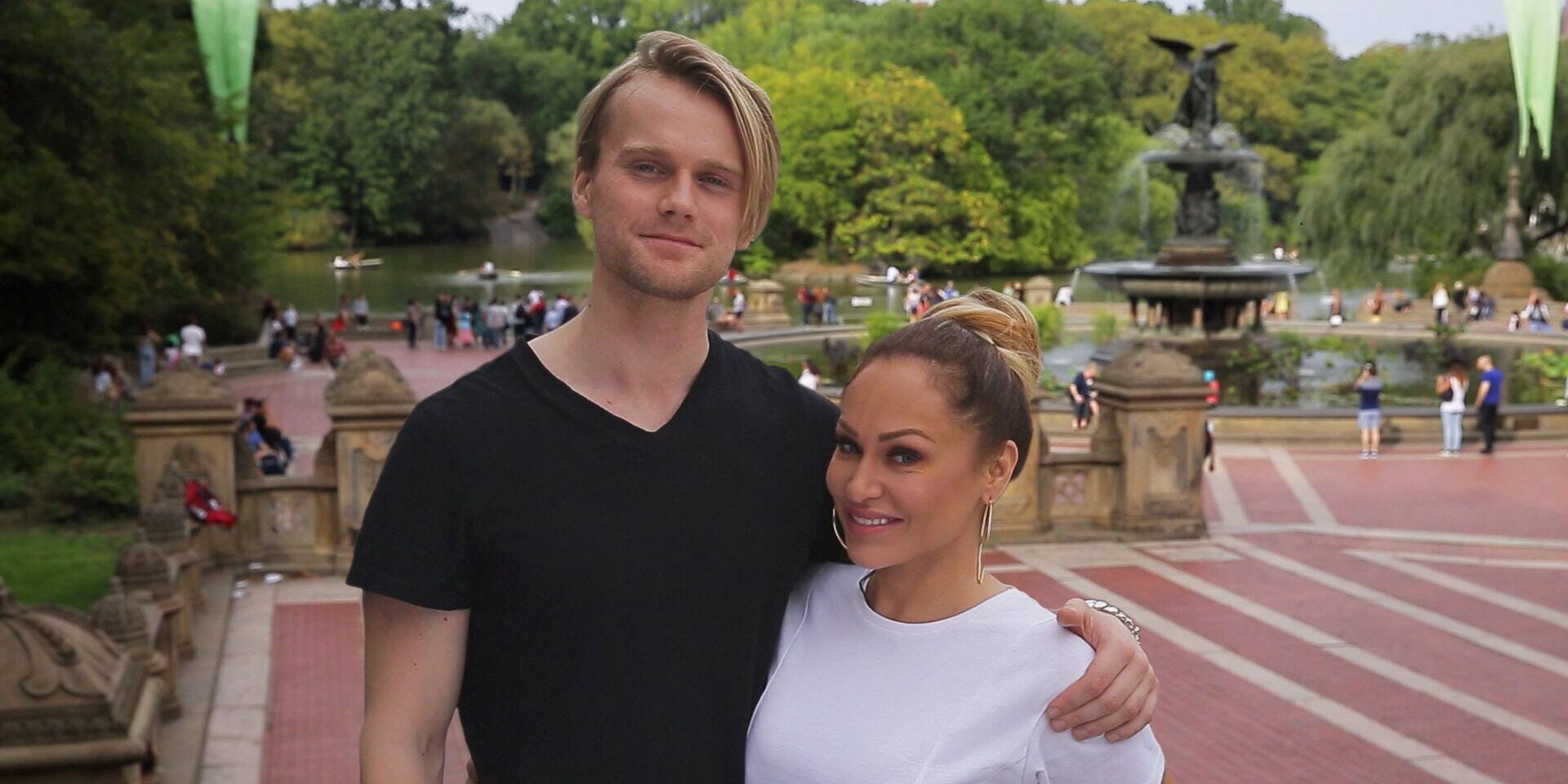 When Jesse flew down to Connecticut, he was irked to learn about Darcey’s daughters from her previous marriage. The two would fight over trivial things, like how to properly cut a beef, etc. Darcey expressed her concerns over whether Jesse could be a good father, while he had issues with her drinking habits. Towards the end, the dam of Jesse’s emotions exploded on camera and he broke up with her, accusing her of several things, one of them was being a catfish.

Darcey and Tom: 90 Day Fiance: Before the 90 Days Journey

Around 2015, when Darcey was living in Los Angeles, California, she met British businessman Tom Brooks on Facebook but Darcey didn’t pursue Tom as she was dating her ex-boyfriend Jesse Meester at the time. People fall in love in mysterious ways and that is what happened in Darcey and Tom’s case as well. After Jesse and Darcey broke up, Tom was a big moral support for Darcey and he helped her get over the toxic relationship. After dating virtually for a while, Darcey went to London to see Tom and that is when things went haywire. 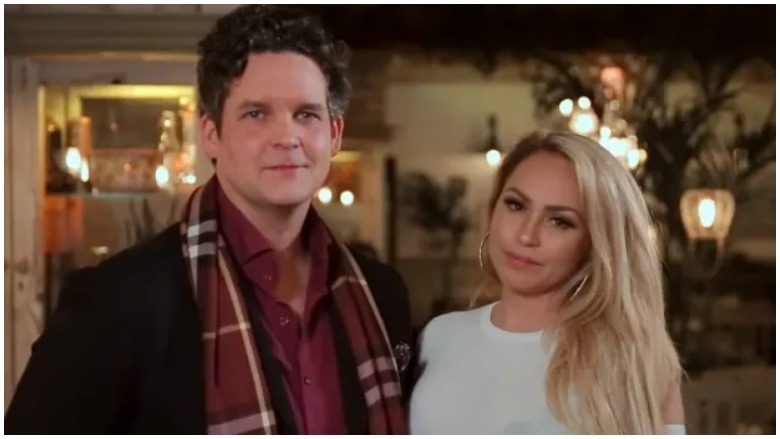 Tom began to have issues with her over-the-top animated gestures and her love-hate relationship with twin Stacey and he asked Darcey for some space. In season 4, the couple tried to mend their relationship but it only got more toxic when Stacey revealed to Darcey that Tom was seeing someone behind her back. That was it for Darcey who confronted him, following which, the two went their separate ways.

Well, Jesse seems to have undergone a full lifestyle and look upgrade since splitting with Darcey. He is currently a travel influencer and has been hopping from one place to another with his influencer and model friend, Hofit Golan, for over a year now. Although they appear to be more than friends, the two haven’t given a label to their relationship.

My symbol is one of passion and love, and a drive that fuels it. Do not learn from me as a man, learn from my actions that are symbolic of everything you have ever wanted in your life. Allow me to guide you, but never to lead you; only you, can take the lead.⁣ ⛵️⁣ •⁣ @hofitgolanofficial taking the lead on the @caressebodrum ship ❤️⚓️⁣ •⁣ #luxurytravel #luxurycollection #bodrum #paradise #buddhabar #caressebodrum #abundance #luxuryhotel #sailing ⁣

Which might make sense as Jesse recently appeared in the fourth season of ‘90 Day Fiancé: Now What.’ Although he didn’t have a girlfriend at the beginning of the season, he admitted that he was looking for love after the disastrous experience in the past. Jesse seemed smitten with his blind date, Bianca Rose and the two even went on a second date but they parted ways after Bianca moved to Israel. As of today, he appears to be dating Hofit Golan but I guess we will have to wait for him to address the rumors. 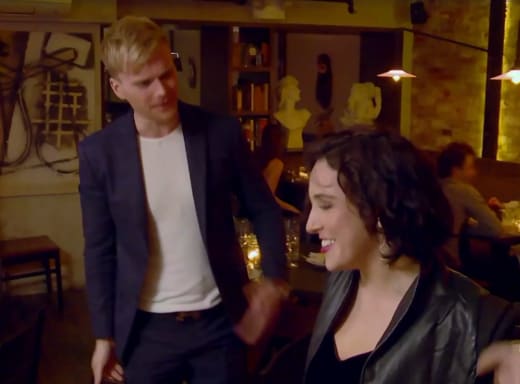 Tom received a huge backlash from fans after they watched the April 5, 2020 episode of season 4, in which Tom threw a body-shaming remark towards Darcey and also said mean things like “try not to ruin the next (relationship),” adding that he loved her “like a sister.” Yeah, I know! Disgusting. However, he finally took accountability and issued an apology on Instagram, wherein he wrote, “I acknowledge what I did was very inappropriate! I truly am sorry for what I said and take full responsibility for it.”

He also blamed the editors for making him look like a villain but let’s leave it at that. Darcey was firm on her decision that she is done with Tom for good. As far as his love life is concerned, he cheated on Darcey with a woman named Shannon. Their relationship didn’t last and Tom went on to date another woman named Amanda McAdams. As of today, it appears as if Tom is single and is putting his focus on things and people that matter, like his 12-year-old daughter.

#barcelona 2014 you were and still are the most beautiful little thing … you are my best achievement . . #daughter #spain #dancer #instagood #photooftheday #love #appleofmyeye🍎

Read More: What is Darcey Silva’s Net Worth?