‘Daredevil’: Why You Shouldn’t Miss This T.V.Series! 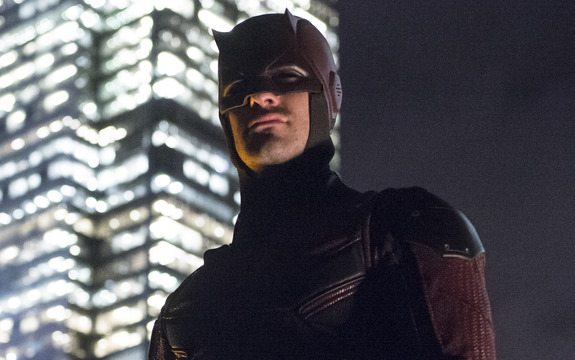 Origin stories are a dime a dozen nowadays. And gritty, realistic origin stories, with no sight of character or plot development, more so. Ever since Batman Begins, everyone wants to do their own version of an origin tale. Not everyone succeeds.

Daredevil’s film rights reverted to Marvel Studio from 20th Century Fox in December 2012. It was then decided that this series would add in to the Marvel Cinematic Universe due to the latter’s success.

Drew Goddard (of Lost fame) was then hired as the show-runner and then succeeded by Steven DeKnight (creator of Spartacus). 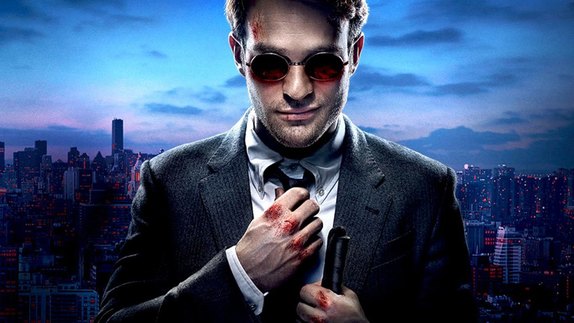 The quality and the depth of writing gone into creating such a series becomes evident from the first few minutes itself. A young Matt Murdock meets with an accident while trying to save someone and gets blinded in the process. Fade out – the child is shown screaming “I cannot see” in the arms of his father – and then the title sequence starts. The haunting, ominous sequence, showing us various components of the city being created in blood is reminiscent of True Detective’s sequence. The orchestral symphony here is juxtaposed with the sound of heartbeats and it fits with the general theme of the show.

The backdrop is Hell’s Kitchen, a seething cesspool of crime. Matt Murdock opens a startup firm with his longtime friend Foggy Nelson. He also fights crime during the night as a vigilante. Their very first client is Karen Page who is framed for the murder of her husband by Union Allied. Matt and Foggy protect her from being prosecuted, and later, Matt protects her from being killed by an assassin. Karen later becomes their associate.

As the series progresses, it becomes obvious that something bigger and sinister is at play. The crime is elevating and it seems Police and the law are pawns in the hands of a greater enemy named Wilson Fisk – a shrewd, megalomaniac businessman who wants to tear Hell’s Kitchen apart and build it anew. But his genocidal behavior didn’t cultivate in a vacuüm. Interestingly enough, Daredevil is as much an origin story of the super-villain King Pin. Vincent D’onofrio brings a sharp subtlety to the role, redefining the villain altogether. He is afraid, has a troubled past, and stares at white walls (the reason for that is buried in his tragic back-story.)

It is left to Matt to unravel the mystery and take Wilson to task. But in the process, Matt becomes dangerously close to losing his own conscience, becoming like the people he has intended to stop – a monster and a killer. It is this character ambiguity which the series has to deftly managed to portray. And now, the USP. Daredevil wouldn’t have been the show it aspired to be if it weren’t for the fight choreography. Bloody, brutal and realistic – the fight scenes are majestic, beautiful and pulse pounding. I haven’t seen better staged fight pieces since the Bourne Series. With intelligent use of music to accompany it, we are reminded of the classic old-school Kung-fu battles, except they are not campy at all. Watch out for the three-minute long, single-shot (yes, that is true!) fight scene in Episode Two in which Matt battles a group of Russians in a cramped and dingy hallway, which is the best of the lost, and also somewhat of an homage to the classic hallway fight scene in ‘Oldboy’. Also exciting is Matt’s battle with Nobu – a ninja plus business associate of Wilson Fisk. As much as Matt enjoys hitting people, the audience wants him – a blind man with superhuman senses – to hit them more. The fight scenes are presented a potent drug, which holds us and doesn’t let go until we have seen it all. And then, we want more.

Daredevil also excels in the lighter moments, and the time it gives to its supporting cast. It allows them to grow on their own, without forcing too much of story on to them. The series has a promising cast and it remains to be seen what the future has in hold for them.

The series has now been renewed for a second season and is set to move into production in 2016.