Where to Stream Dark Phoenix? 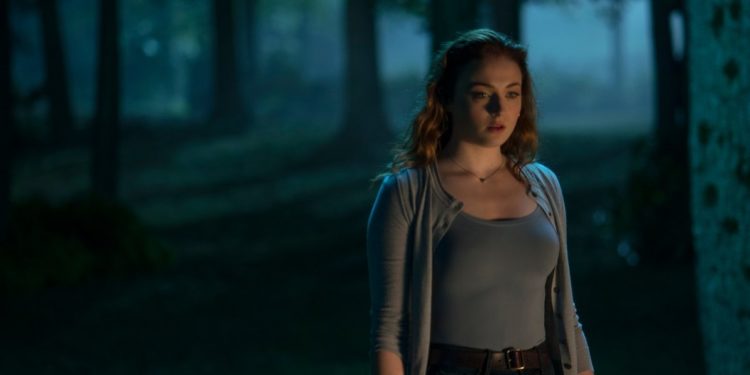 The X-Men film franchise has gone from amazing to slightly terrible over the years, and ‘Dark Phoenix’ ends its terrific run. While we cannot forget how the earlier films amazed us, they simply lost the spark in some of the later movies. Perhaps, this is because X-Men is based on Marvel comics but has never been a part of the MCU until the recent Fox-Disney merger. ‘Dark Phoenix’ is the last film of the X-Men franchise before it heads into the MCU.

While this spells a future full of possibilities, ‘Dark Phoenix’ itself was not the best conclusion that fans could hope for. Leaving criticisms aside for a moment, it still holds true that most fans of the franchise would want to see ‘Dark Phoenix’ just to know how the story arc ends.

Thus, if you have not seen this superhero movie, you might want to watch it, or you might have liked it and want to rewatch it. Either way, before we tell you about where you can see ‘Dark Phoenix’, let us tell you a little about the movie first.

What is Dark Phoenix About?

The story of ‘Dark Phoenix’ begins in 1975 when we see Jean Grey (Sophie Turner) at the age of eight. Her powers of telekinesis cause a car accident where her mother dies, and apparently her father as well. Charles Xavier (James McAvoy) takes her to his school – Xavier’s School for Gifted Youngsters. There, he mentally blocks her memories of the accident and helps her hone her powers so that she can control them better.

The film sees a jump in time to 1992, which is 9 years after the events of ‘X-Men: Apocalypse’. The mutants are seen as heroes by the people of the world, and they are summoned by the US President to help those aboard the space shuttle Endeavour. It appears as though they are under attack from a solar flare like energy. This is when the trouble starts for Jean, as she seems to absorb the energy to save the X-Men and the astronauts. Not only does she survive this, but her powers increase, and Xavier’s mind block gets erased. On discovering that her father is still alive, Jean travels to her hometown, and when the X-Men try to get her to go with them, she injures Peter Maximoff (Evan Peters) and kills Mystique (Jennifer Lawrence), before going away.

Tormented by her own actions, Jean seeks refuge with Magneto (Michael Fassbender), but when the mutant witnesses Jean’s attack on the US military, he turns her away. This is when Jean meets Vuk (Jessica Chastain), a member of an alien race who helps her understand the power within her. In the meanwhile, Beast teams up with Magneto and the other refugees, with a plan to kill Jean, believing her to be unstoppable and way too dangerous. The X-Men try to stop this faction, and we have one epic battle sequence. Xavier manages to get through to Jean, asking her to read his mind, so her original persona resurfaces over this new and more powerful persona. Jean’s old persona feels remorse at all this havoc and offers Vuk to take her power from her, but it appears that losing this force will cause her to lose her life. The X-Men stop Vuk, but the military arrives and successfully subdues both Xavier’s and Magneto’s mutant factions.

The mutants are all rounded up in a train and are headed towards a containment facility. This makes for some of the emotional moments in the film when Xavier admits to Hank that he was correct, and it was wrong of him to violate Jean’s memories and place a blocker in her mind to make her forget the accident. There is not much time for repentance since the train is attacked by Vuk and her fellow aliens, who are intent on getting the force out of Jean. When the army finds itself outmatched, the mutants are let loose and they confront Vuk’s followers. Most of the threats are neutralized, except Vuk, who heads straight for Jean. Xavier once again uses his mind tricks to allow Jean’s phoenix persona back in the driver’s seat. After forgiving Xavier, Jean easily destroys Vuk and the other aliens, before she disappears in a burst of energy that takes the form of a phoenix.

As the film ends, we see Xavier’s school has been renamed into the Jean Grey School for Gifted Youngsters. Hank becomes the new dean and Xavier finally retires, after having spent decades fighting for mutant rights. While he settles himself in Paris, we see him reluctantly play another game of chess with Magneto. While they are playing, a flaming phoenix appears in the sky.

Well, that brings to an end the epic run that the X-Men franchise has had, despite its stumbles. Now, let us tell you where to watch ‘Dark Phoenix’.

Is Dark Phoenix on Netflix?

Netflix has a fantastic collection of movies and television shows, and this holds true in the case of superhero movies as well. While ‘Dark Phoenix’ is not on Netflix, it marks the end of the X-Men franchise before the move to MCU. Thus, we recommend you watch the last few movies of the MCU’s previous phase, before the new one ushers in your favorite mutants. Therefore, check out ‘Avengers: Infinity War‘.

Is Dark Phoenix on Hulu?

Hulu has some splendid Marvel content, though it is more for television shows than movies. While ‘Dark Phoenix’ is not on Hulu, you can catch some mutant action, and get a peek into the psychological twists of being a mutant in the brilliant show ‘Legion‘.

Is Dark Phoenix on Amazon Prime?

Amazon Prime has a fantastic library that can only be bested by Netflix. However, when it comes to superhero content, this platform could use a little improvement. Unfortunately, ‘Dark Phoenix’ is not available on Amazon Prime.

Where Can I Stream Dark Phoenix Online?

At this moment, ‘Dark Phoenix’ has not been made available on any of the major streaming platforms, so you have to wait to stream it online.

When Will Dark Phoenix be Available on DVD and BluRay?

No, ‘Dark Phoenix’ is not out on DVD and BluRay yet. It is slated to release on September 17, 2019. However, we understand if you are unwilling to wait that long. In that case, head here and preorder your copy of the movie today.

Can I Watch Dark Phoenix Online For Free?

It saddens me to let down the freeloaders, but ‘Dark Phoenix’ is not available for free online through legal means, at the moment. If you really want to watch the movie, it is still playing in some theaters, so you can check ‘Dark Phoenix’ out there.