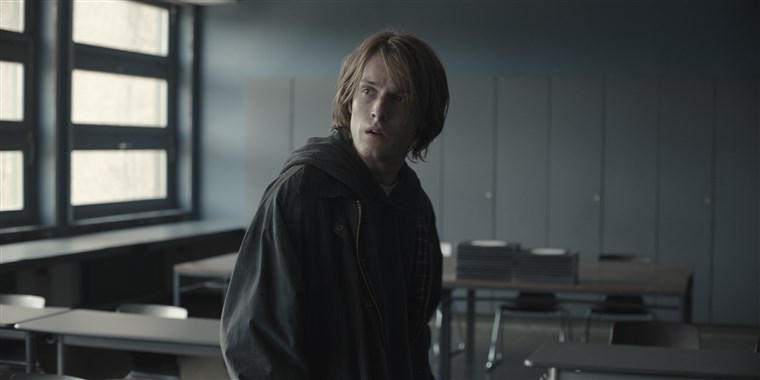 Have you ever wondered what your life would be like in a parallel universe? What would that world be like, how different would it be from the one you know? Have you ever wondered about a world where you don’t exist at all? How different would it be because you are not in it? From the moment Jonas Kahnwald discovered that his father was the missing brother of the girl he loves, he knew he wasn’t right in it. He tried to save his father, but he also knew that any tinkering with the events would completely erase his existence. In the third season, he comes face to face with the answer he had been seeking in his own world. If you haven’t caught up with the show yet, head over to Netflix. SPOILERS AHEAD

After being rescued from the apocalypse by a mysterious Martha, Jonas finds himself in an alternate version of reality. In this world, things are not in the same order as they were in his, but events take place in an eerily similar manner. What was Jonas’s house in the original world is now Martha’s house where she lives with Katharina, Magnus, and Mikkel. Ulrich had an affair with Hannah, following which he and Katharina got divorced. Hannah is pregnant, but Ulrich’s string of affairs hasn’t ended with her. He is now having an affair with Charlotte.

It is also revealed that things are flipped in this universe. The dirty couch at the entrance of the cave is on the other side, the stairs in Jonas’s house are on the opposite side, the injuries of Helge and Woller are also changed, and instead of Elisabeth, her sister, Fransizka, is mute.

In the school, a new character emerges as a replacement for Jonas. It is Killian, the brother of Erik, who is missing in this world as well. Just like it had happened in the first episode of the first season, we find the group going into the forest to the mouth of the cave, where they get scared of a strange sound and run for their lives. This time, however, Mikkel is not with them, which is why there is no Jonas. To protect themselves from the unknown danger, they hide inside the bunker and witness a strange event. A slice appears in the middle of the room and a boy is thrown out of it. It turns out to be Mads Nielsen.

Back in the original world, the Martha who had saved Jonas goes back in time to the 1800s where adult Jonas is stuck with teenage Magnus, Fransizka, and Bartosz after escaping the apocalypse in the nick of time.

After acquainting us with all the possible timelines that merge and diverge from each other in creating the ultimate family tree of ‘Dark’, the show opens us to a completely different possibility. In wanting to save his father, Jonas wanted a world without himself, and he gets one in Martha’s version, which looks familiar in a number of ways, with some details astray here and there.

With this thread of the story, the show proceeds to lay the ground for all the answers that we have been looking for. While there are a number of things that we would like to know about, one of the most important ones is why does adult Jonas not know about this? Because it happens to the teenage Jonas, and all of that has already happened to adult Jonas, then why didn’t he know about this version of reality, and why didn’t he warn his younger self that such a thing was bound to happen.

The hopes, however, are quashed when it is revealed that a world without Jonas isn’t necessarily a world without time travel. The events happen in a similar manner here as well, and since one thing has been traded for another, it also means that the villains and heroes have been traded as well. In the absence of Jonas, Martha becomes the central point of the story in this parallel world, which would mean that the character of Adam has also been traded for someone else, most probably, some worn out and corrupted version of Martha.

Sheldon Riley From AGT: Everything We Know

Lightwave Theater Company From AGT: All We Know

Chicken Scratch Sam From AGT: Everything We Know