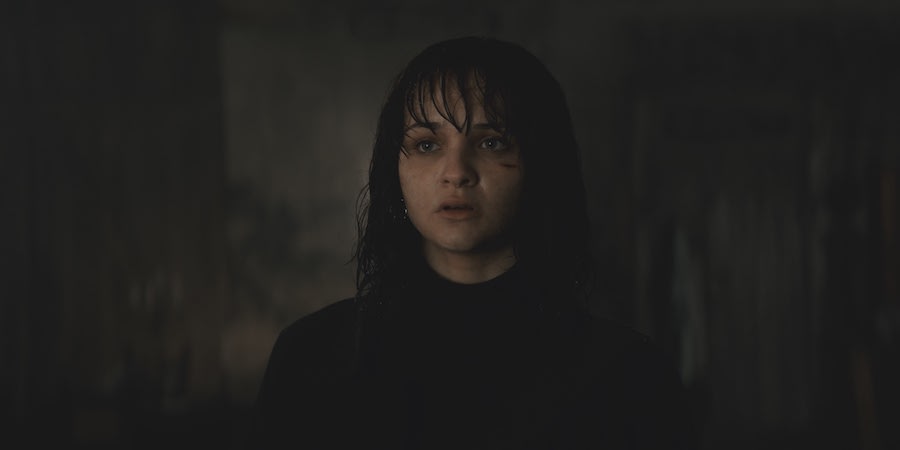 With its second episode, ‘Dark’ starts to shed some light on the mysteries that have made it such an intriguing watch over the years. Titled ‘The Survivors’, the episode opens with the Martha of parallel world in 1888. She meets Magnus, Franziska and Bartosz, and tells them about their counterparts in her world, and how both of their worlds are connected through the same apocalypse that will destroy everything.

Jonas suspects that Adam has sent her and questions her how she knew where they would be. Bartosz tells her about Sic Mundus, Tannhaus, and how Jonas has changed since his arrival there. In turn, she tells him that Jonas is Adam, which gives rise to another rift in their relationship. But that’s not the only twist here. If you haven’t caught up with the entire series, you should head over to Netflix. SPOILERS AHEAD

In 1986, Katharina wakes up inside the Kahnwald house. It turns out that Michael and Ines have been missing for three months. A conversation with a police officer reveals that they went into hiding after a man tries to kidnap Michael. Katharina realises that the man in question is none other than Ulrich. She meets him in the hospital and promises to get him out of there. She also comes face to face with her mother. In the same year, Tronte tries to find out where Claudia suddenly disappeared, while Regina tries to cope with the loss alone.

In the post-apocalyptic world, Claudia takes care of an ailing Regina. Peter and Elisabeth try to find out what happened to Charlotte and Franziska. They meet Noah, who tells Peter that he is going to die soon.

The episode opens with Martha dreaming about the horrible things that have happened to her. She sees blood and a dead body, and it later turns out that she had been dreaming about Jonas. In the parallel world, he is trying to find out what he is doing there. He has a talk with Eva about free will, how their actions have shaped their fate, which, in turn, has shaped their actions, and how he is the only one who can save his world as well as hers. This conversation reminds us of the talk that Jonas had with Adam, who told him that he wanted to save the world. This time as well Jonas is being played, as it later becomes clear that Eva is Adam’s counterpart in this parallel world, and both of them want their worlds to be destroyed so that they can create their own paradise in its aftermath. Jonas has become another pawn in Eva’s game, and from what Martha’s dream foretells, he is going to die in the parallel world.

This brings us to the question of how Jonas is alive in this world. Why doesn’t he remember going to the parallel world if that had happened in his teenage. The answer comes much later when Claudia tells Adam about the loophole that he had been looking for all this time. It turns out that when the apocalypse happened, time stood still for a while, which allowed the world to pursue two possibilities in the same moment.

In the Season 2 finale, we meet with one possibility of the two. Martha from the parallel world arrives and takes Jonas away just in time. At the same moment, the same Martha also decides not to meet with Jonas, who has to hide in his house’s basement to save himself from this apocalypse. Because that moment is free from the constraint of time, it can indulge all possible versions of one event. The Jonas that goes to the parallel world dies there, while the one who hides in the basement survives the apocalypse and eventually becomes Adam.

The Origins of Sic Mundus

This episode of ‘Dark’ also introduces us to the ancestor of HG Tannhaus, and we come to see why the watchmaker had been so obsessed with time travel, and why he, of all people, became the cornerstone for the travellers who found their back to him again and again, even if he never became one of them.

It turns out that Adam was not the one to establish Sic Mundus, nor was he the first one to propagate the idea of paradise by changing the course of events. Old Tannhaus had been obsessed with time travel because he, much like Jonas, wanted to bring back a loved one from the grips of death. He tried to make a time machine, but he was laughed at. Now, with the arrival of time travellers from not one, but two worlds, Tannhaus’s theories are confirmed and he uses Jonas’s help to make the machine, while inducting him and his friends in Sic Mundus.

Read More: What is Sic Mundus Creatus Est in Dark?