Set in New York City during the Christmas season, Netflix’s teen romance series, ‘Dash & Lily’, follows the story of Christmas-hating Dash and Yule-enthusiast Lily as they form a special bond by writing to each other in a red notebook that they pass between themselves. The young adult TV series is based on David Levithan and Rachel Cohn’s novel ‘Dash & Lily’s Book of Dares.’ Here is a summarized recap of the second episode of ‘Dash & Lily,’ followed by a review of it. SPOILERS AHEAD.

Christmas time is the greatest time of the year for Lily, who just loves getting into the Christmas spirit and celebrating with her family, who all found their significant others during the holidays so it’s an even more cheerful and romantic time at Lily’s home. Only this year, things are looking dreary as Lily’s parents leave for a late honeymoon to Fiji, and her grandfather goes off to meet his girlfriend in Florida. Even her older brother abandons her in favor of a new boyfriend who he just met on Grindr.

When her brother hears that the 17-year-old Lily has formed a caroling troupe with neighborhood adults of varying ages, he and his new boyfriend Benny help devise a plan to find Lily’s perfect match – by placing a series of clues at the local bookstore (The Strand), enclosed in the red notebook that Lily uses as a journal. And that brings us to the point in time when, in episode 1, Dash finds the red notebook and works out the clues to decode Lily’s message. 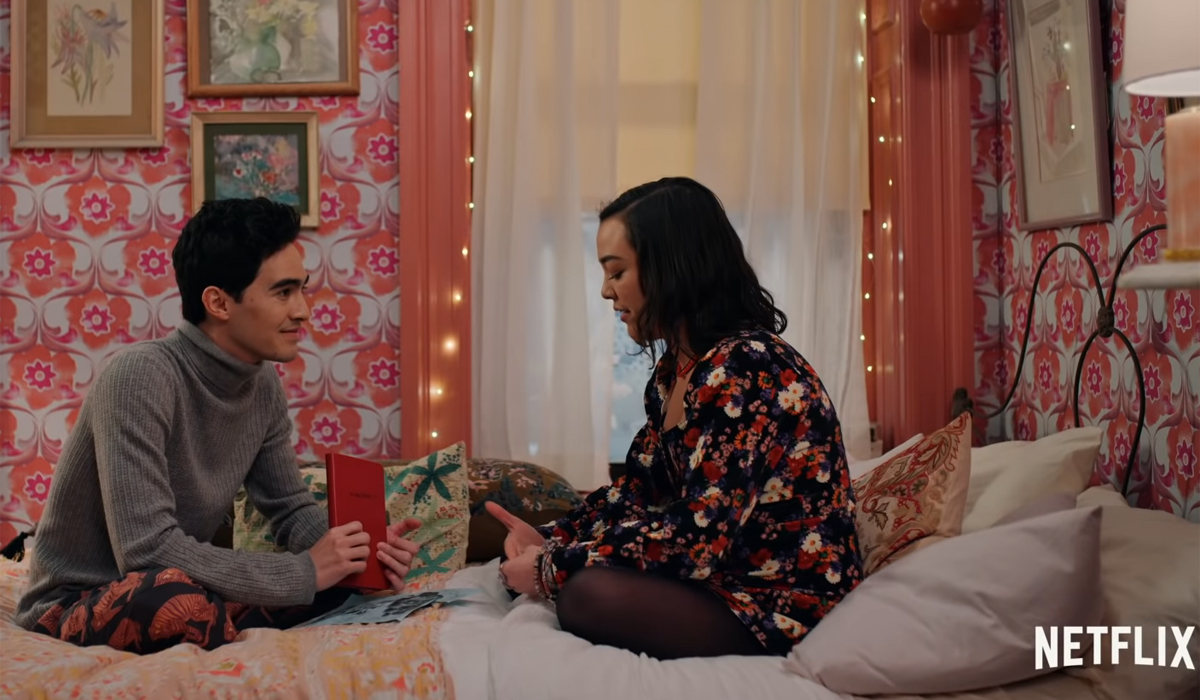 When Lily comes back for the notebook the next day, the store manager (who is her cousin) tells her that Dash is kinda “snarly and painfully pedantic.” Lily is very disappointed to read Dash’s thoughts about the Christmas season in the red notebook. She feels they have nothing in common because he hates all things Christmas but decides to give him a chance anyway. As per Dash’s instructions, she leaves the notebook in the DVD section of the pizza parlor and walks out, only to get caught by Boomer. 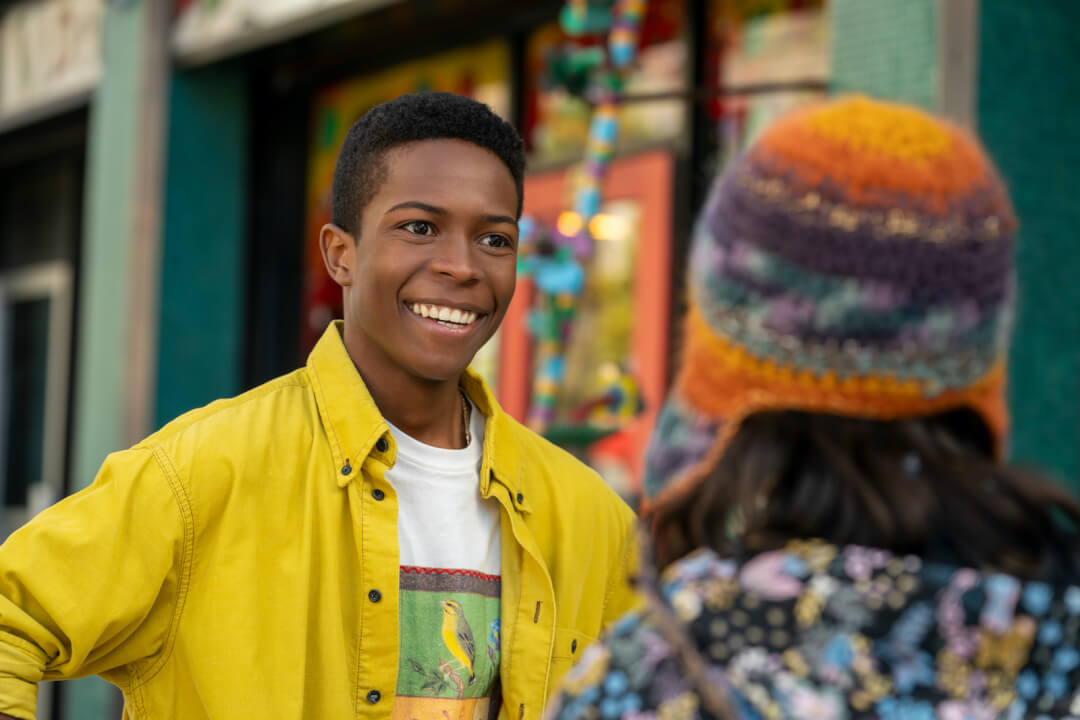 Lily asks Boomer what his friend is like, and he responds by saying that even though Dash puts up walls, once he lets people in, he is the most loyal friend ever. Boomer promises Lily he will not tell Dash that he met with and spoke to her. Lily then leaves a dare in the notebook, which Dash will need to complete if he wants to know her name.

The dare is to go to Macy’s Santa Land and ask Santa for her name. Dash ends up creating a lot of chaos there as he steals and runs away with Santa’s hat on which Lily’s name is embroidered. Dash asks Boomer to give the notebook to Santa so that he can get it back to Lily, with his note inside. Inside the notebook, Dash has written down the rules of their game – no exchanging last names, no social media stalking, and no pressure to meet. They can ask each other personal questions only when they complete each other’s dares. Since Dash completed Lily’s dare, he asks her what she wants for Christmas. 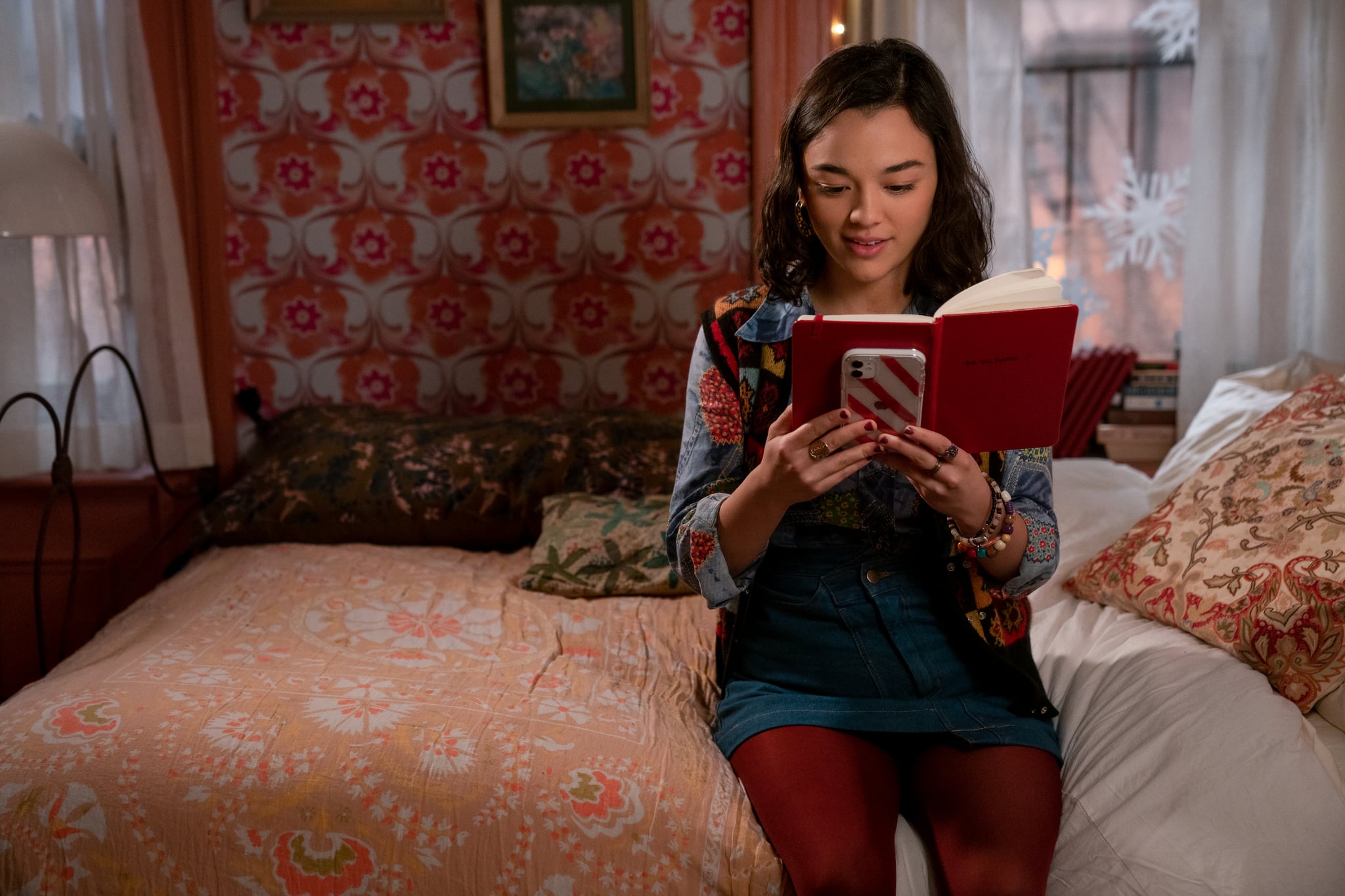 The second episode’s ending sets the stage for a beautiful friendship to grow between Dash and Lily as they exchange their thoughts and feelings through the notebook, occasionally assigning dares that help each of them experience something new. Like how Dash – who detests Christmas festivities – goes to Santa Land on a quest for Lily’s name and ends up enjoying himself very much. It is also refreshing for the protagonists to get to know each other at a slower pace and not just get all the information off of their social media.

In the fast-paced reality of today’s mostly-fake world, it’s nice to slow things down and enjoy the time taken to share and read each other’s innermost thoughts and feelings. Dash writes to Lily about how Christmas comes with a pressure to be happy even when one may not be feeling particularly joyous because somehow, being alone during Christmas time comes with amplified loneliness (a sentiment that resonates with her).

The second episode gives us a better insight into the kind of person Lily is. She is shy and introverted, while also being expressive and very much in touch with her feelings. Lily is a creative, sensitive, and cheerful girl who loves the festive spirit of Christmas. But she struggles with making friends with people her own age, not being able to relate to them. She prefers to hang out with older companions because “they are easier to talk to” and “they read books.”

It’s also pretty evident that Lily feels lonely and longs for romance. When her brother comes up with the notebook idea, Lily initially does not believe that anything would come out of it. This hints at low self-esteem. Clearly, there is a journey that Lily needs to take and gain more confidence through her interactions with Dash.

Overall, this episode makes for a lovely introduction for our lead pair and establishes how different they are from each other, but still quite similar in their shared feelings of loneliness during the holidays. The narrative of the 23 minutes-long episode remains brisk-paced and exciting while managing to make the audience smile at the cute telltale signs of blossoming teenage love.