Dating Around: A Guide to Filming Locations 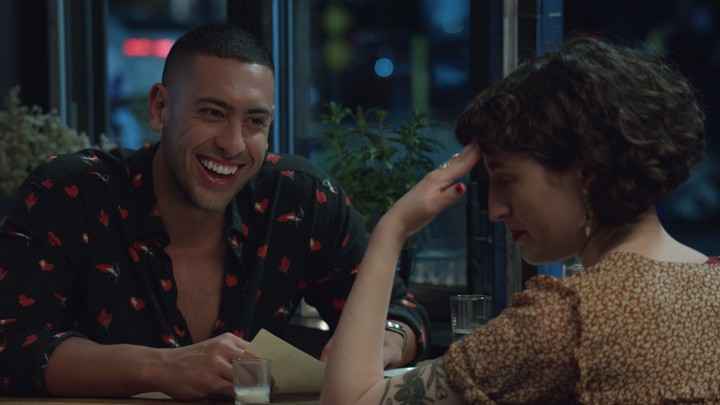 Dating’s not easy, especially in a world where it is increasingly harder to truly connect with another individual. In Netflix’s ‘Dating Around,’ singles prefer quantity over quality, in an attempt to match with a potential partner. In each episode, an individual goes on five dates, which might be filled with flirting, awkward banters, or moments of genuine connection. At the end of the dates, the person has to decide who they want to go on a second date with.

Since dating a social activity, you might be wondering where the dates take place. We’ll walk you through the romantic locations where ‘Dating Around’ has been filmed.

‘Dating Around’ has been filmed in New York, specifically Brooklyn. The shooting has mostly taken place at bars and restaurants. You can check out a post by a fan who appreciates the artistic way the show’s been filmed.

I appreciate the artistry that went into the filming of dating around on Netflix …. take me to NYC😍

Here’s another post where a Brooklyn resident confirms that ‘Dating Around’ has been filmed there.

Netflix’s Dating Around is the most cringey show I’ve ever watched in my life.
But it takes place mostly in Brooklyn so I’m honestly living for it.

So, now that we have established this, let’s take a look at the specific places where the reality show’s been filmed. First off, we have Samui at 15 Vanderbilt Avenue. The Asian fusion restaurant serves as the location for Luke’s dates. Here’s Luke at Samui.

Lex’s date is at Baron’s, which is located at 564 Dekalb Ave. The colorful Bed Stuy bar has a cool vibe making it perfect for romantic dates. Leonard went to Le Barricou at 533 Grand Street for his date. The Williamsburg joint with its classic French decor is a popular spot.

Sarah’s date is at the Lighthouse, a bar at 533 Grand Street. Located on the south side of Williamsburg, the place is known for its large windows and outdoor seating areas. That said, it might get crowded, so it is best to make a reservation before taking a date to this spot.

In conclusion, ‘Dating Around’ has been filmed completely on location. If you are a resident, and looking for some cool places to go on dates, then the show will definitely help you decide. On the other hand, even if you are a foodie discovering nice places where you can eat out, then the filming locations should be of assistance as well. The Netflix show has remained constrained to a small area, but with its artistic shooting choices, ‘Dating Around’ opens up Brooklyn and its many dining options to the rest of the world.

Read More: Where Was The Circle Filmed?