David and Lana: Everything We Know 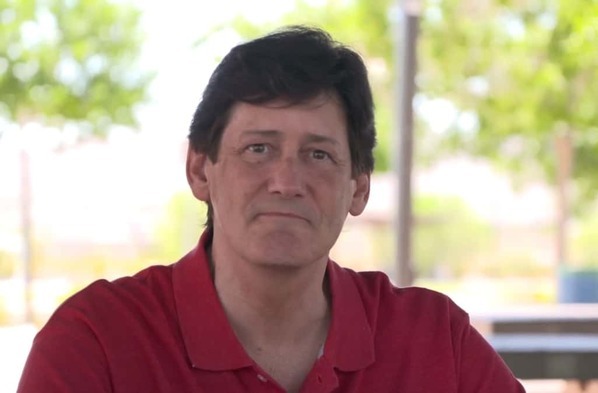 ‘90 Day Fiancé: Before the 90 Days‘ is a popular TLC series where love is expected to conquer all, including time and distance. The series usually sees people falling in love with like-minded individuals who live elsewhere in the world. Ultimately, their love prompts them to get a K1 visa to arrive in the USA and get married within 90 days.

We have seen some fascinating couples on the series, whose love stories have moved us. By this time, we have also seen some manipulative individuals, who misuse people’s love to get their own way.

One such case where the latter seems to be likely is the relationship between David and Lana. Having followed the TLC series for a long time, it is easy to spot and call out the red flags in a relationship and Lana and David’s story has plenty of them. Curious to know more about the duo? Read on to know everything about David and Lana.

Who are Lana and David?

David is a 60-year-old programmer from Las Vegas. His apparent love, Lana, is 27 years old and lives in Ukraine. This makes her 33 years younger than David. However, for the Vegas resident, the age difference is no hurdle, since he is sincere in his love for Lana.

The more important question is whether Lana is in love with him and if she is even a real person or a catfish who’s stringing David along.

How Did Lana and David Meet?

David believes that he has been unlucky in love in America, and decided to try his luck on an international dating site. Therefore, he opened a profile, and this is when he started talking to Lana, on a Ukrainian site. At first, David believed that his attempt to find someone special had come true because he hit it off with Lana. However, it has been seven years since they started dating, and David is yet to see Lana in person.

The two don’t talk on the phone, or video call each other. Their conversations have been mostly limited to texting on a service provided on the dating site itself. While Lana has sent David photos and videos which are supposed to be of her, he has not actually seen her, to verify the same. On the other hand, David has admitted that he has sent Lana around $100,000 over the time that they have been ‘dating’.

Eager to meet her, David has taken a flight to Ukraine, but he is marked with the fear that Lana might stand him up. Before people rush to label him insecure, Lana has stood him up previously. This marks David’s fourth visit to Ukraine, and the woman has not shown up the first three times. However, this time David is determined that if Lana is a no-show, he will not try to carry on his relationship with her.

Are Lana and David Still Together?

It appears that Lana and David’s relationship is in a pretty rocky place. We cannot be sure if they are still together since Lana has only been mentioned by name, making it impossible to comb through social media, for relevant information. However, David and Lana’s tale is giving ’90 day’ fans a major deja-vu.

One cannot help but remember Caesar Mack and Maria, his Ukrainian girlfriend. In this case, the woman had strung the man along for quite some time before saying that she simply was not interested in him. Hopefully, Lana and David’s tale will have a happier ending. However, only time will tell how their relationship unfurls on the current season of the TLC series.