David Davis From Songland: Everything We Know 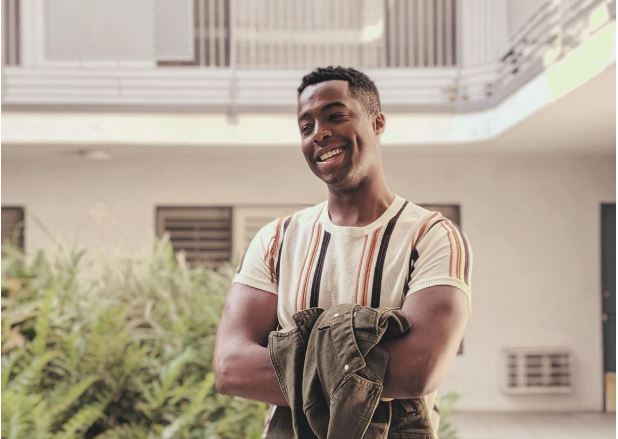 NBC’s groundbreaking series ‘Songland‘ put undiscovered artists on the center stage and gives them the opportunity to prove themselves by letting them pitch their original creations to an established recording artist and renowned music producers. The series is basically a competition, wherein each episode features 4 aspiring songwriters who have to outdo each other in the hopes of winning their dream collaboration and kick-starting their career. Episode 9 of season 2 of this series, guest-starring Ben Platt, has four such performers, one of whom is David Davis.

Who Is David Davis?

David Davis from ‘Songland’ is not to be confused with the British or the Australian politician of the same name, or the bluegrass singer-songwriter of the same name. This David Davis is an aspiring singer-songwriter whose original music can take you to a whole new level of emotionality. The Chicago born David has been focused on music for as long as he can remember – not once did he ever think of pursuing a career in any other field, its as if, he breathes, eats, and dreams of music.

Wasn’t sure how my voice or hands would feel after 16 hours of flying, so had to do a quick test when I landed in Angola. Did I do aight?

When he was little, he started to perform in a church, and after that, it was anywhere that he could get the opportunity to sing, always making sure that he found his way to the stage. Therefore, it was only natural for him to attend Belmont University in Tennessee after graduation where he studied performing and piano to perfect his skills and to ensure that he goes far in his music career.

David’s website confirms that he comes from a big family, having seven siblings. However, he has never revealed any information about them or his parents. He keeps his personal life on the down-low, never even posting anything about his friends, family, or his acquaintances on his social media, making it impossible for us to know anything. All we could find on his Instagram of his family was a short video that he had uploaded back in 2017, where he is singing to his newborn niece. You too can check it below:

Y’all are just gonna have to be okay with the constant niece photos and videos. I’m such a sucker for this little one. 😭😍 @_jessicaashley @txowl34 you did that. I hope I’m as good of a parent as you two are already, someday!

David has been active in the music industry for a long time now. Drawing inspiration from the likes of Stevie Wonder, Donny Hathaway, and India Arie, his own music is a perfect blend of alternative Jazz and soulful RnB, and when that gets combined with his melodious tone and vulnerable voice, his music takes us on a roller coaster ride, giving us an experience.

David has worked with RedOne and Aaron Sprinkle, some of the most amazing producers in the industry, and has had the opportunity to open for artists like Jon Bellion and John Legend. In the last few years, he has focused solely on his music, releasing his debut album “The Long & Short of It” and performing all over the country as the headliner as well.

According to his website, his “voice, arrangements, and productions have been featured on chart-topping records, commercials for major brands and networks.” Most recently he had the fantastic opportunity to perform at the 64th Primetime Emmy Awards Governor’s Ball after which he made his international debut by performing in London, at Ronnie Scott’s Jazz Club. Now, he hopes to impress the world on ‘Songland’ and land himself the collaboration of a lifetime with Ben Platt. (Featured Image Credit: David Davis / Instagram)