Will There be a Daybreak Season 2? 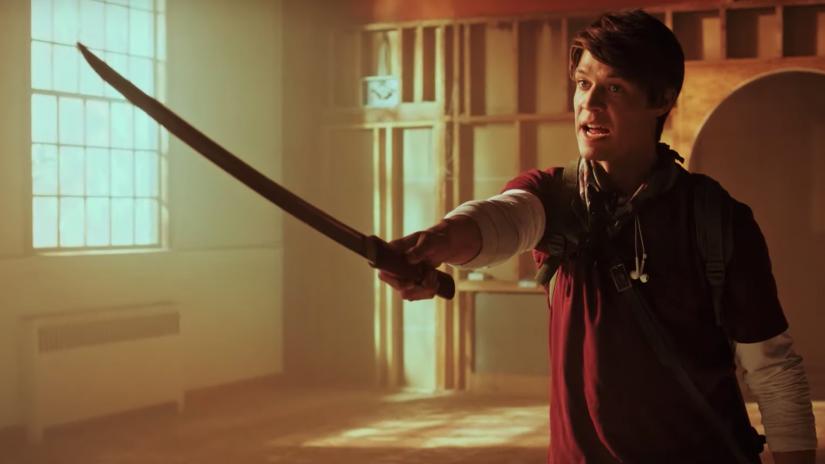 ‘Daybreak’, set against a ‘Mad Max’-inspired backdrop and entwined with teen vibes from ‘Mean Girls‘, is a post-apocalyptic comedy-drama. Created as a Netflix original by Brad Peyton (‘Rampage’) and Aron Eli Coleite (‘Star Trek: Discovery‘), it is based on the graphic comic series of the same name by Brian Ralph.

Ditching the typical genres of high school dramedy and post-apocalyptic fiction, ‘Daybreak’ brings with it iconic pop songs and a teen romance plotline. There are also elements of several 80s numbers thrown into the narration — thereby, allowing fans of ‘Stranger Things’ to resonate with the series. Wild, full of sun, and yet, packed with gore and violence, it is another addition to Netflix’s unending collection of teen titles, which include ‘Stranger Things’, ‘13 Reasons Why’ and ‘Riverdale’.

After a successful first season, that received glowing reviews from most of the critics, many are wondering if ‘Daybreak’ season 2 is going to happen. Well, let’s delve right into answering this question.

‘Daybreak’ season 1 premiered on October 24, 2019, on Netflix. Its entire run for the first season consisted of 10 episodes, with all of the episodes landing on the same date on the platform.

After a successful first-season run, it came as a shock to fans when the streamer announced that the show had been axed. Co-creator and executive producer, Aron Eli Coleite confirmed the news in a tweet:

I don't even know how to say this, so we prepared a small statement. Love you all. Thank you! pic.twitter.com/rKXWxuaaFh

Although Netflix did not cite the exact reasons, the decision might be because the show, with its too quirky and too unique concept, failed to relate to the mainstream viewers. There’s no single plotline on one central character and even the villains are weird — the zombies aren’t really zombies but “Ghoulies”. Whatever be the reason, it has been confirmed that ‘Daybreak’ season 2 stands officially cancelled on Netflix.

Daybreak Cast: Who’s in it?

Daybreak Plot: What is it about?

High school is complicated right? And we have witnessed so many titles based on this popular genre. But what if there’s something else to complicate the lives of confused high-schoolers further? For instance, an apocalypse, maybe? Well, bringing in just this ridiculous mix is ‘Daybreak’ — a post-apocalyptic drama set in Glendale High.

In this dark comedy, a certain nuclear explosion sets off an apocalypse. There are zombie-like creatures, called ghoulies, roaming the streets. In fact, everyone over 18 is a ghoulie and the mindless adults are scouring the lanes, mumbling only the last words they had uttered, and searching for fresh meat. Now, the earth is at the mercy of teens and they need to discover a way to survive the madness. Yes, if ‘Mad Max’ and ‘Mean Girls’ are to be combined, the resultant story is ‘Daybreak’.

Next, we meet Josh Wheeler, the typical high-school outcast from Glendale High, in search of his girlfriend Sam amidst the chaos. With the populace having split into several sections, the city is now controlled by gangs. We meet a swearing child with a flamethrower, a jock who has transformed into a ronin, and uncountable mutant animals — rats, pugs, and whatnot.

With the jocks clad in spikes and gears, the gamers, the 4-H Club, and terrifying tribes having their own agenda — the whole human race is fighting for survival. In between, Josh has to navigate this strange and treacherous world to locate his missing partner. His crew does lead him to a mall but here, they are stopped by an unknown, mysterious masked man — most likely, their former principal.

Described as a “part samurai saga, part endearing coming-of-age story, and part Battle Royale”, ‘Daybreak’ narrates its events via flashbacks, that alter between the past (before the apocalypse) and the present. We learn about Josh, his previous days in school, his budding romance, and his relationship with his family. The story then flicks back to the present to show how everything goes for a toss after the ghoulies take over the city and the different factions clash for survival.

‘Daybreak’ is a character-driven show, with every person having his/her own backstory. Josh may be the protagonist but every accompanying character, as well as the antagonists, get enough time onscreen. And this is the beauty of the series.

You can check out the official trailer for ‘Daybreak’ season 1 below: