Dead to Me Season 2 Ending, Explained 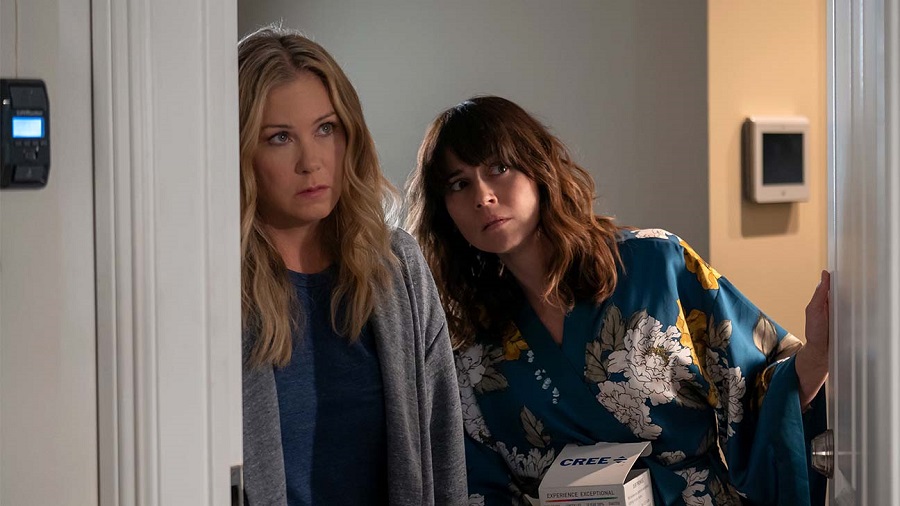 ‘Dead to Me’ returns on Netflix with a crazier season that leaves the viewers breathless by the end. It dives deeper into the emotions of its protagonists while also giving them room for growth. All the while, it keeps the audience engaged with shocking twists at the end of each episode. It wraps up with a finale that ends on an even better note than the first one. Here we break it down. If you haven’t yet caught up with the show, head over to Netflix. SPOILERS AHEAD.

Judy helps Jen to cover up the murder of Steve. However, tensions run high with the new secret between both of them. Also, Jen has not told Judy the complete truth about why she killed Steve. Detective Perez becomes suspicious of them, especially as the sudden disappearance of Steve becomes more mysterious for her. Nick comes back into the picture, and Judy finds a new love interest who has an interesting ex of their own. A shock comes in the form of Ben, Steve’s non-identical twin brother, who takes a liking to Jen.

The Ending: What comes next for Jen and Judy?

The first season of ‘Dead to Me’ focuses on Judy hiding the secret about killing Jen’s husband. The second season focuses on Jen hiding the secret about Steve’s death from Judy. For two seasons, it had been about both of them revolving around each other, being on the same team while also secretly wondering if they will be rejected when the secret comes out. Their arcs had taken over the spotlight, and we didn’t pay attention to anyone else. The ending of the second season changes it and teases some exciting arcs for the third season.

Let’s start with Charlie. Ever since the death of his father, he has been tackling anger and grief, just like his mother. However, unlike Jen, he didn’t get closure about anything. With her mother’s increasingly erratic behavior, things got even more difficult. Overall, he tried to keep it in control, but all of that effort comes undone in Season 2 finale.

Before turning herself over to Perez, Jen had left letters for Judy and her sons. However, before Judy could tell the boys anything, Jen came back, and all was well. Only, Judy didn’t do a good job of hiding those letters. Looking for weed, Charlie found them in a box under her bed. In the letter to Judy, Jen had clearly mentioned the death of Ted and the fact that she had forgiven her about it. Charlie is smart enough to put two and two together. It is a betrayal not only from Judy but also from his mother, who kept the identity of his father’s murderer a secret from him. However, before he can break all hell loose on them, he will have to wait for them to get well.

With the money that was hidden in Judy’s paintings, she buys off Lorna’s share in Jen’s house. They are on their way home with the new car for Charlie and notice that the stop sign has been placed where Jen had asked for it. While processing this happiness, they are hit by another car, even before they had crossed the stop sign, which is very ironic. The car accident is also a throwback to the first death in the show- Ted, who had died in a hit-and-run. This scene also tells us a very important thing about Ben.

Ben had appeared in the show, very shockingly, as Steve’s twin brother. Though they looked alike, they couldn’t have been any more different. While Steve was cunning and manipulative, Ben was sweet and thoughtful. He won over Jen, who is the last person that anyone can win over. We had sympathy for him throughout the season as we found him worrying over his brother, not knowing that Steve is already dead.

When he hit Jen and Judy’s car, he was drinking, and he did not stop to see who he had hit. He didn’t get out of the car to find out if the other person was okay. He didn’t know that it was Jen and Judy, and vice versa. Perhaps he would have stopped then. But he ran, and that reminds us of the same thing that his brother had done after Ted was hit by his car. It turns out that Ben does share some similarities with Steve other than his looks.

The reason why Ben was drinking is another twist in the story. He had just received the news of Steve’s dead body, and he went out to process it before telling it to his mother. He was probably headed to Jen’s and didn’t notice the stop sign, which led to the accident. The discovery of Steve’s body opens the official inquiry into his murder. Because Perez already knows the truth, it would be interesting to see how she reacts while being on the inside of the secret for once. She might handle the situation well enough if she is the lead on the case. But because Steve was under investigation from the FBI, they could come to Laguna Beach to look into the matter, which would mean even more trouble for Jen and Judy.