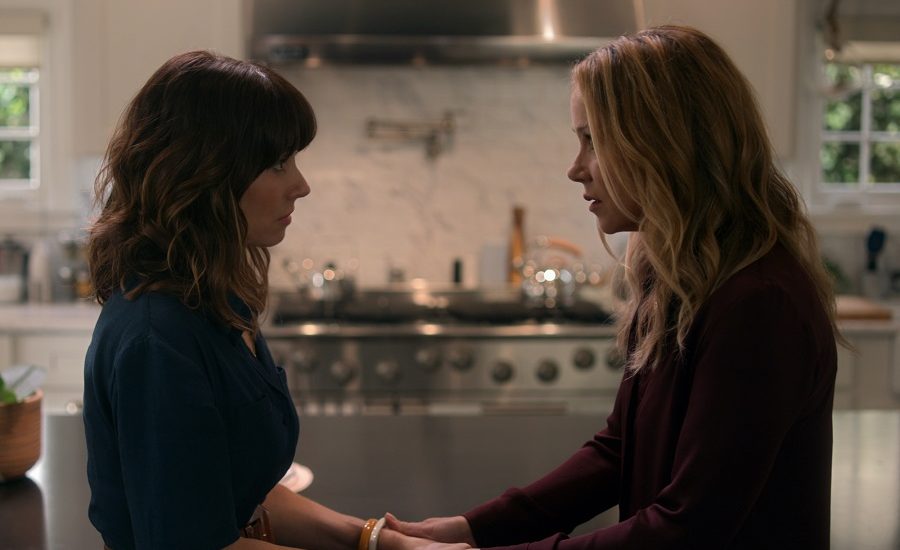 For Jen, the biggest concern is for her children. All this time, no matter what happens, she has always, first and foremost, thought about how it would reflect on her kids. Lately, however, she has been losing her grasp on that. Her slip up on one thing led to a different chain of events that brought Charlie into the same picture. She was even messier about handling that situation, and now, it has come back to bite her.

It would be easier for her to keep a hard exterior for the rest of the world, and protect herself against them. But what happens when her children come to know about what she has done? What happens when they find out about the blood on the hands of their mother as well as that of her best friend? How will they deal with it when they come to know that she has not only hidden the murder that she committed, but also kept them in the vicinity of the person responsible for the death of their father? Lucky for Jen, she doesn’t have to worry about it just yet.

Dead to Me Season 2 Episode 8 Recap

Charlie confronts his mother about Steve’s car, and Jen comes up with a hasty explanation about it. When he asks why they are not telling the cops about it, she brings in the event of him driving without a license and how it could spell trouble for him. Another confrontation sparks up between Jen and Judy, where they discuss why it is okay for Jen to be kissed by Ben, but Judy should not be with Michelle.

At the retirement home, Judy finds out that Michelle’s mother is sick, and she visits her in hospital. But Perez is also there, and she tells Michelle everything about what is going on with Judy and her missing ex-fiancé. A threatening message is graffitied on the garage door. Jen decides to keep her distance from Ben, but when he offers her a real estate deal of a lifetime, she is tempted to act otherwise.

Dead to Me Season 2 Episode 8 Review

Why did Jen have Steve Wood’s car? This is what Charlie asks his mother, and she manages to make up a believable story about it. But this does not mean that she won’t be asked this question again. The next time, however, she will not be believed so easily. There will be fiercer poking and prodding, and there is a good chance that her story will fall apart, especially because her guilt has shot through the roof by now.

As if lying to others wasn’t enough, now she has to do that with her children as well. She feels terrible for Judy, from whom she has been hiding some things while asking her to do a lot. She also feels conflicted towards Ben, who is a very good person and very attracted to her. Despite her better judgment, if Jen does allow herself to be with him, she will have to deal with his pain for his brother. By far, Ben looks like the man version of Judy which is what makes us feel all the worse for him.

Speaking of Judy, who is possibly the most understanding person in the world, life just gets tougher for her. She had reconciled with Michelle, but her past, which is not far back enough in time to warrant forgetfulness, is creating troubles for her everywhere. After Perez tells Michelle about all the crimes that Judy has been held responsible for, as well as the ones that she is suspected of, the chances of them getting together regress significantly. She is also struggling with the issue of her infertility, and the fact that she can’t even get a job as a cuddler because of her criminal history makes her situation all the sadder.

The episode leaves both Jen and Judy at an emotionally vulnerable point. With just an hour’s worth of events left in the season, it looks like they will have to pick up the slack and prepare for battle soon enough.