How Rich Are Deadliest Catch Captains?

‘Deadliest Catch’ is a reality television series that puts the focus on the lives of fishermen as they deal with the deadly dangers of crab fishing during the Alaskan king crab and snow crab fishing seasons. Since its premiere in 2005, the show has garnered critical acclaim and is one of the most high-rated shows on the Discovery Channel. It has spawned sixteen seasons so far and has also amassed several accolades.

Apart from its thrilling nature, the adventure series has been lauded for showcasing the authentic camaraderie between the crew and the seasoned Captains, who have to make difficult decisions and deal with the stiff competition with other boats. Curious about the net worth of the Captains of ‘Deadliest Catch’ and how much do they earn? We have got your back!

Born on Apr 28, 1966, Sig Hansen is the Captain of Northwestern since he was 24. The fishing vessel is one of the highest producing vessels and has never recorded a single death under Sig’s supervision. He has also served as the voice actor for ‘Cars 2,’ and has also participated on ‘The Celebrity Apprentice.’ He has been a part of the ‘Deadliest Catch’ since the first season, rounding his estimated net worth at $3.5 million.

‪Because you asked, AND because tonight is the season premiere of @DeadliestCatch 🌊Season 16 on @Discovery , I’m going to share the recipe for my famous Captain Keith Crab 🦀 Dip. Anyone interested? #deadliestcatch #crabdip #season16 #wizard #premiere #Recipe ‬

The first-generation fisherman has been fishing since 1985. He acquired the fishing vessel Wizard in 2005 and has since been directing the activities of the boat, as the Captain and Operator. If we consider the produce from his vessel and his earnings from fourteen seasons (3-16) of the Discovery Channel show, Keith Colburn’s estimated net worth comes close to $1.5 million.

One month on Instagram and over 6,000 followers. Thank you everyone for following me and for all your encouraging posts! Stay safe and healthy! God Bless You All!! #ThankYou #CaptainJohnathan #CaptainJohnathanHillstrand #DiscoveryChannel #TimeBandit #Sagabandit #DeadliestCatch

The Alaskan native has been a commercial fisherman since he was 17. Along with his brother Andy, Johnathan own the fishing vessel named Тіmе Ваndіt, which is up for sale. Currently, he is the co-captain of FV Saga, which appears in season 16. When he is not on the show, Johnathan helps around his family business, which includes Time Bandit Fireworks, Time Bandit Spirits, and Time Bandit Entertainment, among others. He has also appeared in a Geico Insurance commercial, with Andy. All in all, from a commercial point of view, Johnathan enjoys an estimated net worth of $2.2 million.

The third-generation Alaskan fisherman appears on the Discovery Channel show, along with his brother Johnathan, with whom he shares the ownership of FV Time Bandit. After the network discontinued featuring their vessel on the show, the brothers have continued to be the cast members, co-helming the vessel Saga. Apart from fishing, Andy and his wife run a family business named Hobby Horse Acres. His estimated net worth comes close to $1.5 million.

Jake became the Captain of the crab fishing vessel Saga in 2015. Before that, he has served as greenhorn and deck boss of Northwestern. In April 2018, Jake earned a whopping $2.5 million in 11 days from his fishing vessel. Being an avid skateboarder, Jake has a signature skateboard shoe under the brand, DVS Shoes. His 2014 biography ‘Relapse’ has been listed as a best-seller. Jake earning from the sales and the show amount to an estimated $1.8 million.

Bill “Wild” Wichrowski has been in the commercial fishing business since 1980. Throughout the show, he has switched from F/V Kodiak, F/V Cape Caution to F/V Summer Bay, since season 13. The estimated net worth of naval engineer, boat electrician, and a highly successful Captain is around $3 Million. 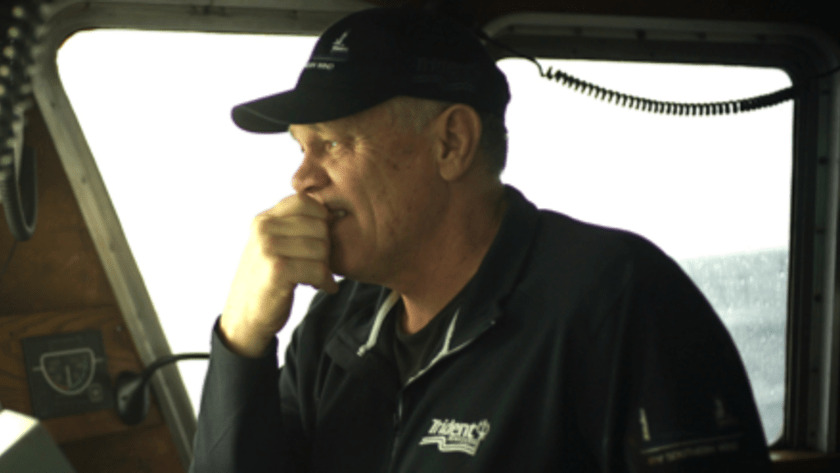 Steve Davidson AKA Harley forayed into the world of wishing as a cook. After working on a fishing vessel for a while, he tried his luck with salmon fishing, but jumped back to crab fishing and has been a part of the show since season 15, at the helm of the F/V Southern Wind. Considering Steve’s earnings from the show and crab produce, his estimated net worth is close to $1.5 million.

Josh Harris took over the mantle of Cornelia Marie after the tragic death of his father, Phil Harris. With an estimated net worth of around $800 thousand, Harris is currently the co-owner of one of the most successful fishing vessels in the Bering Sea, Cornelia Marie, along with Casey McManus, whose net worth is reportedly $700,000.

Another one in the books!!! #king #crab #deadliestcatch #fishing

Scott captained his first ship Seabrooke in the year 2008, at the age of 26. He is currently the captain of the fishing vessel named Lady Alaska. If we consider his earnings from his appearance on the show and the crab fishing produce, Scott’s estimated net worth comes around $600,000.

Monte is the younger brother of Captain Keith Colburn and has followed his brother’s footsteps by getting into the crab industry. Along with being the Co-Captain of F/V Wizard, Monte has also appeared on ‘Deadliest Catch: Legend of the Wizard’ and ‘Deadliest Catch: A Season in Hell.’ His estimated net worth is close to $1.5 million.