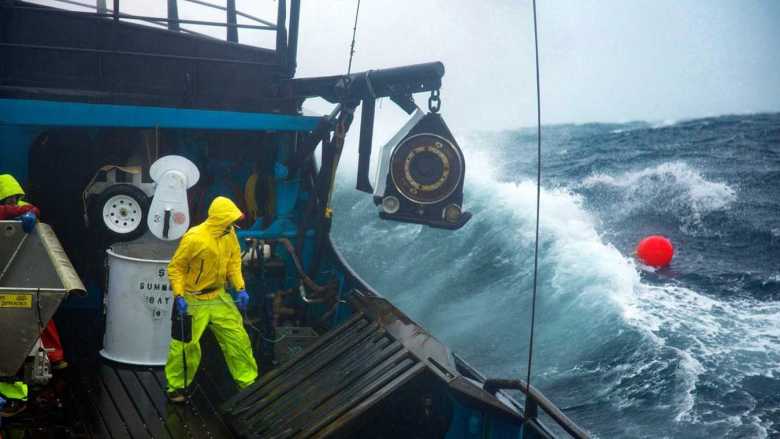 ‘Deadliest Catch’ needs no introduction; it is, after all, one of Discovery’s longest-running documentaries. The high-0ctane series gives a real-time view as daring fishermen scour the harsh, ice-cold waters of the Bering Sea during the Alaskan king crab, queen crab, and snow crab fishing seasons. Owing to the high risks involved in these quests, the show proves to be an addictive watch. No wonder, it has spanned multiple seasons, with Discovery currently airing its 16th outing. The ongoing installment has spanned 11 episodes to date and here’s where and how to watch the next episode.

The upcoming episode is called ‘Dutch Harbor Double Cross’. The crew aboard Summer Bay faces a huge complication when Bill’s backup block goes missing. The skippers on Cornelia Marie, Josh and Casey, navigate a tenuous partnership at the Russian line and their speed is considerably reduced when their vessel is weighed down by three full tanks. Meanwhile, Sig puts a heavy Northwestern in Mandy’s hands.

You can catch the latest episodes of Deadliest Catch’ season 16 on tv as and when they air on Discovery, by tuning in at 8 p.m ET each Tuesday. You can avail this service by opting for a cable subscription. The next option is to catch all the aired episodes on Discovery’s official website, as well as, the Discovery Go app.

Live-streaming is also an alternative for many cord-cutters. Without a cable subscription, you can stream the show on Directv, Fubo TV, YouTube TV, Philo TV, and SlingTV — via any of your devices, which include iOS and Android, Macs and PCs, Roku, Apple TV, Amazon Fire TV, Android TV, and Chromecast. Episodes are additionally available for rent on Amazon Prime Video.

Episode 11 sees Scandies Rose face a major disaster. Scott Campbell Junior and his crew are seen facing off one of the greatest casualties ever in the treacherous waters of the Bering Sea when their vessel is almost on the verge of sinking. But the team gets help on time and survives. Meanwhile, Lady Alaska has a bilge pump issue. ‘Chase Boat Rescue’ is definitely a spine-chilling episode that throws light on the dangers faced by fishermen on a daily basis in the high seas.

Summer Bay also faces its own issues when Wild Bill Wichrowski notices that the LED lights have been damaged due to a massive wave that crashed against the boat. Deck engineer Nick is however able to fix them on time. On the Cornelia Marie, Maria Dosal gets badly hurt when a rogue wave sends her hurtling toward the freezer where she bangs her head and gets a concussion. On a good note, skippers Josh Harris and Casey McManus discover a spot where they haul in a good portion of opilio crab.

Read More: Where is Johnathan Hillstrand Now? Did He Retire?