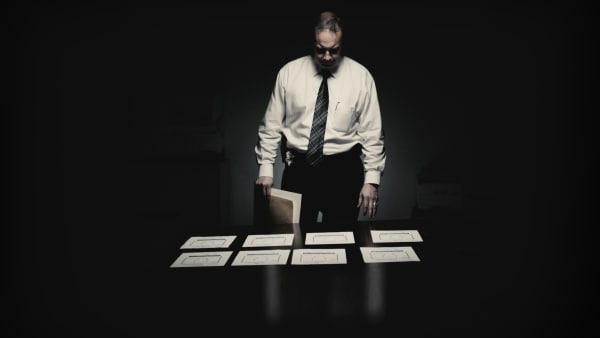 When true crime first materialized as a full-fledged genre on TV, the initial wave of shows were not really precursors to reopening cases or changing the course of how an ongoing phenomenon in the criminal world or how the law deals with it – the cases were the forerunners, and unlike what the many true crime frontier spokesmen often promote the genre as the shows often just parrot whatever archival files and already documented information there is on the case. Such were the basis of the earliest documentaries; however, this was not to the qualitative detriment of them.

As a matter of fact, true crime has evolved as a serious medium in the west in a much more mature and practical fashion than regular tabloid journalism has. It is true that such a thing as the ‘true crime film boom’ (containing without exception Category-III films) happened in China, and even Hollywood had for a very brief period tried to mimic something of the like, and that even on purely the TV series frontier, the genre became prolific to stay undiluted by the end of the late ’90s. But this still puts them leagues beyond the usual non-fiction TV paraphernalia: an average true crime series is still much more substantial purely from an information checklist standpoint compared to the dime-a-dozen reality shows in the guise of quasi-documentaries. It should present a testimony to the diversity among the subgroups referred to as the blanket term ‘True Crime’ that  Errol Morris’ 1988 documentary The Thin Blue Line, which is held as the holy grail – an ideal to be sought – by all directors of true crime documentary films and TV series, was about a criminal who was wrongfully convicted.

A subgenre that forms the bulk of Investigation Discovery’s seasonal slate (and likewise that of all true crime networks) piggybacks on the elusive public interest in serial killers, who are often individuals who present intriguing (if also repulsive) cases of sociopathy. Deadly Legacy is an example of how a show can subscribe to this trend, and still showcase investigative journalism done right. Instead of reusing already documented knowledge, Deadly Legacy instead extends its research towards the apocryphal rather than the archival, attempting to chase down and identify murders that were unaccounted for and truly remain a mystery.

Deadly Legacy Cast: Who’s in it?

Deadly Legacy is a documentary on a case that had practically gone cold for decades, and in the spirit of a true documentary, it completely does away with the need for a third-party narrator, and chooses to make the script immerse into the many one-on-one interviews, archived footages, and visual representation of relevant information in a streamlined way.

The show’s cast, if it can be called that, consists solely of these persons of interest – lawyers, victims’ relatives, experts who have studied the case. If there were to be a season 2, one should expect it to be no different in spirit, and depending on whether some revealing information miraculously comes out and/or the case officially reopens, it might include more persons of interest and detectives who will present more insight into the subject cases.

Deadly Legacy Plot: What is it about?

Deadly Legacy, as we have previously mentioned, is a show that focuses on dispelling the shroud of mystery that surrounds one of the most infamous serial killers, who haunted the streets of Chicago like an impossible phantom in the early ’90s, Jonh Wayne Gacy. A very amicable and lawful man on the surface, Gacy had murdered 33 teenage boys in cold blood and buried many of them in the crawl space of his home. Of these murders, only 26 victims had been identified after he was finally caught and jailed, and eight of the known murder victims remain unidentified, as he died before more confessions could be extracted from him. Deadly Legacy reopens the case forty years after the actual conviction of Gacy and attempts to track down the clues as to who these eight (if not more) unknown victims could be.

Deadly Legacy Season 2 Release Date: When will it premiere?

Deadly Legacy is a three-part special documentary that wraps up its subject very neatly within the span, and gives away the indication of being a one-off, as these specials generally are. Season 1 of the show premiered on December 9, 2019. As far as the next season goes, the show has not yet been renewed by ID, and so given all these factors, an air date for a hypothetical season 2 remains uncertain. If the show does get renewed, Deadly Legacy Season 2 is expected to have a release date sometime in 2020.

As we stated earlier, almost all of ID feature shows that focus down one specific case or one specific person usually are one-offs, and on top of this, there has been no talks or announcements about a second season for the show so far – neither from the producers and spokespersons back at ID, nor from the crew involved in the first season, or any third-party newsmedia source. It is safe to assume that production for season 2 is nowhere near starting yet, which leaves us with absolutely nothing in terms of promo material for a new season like trailers or teasers.

However, since it will probably be a while before another potential season (if such a season does occur), it is a great opportunity in the meantime to watch the series and learn about the scathing and horrific legend of John Wayne Gacy in case you have not watched the show, but were planning to. You can also get a head start, as well as a good gist of what it attempts to document, by watching the official trailer for the debut season here.