‘Deadly Transaction’ is a new Lifetime movie that might be appreciated to a greater degree by ‘Breaking Bad‘ fans. The thriller follows two teenagers who convince themselves that they are not harming anyone by making counterfeit bills and using them. However, the apparently victimless crime takes a dark turn when they are discovered by their art teacher, who is deep in debt.

One can appreciate how money might make people act in strange ways. However, when the teacher catches them, they all set a fateful course, which is bound to result in life-threatening consequences. The tightly constructed story is sure to be accentuated by the setting, which might make you wonder where ‘Deadly Transaction’ has been filmed. We will not only cover that but also walk you through the cast of the movie. 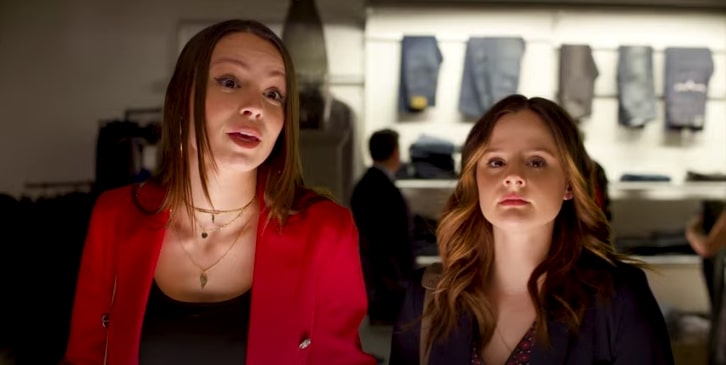 Not a lot of information exists about the specifics of filming ‘Deadly Transaction.’ However, we know that the movie has been shot primarily in Langley, British Columbia, Canada. The setting offers some rich visuals which make for an aesthetic film. More importantly, places like Langley have plenty of tax incentives that allow the filming process to remain within budget. It is a huge factor that the producers and crew consider before heading there.

Obviously, the presence of trained professionals to help in the filming process, and the existence of a reliable studio system for post-production work are added benefits that make shooting the movie much easier. While the film is shot in Canada, the location does not feature prominently in the film’s plot. The idea is to make it appear as if the events could transpire anywhere in the world, increasing a degree of relatability with the narrative.

The main cast members are Sarah Butler and Kayla Wallace. The former is from Puyallup, Washington, and had an interest in the arts while growing up. Sarah sang in choirs and took part in the school theater. Later, she relocated to Los Angeles to study theatre at the University of Southern California and soon began looking for jobs in films and shows. She had guest roles in a couple of ‘CSI’ shows but gained recognition after being cast as the lead in ‘I Spit on Your Grave,’ a remake of the 1978 cult movie.

Kayla Wallace is a Canadian singer, actor, and dancer, who was born on Vancouver Island and started performing from the young age of six. Kayla’s love for theater grew into a passion for cinema and television after she attended the Canadian College of Performing Arts in Victoria. Kayla then moved to Vancouver to train as well as pursue her professional career. The actress has appeared in some notable works like ‘The Good Doctor.’ You can check out Kayla’s picture while shooting for the movie.

Therefore, it is clear that ‘Deadly Transaction’ has made great use of the location to weave a tale that will keep us on the edge of our seats. It is not just a pragmatic location choice, but a creative one as well. Moreover, the talented cast members who appear are from around the area, so it is easier to work with them. All these factors come together to make a thoroughly enjoyable and memorable film.

Read More: Sisters of the Groom Cast and Filming Locations