‘Deadwind’ is a nordic-noir that follows the story of a gruesome crime and a troubled police officer who is put in charge of solving it. Before the events of the show, we are told that Sofia Karppi has lost her husband in an accident. Now, she lives with her step-daughter, Henna and son, Emil. With all of them trying to process their grief, a wall develops between them which becomes the cause of strain for Sophia throughout the season. Things get tenser when the responsibility of solving a particularly tricky case falls on her.

Sofia returns to her job and lands upon the case of a woman named Anna Bergdahl, who was buried in a shallow grave in her undergarments, holding calla lilies. Her clothes are discovered near the lake, neatly folded. Sofia’s partner Sakari Nurmi assumes that the woman must have gone out for a night-swim and drowned. However, the clothes and the missing purse convince her that something else is at play. Dogs are brought on the scene and soon enough both, the purse and the body are found. 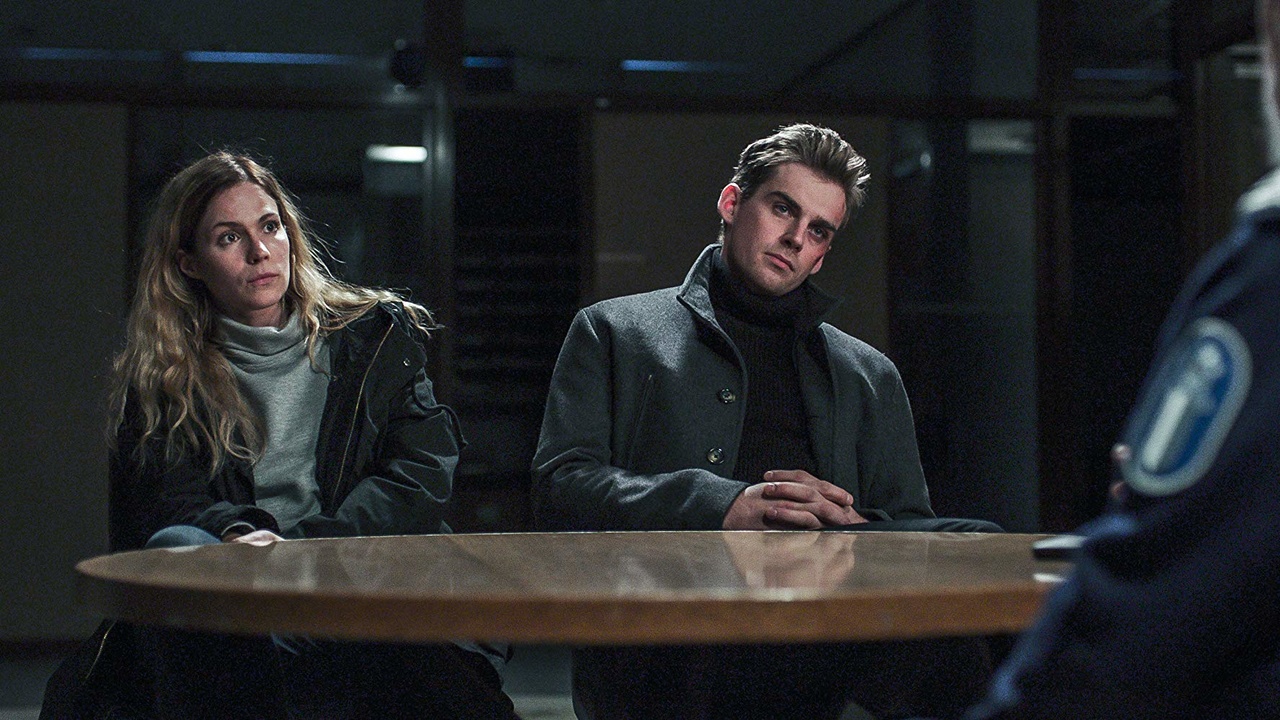 In any case of murder or assault, the first suspicion goes towards the people closest to the victim. Nurmi expresses his opinion on Anna’s husband, Usko, time and again suggesting that they should pursue him fiercely. However, Sofia is convinced that he had nothing to do with his wife’s murder. Her sympathy towards Usko is interpreted by Nurmi as a result of her own tragedy.

The next suspect in the case turns out to be the man that Anna had been working for. She was employed by Alex Hoikkala to consult for the new project of his company, Tempo. They are creating eco-friendly living spaces that would be powered by a new type of wind turbine that is more durable and smaller in size. The cops find out that Anna and Alex had been to a party on the night before her murder, where they’d had an argument. Later, Anna left to attend an after-party and was seen getting inside Alex’s car. However, Alex claims that he was too drunk to drive that night and doesn’t remember much about it. It is also revealed that Anna was having an affair with Alex and that she was fourteen weeks pregnant. 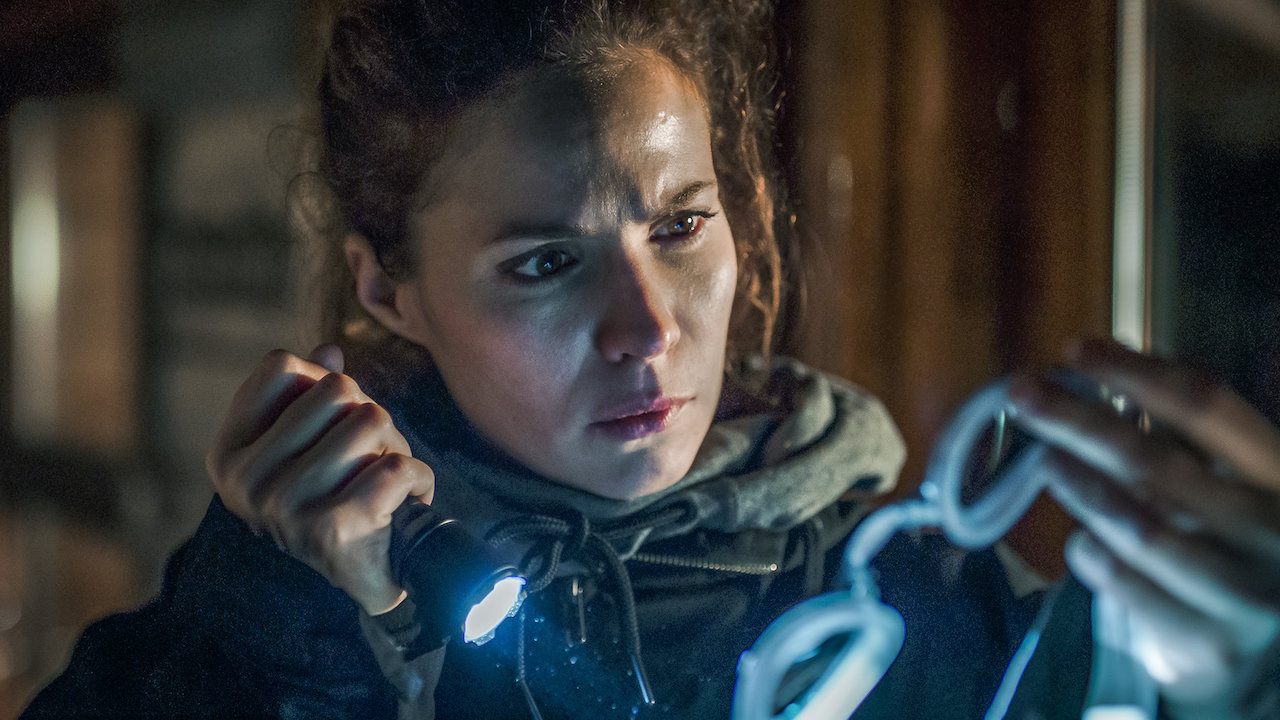 The cops get their next suspect when Alex and his wife get into trouble. A man named Andreas Wolf holds Alex responsible for something and he wants the truth to come out. But Alex has no clue what he is talking about. To push him to do his bidding, Andreas kidnaps Alex’s wife Linda and threatens to kill her. He also holds Alex at gunpoint and shows him a diving video. Just when it looks like he will shoot Alex, Sophia arrives on the scene and shoots Andreas, following which, he falls into a coma. It is also discovered that his gun was fake and that Alex and Linda’s lives were never really in any danger.

When all these options fail to connect all the dots, another figure comes out as the most likely culprit. Some digging into Anna’s life leads the cops to the fact that she had been spying on Tempo. The Finnish company had been collaborating with a German company named Weltkraft, to make the wind turbines. But while Tempo wanted to use it solely for residential purposes, Weltkraft found it to be a reliable source for dumping nuclear waste. For this, they needed inside information on Tempo, a job for which Anna was persuaded by a man named Rannikko. After he tries to kill Andreas, the cops believe that he must have killed Anna too.

As the layers of the case are peeled away, the whole story comes to light. It turns out that Andreas and his girlfriend, Hilde, had discovered Weltkraft’s plan when, while diving around the area, they came across the capsules in which the waste was disposed of. A leak in the waste led to Hilde’s radiation poisoning and she died soon after. Because the capsules had the name of Alex’s project on it, Andreas assumed that Alex was cheating people in the name of his eco-friendly apartments. But it turns out that Alex knew nothing about it.

Eventually, Usko comes clean and confesses to having hit his wife the night before her murder. He had come to know about her affair and became angry when she told him that she was going to leave him. However, he also claims that when he left, she was still alive.

While the cops explore Anna’s professional life, they also go back into her past. It turns out that she had run away from home when she was 15. She had been on a swimming team and the coach used to molest the girls. One of her friends died by suicide due to the trauma and was also pregnant. The coach would ask his son, Johannes, to stand watch outside the door while he raped the girls inside. He tried to do the same with Anna but she ran away and Johannes didn’t stop her, due to which he also received a beating from his father. Years later, Johannes changes his names to Jarkko and becomes Anna’s neighbor and starts stalking her.

In the end, it turns out that Jarkko was the one who killed Anna. After Usko hit her, she ran to Jarkko for help who took it as the opportunity to express his love for her and told her his real identity. When she tried to run away, he hit her on the head and she died. He buried her at the construction site with the same kind of lilies that she had held in her wedding photographs as a gesture of his love for her.

Nurmi figures out that Jarkko is Johannes and when he tells this to Sophia, she happens to be at Jarkko’s place. He attacks her and tries to kill her, but the cops arrive just in time to save her. However, Jarkko runs away. He kidnaps Usko’s daughters and goes back to the home where he grew up. Sophia and Nurmi figure out where he’s gone and arrest him for the murder of Anna.

In her personal life, Sophia suffers a setback when Henna decides to stay back in Hamburg, especially after the traumatizing experience of the sex tape. Nurmi reveals that when he was diving to figure out what Andreas and Hilde had seen, he was exposed to radiation. He takes some time off to recuperate and goes to Italy, leaving his car to Sophia.