When Will Dear White People Season 4 Premiere on Netflix? 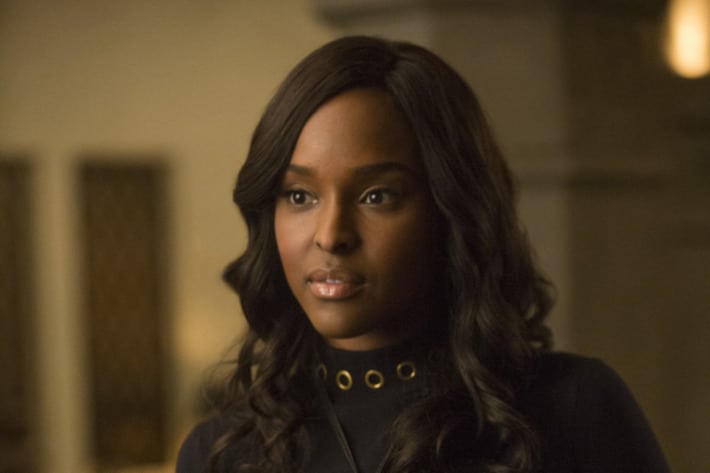 ‘Dear White People’ is an American comedy and drama series that airs on Netflix. This satire first premiered on April 28, 2017. The show is based on the film of the same name, and the director and writer of the film, Justin Simien, also writes and directs a few episodes of the show.

The show follows a group of black students who study at a predominantly white Ivy League college and navigate various forms of racial and other types of discrimination. Critics have raved about the series, saying, “Dear White People adds a welcome new voice to cinema’s oft-neglected discussion of race, tackling its timely themes with intelligence, honesty, and gratifyingly sharp wit.”

The show has had three successful seasons so far. Here’s everything we know about Dear White People season 4.

Dear White People Cast: Who is in it?

The cast of ‘Dear White People’ is led by Logan Browning, in the role of Samantha White. Brandon P. Bell reprises his role from the movie as Troy Fairbanks. DeRon Horton appears as Lionel Higgins while Antoinette Robertson plays the role of Colandrea “Coco” Conners. John Patrick Amedori of ‘The Butterfly Effect‘ fame plays the role of Gabe Mitchell.

Marque Richardson also reprises his movie role as Reggie Green, as does Ashley Blaine Featherson as Joelle Brooks. However, in the film, Featherson’s character is called ‘Curls’. Giancarlo Esposito who delivered a chilling performance as Gus Fring in ‘Breaking Bad‘ plays the role of the narrator on the show.

There are several guest and recurring cast members apart from the main cast. These include some notable names like Lena Waithe of ‘Master of None‘ fame appearing as P. Ninny. Tessa Thompson, best known for playing Valkyrie in ‘Thor: Ragnarok‘ and ‘Avengers: Endgame‘, appears in a couple of episodes as Rikki Carter. Notably, Tessa played the role of Samantha White in the movie.

Dear White People Plot: What is it about?

‘Dear White People’ is set in a predominantly white Ivy League college where we see a group of black students attempting to navigate the different types of discrimination be it racial or otherwise. The show brings a lot of satire and edgy comedy into the mix. Sam is the host of the university radio station that is on campus and taking full advantage of this opportunity, she turns this into her platform and uses it to fight against the social standing in the predominantly white campus space.

Moreover, there is an intersectional lack of privilege as well, as most of these black students come from economically weaker backgrounds, and thus there are identity fluxes as they must constantly prove themselves to be something other than what they are stereotyped to be. This is why the word ‘label’ keeps cropping up in casual conversations on the show. While the dean, played by Obba Babatundé, is an African-American, he is aligned with the establishment and its hegemonic biases, which makes him an interesting character in the show, as he is often at ideological odds with the students of color.

Vulture adequately summarizes the show in its review, saying “the series works hard to develop its own aesthetic, and succeeds. Like all good TV shows, it teaches you how to watch it, and after two or three episodes you start to get to know it the way you would a close friend. After a while, you start to look forward to particular devices, such as the point-of-view shifts that reveal what was happening on the other side of a wall, or the ritualized closing shots of each episode, which allow a character to break the fourth wall and seem to look right into our eyes.”

Considering the charged political climate in America and its backslide to regressive politics, the series seems timely and topical. Justin, the showrunner, spoke about his expectations from the upcoming season, saying, “I think we have to follow up what the Order of X is, what it means, what to continues to mean. The secret thing is something I want to build upon because it is part of the fabric of the school. I don’t know that I want that to be the focus of next season, but you can’t just run away from that storyline”.

Dear White People Season 4 Release Date: When will it premiere?

‘Dear White People’ Season 3 premiered on August 2, 2019. As far as next season goes, we have good news for the fans. On Oct 2, 2019, Netflix renewed the show for a fourth and final season. Like the previous three, it will run for 10 episodes.

“I’m so grateful my little indie-that-could has made it to four seasons at Netflix,” Simien said in a statement. “This show, along with the many talented storytellers it has brought into my orbit, has changed my life, and I can’t wait to create a celebratory final volume befitting such a transformative experience.”

Even though premiere date hasn’t been official revealed, our best guess is that ‘Dear White People’ Season 4 will most likely release sometime in August, 2020. Unfortunately for the fans, fourth season will be show’s last.

While we wait for ‘Dear White People’ Season 4, check out the season 3 trailer below. If you haven’t seen the show yet head over to Netflix to catch all the episodes of the previous seasons.