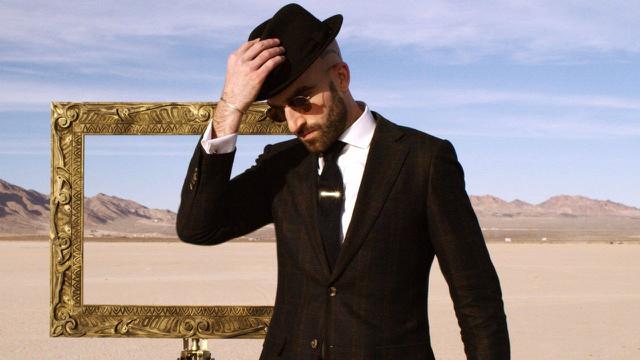 Death by Magic, originated and filmed in the USA, is a TV series directed by Simon Dinsell and produced by Jessica Molina, Steve Sobel, and Mike Vanderlinde among others. The series that first premiered on November 30, 2018, on Netflix has led Arthur Smith to great heights of fame as he is seen uncovering the history of magic as well as attempting some of the most dangerous magic tricks of all times. No surprise there, because who doesn’t like magic?

It was an impromptu discussion on magic that led to the making of the show. Arthur Smith said in an interview, “There are some unbelievable illusions in the show, but the show is shot on location in South Africa and England and Detroit and London, India, Miami. We started talking about the history of magic, and we started talking about how we could get a bigger glossier, cinematic kind of show.”

Death by Magic Cast: Who’s in it?

Drummond Money-Coutts is the main magician in all the eight episodes of the first season. Money-Coutts has had several near-death encounters in his career as a magician. He shared one such incident in an interview, “I did a stunt at Gleneagles where I tied myself to two golf buggies racing in opposite directions,” he said. “I had to free myself before it was too late. But as I struggled to remove the shackles, one of the ropes caught around my elbow, leading one of the vehicles to drag me down the tarmac, screaming. It was a miracle I didn’t get torn apart.”

Death by Magic Plot: What is it about?

Death by Magic is a story of a magician named Drummond Money-Coutts who travels across the globe, entertaining people with his magic tricks and sharing his infectious love for the craft. He proceeds to attempt the deadliest magic tricks which have gotten many magicians killed in the past. “It is, of course, a magic show,” he wrote. “But beyond that, it’s also a tribute to those magicians who gave their lives in the pursuit of greatness. It is a eulogy and a celebration of the dream-chasers who pushed themselves to the absolute limits of what is possible within our craft.”

Each episode is titled as the place where he performs the particular magic. Episode one is in Cape Town where he performs a magic trick that had proved fatal to a magician previously. He has to escape a locked box, which is placed on the train tracks as a speeding train heads towards him. The second episode is shot in Miami. He particularly gets trained by a retired Navy SEAL, where he comes face to face with his lifelong fear – aquaphobia. He has to get out of the car unlocking himself before it floods with water.

The third episode takes place in Detroit by the name Death by Audience. He delights Motown singers with a hand sleight and asks them to make a choice that would bring a crashing car down on their head. The fourth one is in London by the name Buried Alive. As the name already says, Drummond has to escape a coffin which is custom built, overcoming taphephobia, the fear of being buried alive. Las Vegas is featured in the fifth episode titled Against the Odds. This time he performs magic in a tattoo shop and aims to go against the odds, by taking the audience’s assistance by varying Russian roulettes.

The next episode is in India where he performs a typical magic trick. He has to escape an iron cage which is suspended above flaming spikes. He eventually emerges victorious, paying homage to the gruesome and legendary magic trick. Edinburgh witnesses Drummond in the next episode where he risks his life by being burned alive at a stake, after coming to know about a magician’s fiery death. Finally, in the last episode, he calls himself a daredevil, by attempting the final deadly trick at the Niagara Falls where he drops a wooden barrel into a small water pool.

Death by Magic Season 2 Release Date: When will it premiere?

Death by Magic season 1 released on Netflix on November 30, 2018, and highlighted the deep-rooted passion of Drummond Money-Coutts towards magic. Although there is no confirmation regarding the renewal yet but we surely expect Money-Coutts to be back with more deadly stunts, unleashing the darker side of the magician world. It’s really thrilling to imagine what Money-Coutts’s next trick would be and find out the history that goes behind it.

In all likelihood, Death by Magic season 2 can release in November, 2019. We will update this section as soon as we hear more.

Death by Magic is certainly for the people who love intense action. For all the magic lovers out there, Death by Magic season 1 episodes are available on Netflix, and the trailer can be watched here.