Death Come True: Everything We Know 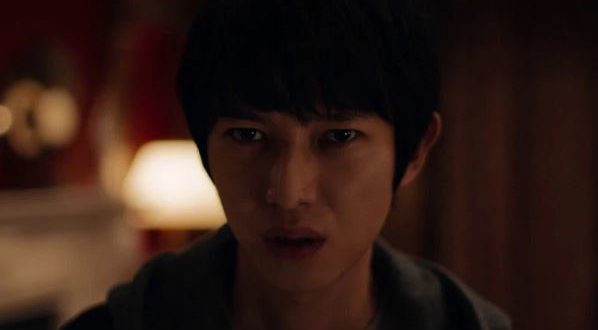 As gaming has evolved through the decades, one genre of games that has suffered a near-apocalyptic decline in popularity and influence is the FMV (Full Motion Video) adventure video game. While FMV was quite prevalent in the 1980s and 1990s, the advent of high-quality 3D animation pretty much relegated the style to relatively low budget indie projects.

However, the unique FMV visual style has been making something of a modest comeback in recent years, with various titles such as ‘Her Story’ and ‘Quantum Break’ releasing to various levels of critical and commercial acclaim.

Soon to join the ranks of the second wave of FMV popularity in games, is the upcoming adventure game ‘Death Come True’ by the creator of the venerated ‘Danganronpa’ visual novel franchise. Read on to find out everything we know about ‘Death Come True’.

‘Death Come True’ is a narrative based mystery adventure game presented in the inimitable Full Motion Video (FMV) format. In other words, real actors will act out the scenes that you watch in the game, with various dialogue options in between, that you can choose from.

The game seeks to combine the narrative elements of a good movie with the choice based mechanics of a video game. In the developer’s own words, ‘Death Come True’ is essentially an “Interactive Movie”. We have seen similar experiences before such as the ‘Black Mirror‘ episode ‘Bandersnatch‘, although ‘Death Come True’ clearly heads in a more supernatural direction.

The official story synopsis for ‘Death Come True’ reads:
“The story takes place in a hotel. The main character, Makoto Karaki (Kanata Hongo) is a wanted serial killer. However, he has lost all of his memories. Under such circumstances, when he dies, he has a mysterious ability to “time leap” and return to the past. As he’s being chased as a criminal, who can he trust? Who should he be wary of? What is his true identity? The man searches to find the truth as he repeats decisions and death.”

We have already been introduced to several of the eclectic cast of characters we can expect to meet in the game including:

While the game sounds like a standard killer mystery at first, there is a twist – the game’s Time Leap mechanic. Makoto has gained the ability to leap back in time whenever he experiences death.

This mechanic, coupled with the fact that Makoto is suffering from amnesia, seems to suggest that large parts of the story will be told through flashbacks. We have seen similar game mechanics before, most notably in Square Enix’s first ‘Life is Strange’ game.

Death Come True Developers: Who Are the People Behind the Game?

‘Death Come True’ is being developed by Japanese video game development studio Too Kyo Games. The studio was founded in 2017 by ‘Danganronpa’ series writer Kazutaka Kodaka and primarily consists of ex Spike Chunsoft employees. The music for the game is given by ‘Danganronpa’ and ‘Vanquish’ composer Masafumi Takada.

‘Death Come True’ is being published by Izanagi Games.

Death Come True Release Date: When and Where Can I Play It?

While ‘Death Come True’ does not have a concrete release date yet, the game is expected to arrive sometime in 2020. The game will be available to play on a number of different platforms including PC (Microsoft Windows), PlayStation 4, Nintendo Switch, Android and iOS.

You can watch the trailer for ‘Death Come True’ right here.