Has ‘Death in Paradise’ Been Renewed? 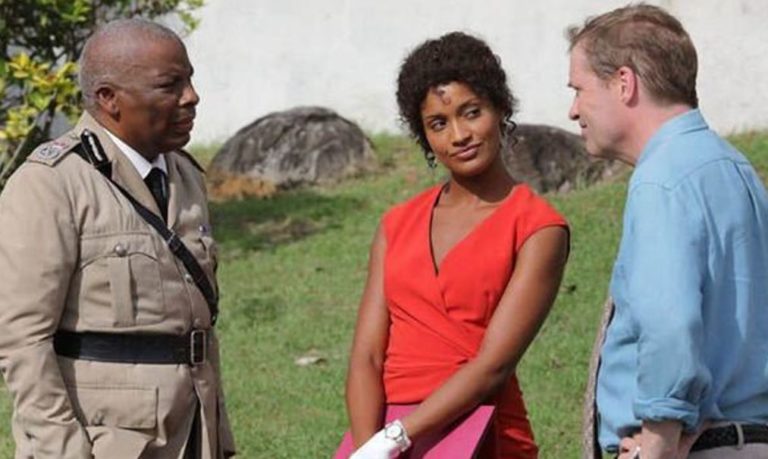 ‘Death in Paradise’, set against the quaint backdrop of the fictional Caribbean island of Saint Marie, is a crime tv series that airs on BBC One in the UK. The French-British drama has grown to be a staple for the channel since its original premiere in 2011. In fact, the viewership has only grown across the seasons (from season 1 to 4), and since the fifth installment, the numbers have been more or less constant.

Nine seasons and 72 episodes in and counting, the show is one of the most-watched titles on British tv. Now that season 9 is done and dusted, here’s all you need to know about Death in Paradise season 10.

Death in Paradise Season 10 Release Date: When Will it Premiere?

Death in Paradise season 9 premiered on January 9, 2020, on BBC One. After airing for eight episodes, it concluded its run on February 27, 2020.

When BBC announced the renewal of Death in Paradise season 9, it also confirmed that the show had been recommissioned for a season 10. However, the filming has been delayed due to the 2020 Corona pandemic. Season 10 was scheduled to commence filming in April 2020. But in March 2020, creator Robert Thorogood revealed on his Twitter handle that shooting has been put on hold because of the global health crisis. He wrote:

“Very sad to report that Death in Paradise Series 10 won’t start filming next month in wonderful Guadeloupe. We’re all a bit thrown, to say the least, but we’ll be back – at some point – and look forward to start killing people again as soon as possible.”

Very sad to report that Death in Paradise Series 10 won't start filming next month in wonderful Guadeloupe. We're all a bit thrown to say the least, but we'll be back – at some point – and look forward to start killing people again as soon as possible. https://t.co/l8d4ndORf6

So, although the show has returned each year in January since season 2, we can expect a change in schedule for the next season. Our best guess is that Death in Paradise season 10 should release sometime in March 2021, under the condition that filming resumes this year in May (and not later). Just like its previous editions, season 10 is also expected to have eight episodes.

Death in Paradise Season 10 Cast: Who Can be in it?

Season 10 is expected to see Ralf Little return to portray Neville Parker, who has decided to stay on the island during the season 9 finale. Other actors who will also make comebacks are Aude Legastelois as DS Madeleine Dumas, Tobi Bakare as JP Hooper, and Shyko Amos as Officer Ruby Patterson. Rounding up the lead cast will be Don Warrington as Commissioner Selwyn Patterson and Elizabeth Bourgine as Catherine Bordey.

Death in Paradise Season 10 Plot: What Can it be about?

Death in Paradise follows a detective inspector and his crew as they go about solving murders on the serene and fictional Caribbean island of Saint Marie. From season 9 onwards, the DI is Neville Parker, and he is seen following the footsteps of his predecessors in tackling multiple homicide cases in this seemingly peaceful paradise.

Each episode explores a different crime. For instance, season 9 follows the murder of a survival instructor, the death of a hairdresser, and the slaying of a blind actress’ husband, among others. The stories are close-ended and wrap up by the end of every episode. Season 10 will pick up the same format and feature eight equally intriguing cases and their deft solutions.

While we wait for more updates on season 10’s release date, you can watch the trailer for season 9 below:

Read More: Where Did ‘Death in Paradise’ Filming Take Place?