Death in Paradise Season 9: Everything We Know 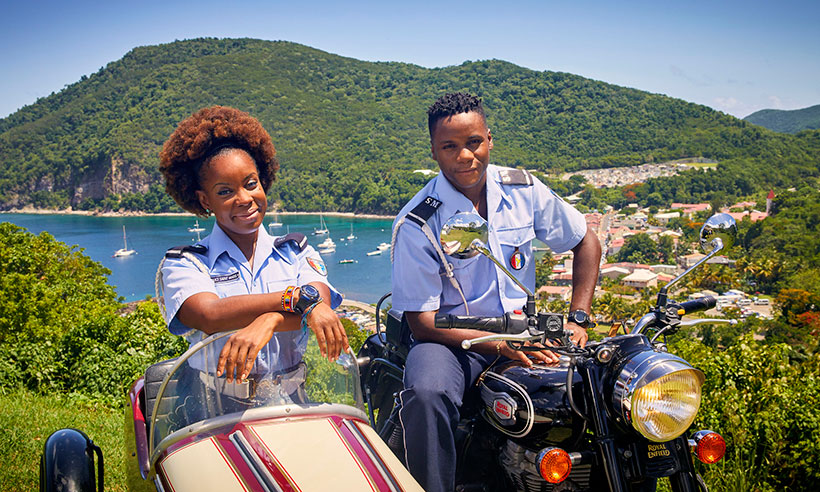 ‘Death in Paradise’, created by Robert Thorogood, is a crime drama tv series that follows a British inspector who is transferred to the quaint Saint-Marie island to serve in the local police department. However, he does not harbor much of a fondness toward the sun, sea, and sand. Yet, he needs to investigate the various murders that take place in the vicinity.

An English-French production, ‘Death in Paradise’ originally premiered in 2011 and it is one of BBC One’s highest-rated series. In the US, it airs on PBS. After concluding with its eighth season in 2019, the show was soon renewed for a ninth installment. Here’s everything we know about ‘Death in Paradise’ season 9.

Death in Paradise Cast: Who is in it?

Detective Inspector Jack Mooney, portrayed by Ardal O’Hanlon, is a police detective inspector from London and a recent widower. Jack replaces D.I. Humphrey Goodman as the new D.I. in Saint Marie Police after Goodman decides to stay back in London with his girlfriend. He shifts to the island with his daughter and soon starts leading the investigations in his unfamiliar neighborhood. He begins by reopening an eight-year-old case about the death of a newspaper editor. After solving this mystery, he decides to stay back in Saint Marie for a longer-term.

Officer JP Hooper, portrayed by Tobi Bakare, is a young, 21-year-old police officer, mentored by Dwayne. He stays in Catherine’s spare room and has an irrational fear of water. He has a crush on Rosey Fabrice, which finally culminates in romance and then marriage. Catherine Bordey (Elizabeth Bourgine) is a French woman and owns a bar where the cops often gather to share drinks and discuss cases. She is a single mom to Camille and in the later episodes, participates as a candidate in the mayoral election. By the end of season 6, she is seen to become the mayor of Saint Marie.

Commissioner Selwyn Patterson (Don Warrington) is the island’s police commissioner, who has progressed to occupy this position after climbing through several ranks. Officer Ruby Patterson (Shyko Amos) is Commissioner Patterson’s niece and a new entry, fresh after graduation. She joins as the replacement of Officer Dwayne Myers. Enthusiastic and overly excited, she is genuinely interested in doing her job.

Joséphine Jobert plays DS Florence Cassell, the efficient detective sergeant. She left the show in the middle of season 8, citing personal and professional reasons. She is replaced by French actress Aude Legastelois, who plays Madeleine Dumas, a new DS from Internal Affairs, who is sent to investigate a recent shooting.

Death in Paradise Plot: What is it about?

‘Death in Paradise’ begins by introducing us to a British detective named Richard Poole, who lands in the fictional island of Saint Marie to investigate the murder of a British police officer. Although Poole has no desire of prolonging his stay in this Carribean paradise, his superiors ask him to stay back after he successfully solves the case. Joining the department as Saint Marie’s new head detective inspector, Poole tackles regular cases that plague the small locality. At the beginning of season 3, Poole ends up getting killed and is replaced by detective Humphrey Goodman, who succeeds as the new chief investigator. However, even he resigns in season 6 and the position is taken over by DI Jack Mooney.

‘Death in Paradise’ follows the conventional approach of decoding clues and unraveling mysteries in and around Saint Marie. Each episode features a different case, usually depicting a murder, followed by the discovery of the victim’s corpse. Mooney is called in and he, alongside his team, launch their investigation by asking questions, deciphering secrets, holding interviews, following up on suspects, and scouring photographs. Eventually, Mooney decodes the case and summons a meeting — where he describes the evidence, reveals the perpetrator, and discloses the motive.

Season 9, just like its predecessors, is expected to feature more brutal crimes for Mooney and his team to solve. As per BBC, “Series nine will see the Honoré Police team get to know their new DS, Madeleine, while a surprise kiss catches Jack off guard.”

Death in Paradise Season 9 Release Date: When does it premiere?

‘Death in Paradise’ season 8 premiered on BBC One on January 10, 2019, with a viewership of 8.9 million. After spanning eight, hour-long episodes, it wrapped up on February 28, 2019. On the same date, it was officially announced that the series has been commissioned for a ninth and tenth season. Filming began in May 2019 and BBC has confirmed that ‘Death in Paradise’ season 9 will release on January 9, 2020 on BBC One in the UK. The show will release sometime in March 2020 on PBS for the US audience.

Here’s the ‘Death in Paradise’ season 9 trailer. You can also head to their official website if you wish to catch up on the latest clips and previous episodes from the show.