‘Death of a Cheerleader’: Filming Details

Lifetime’s ‘Death of a Cheerleader’ is a remake of the 1994 film, ‘A Friend to Die For’, which is based on the real-life murder of Kirsten Costas. The beautiful, affluent, and popular North California school cheerleader, was killed by her classmate.

The tale is as old as time, where the crime is committed out of jealousy. When a shy outsider from a lower-middle-class background, tries to improve her social standing by befriending the popular cheerleader, her advances are rejected. This sets the quiet girl down a dangerous road, fueled by a jealous rage that stems from her humiliation. It results in murder, and the film follows the aftermath of the shocking crime.

Since it is based on a real-life incident, you might be wondering about where was ‘Death of a Cheerleader’ filmed, for the sake of accuracy. Not only have we got you covered in that regard, but we will also walk you through the cast, whose performances make the Lifetime movie a success.

Death of a Cheerleader Filming Locations: 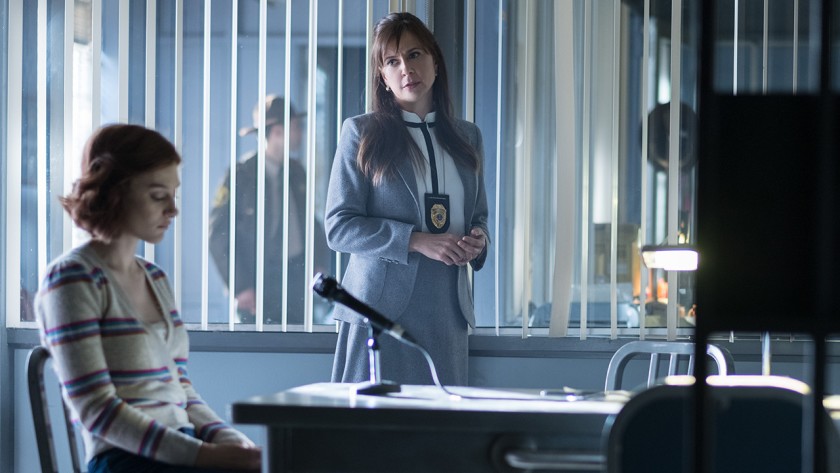 ‘Death of a Cheerleader’ is set in the fictional town of Colina, in California, where the central characters study at Holybrook High. However, the filming itself takes place in Canada, specifically, Vancouver, and the areas around it, in British Columbia.

Vancouver happens to be the third-largest film and tv production center in America, that is known globally for 40 years of quality. Most filming crews prefer heading to Vancouver because of the natural beauty, and the skilled workforce that has several areas of expertise. This allows crews to make the most out of local talents, allowing the films or television shows to remain within budget.

On top of that, there are several government tax credit incentives that a movie like ‘Death of a Cheerleader’ could benefit from. After all, the maximization of profit becomes easier, when the production process stays well within the budget. Therefore, big movies like ‘Deadpool‘ and ‘Okja‘ have been filmed here, alongside extremely popular shows like ‘The Flash‘ and ‘DC Legends of Tomorrow‘.

That being said, when it comes to ‘Death of a Cheerleader’, most of the filming takes place indoors, be it showing the school, or Bridget and Kelly’s houses. Thus, filming in Vancouver does not directly have any bearing on the story, as the place stands in for a fictional town in California. However, the locations have been carefully chosen, to capture how an innocent mind spirals to commit an act of depravity.

Death of a Cheerleader Cast:

The cast of ‘Death of a Cheerleader’ is almost a tip of the hat to the original film. Thus, we have Kellie Martin, who plays the killer in the original movie, appearing as the FBI agent who cracks the case, here. You can check out a fan’s tweet congratulating Kellie on playing two pivotal characters in both the iterations of the ghastly incident.

@Kellie_Martin I am watching 2019 movie "Death of a Cheerleader" you are detective. In 1994 version you were the killer. I love your movies. My Mom is 80, "Mystery Woman" is her Jam. And of course any movies you are in are great. pic.twitter.com/yQjol2DjND

As for Kellie, herself, the California born actress also happens to be a producer. She is known for works like ‘ER’ and ‘Army Wives‘.

The other cast members are Aubrey Peeples and Sarah Dugdale. The former appears as Bridget Moretti, the popular cheerleader, who is loved and adored by everyone at school. Sarah plays the part of Kelly Locke, the shy girl, who aspires to be like Bridget. Although Kelly performs well academically, she is spurned when she is rejected by Bridget.

Coming to the actresses themselves, Sarah was born in Canada and has appeared in renowned television shows like ‘Supernatural‘, and ‘Arrow‘, playing Becky in the latter. As for Aubrey, she was raised in a small central Florida town. Growing up doing theater from a young age, encouraged her to pursue a career in film. She also enjoys music and is an avid songwriter. Aubrey has been through several personal hardships like divorce, and attempted suicide, but has bounced back stronger than before. She is best known for her role in ‘Nashville‘.