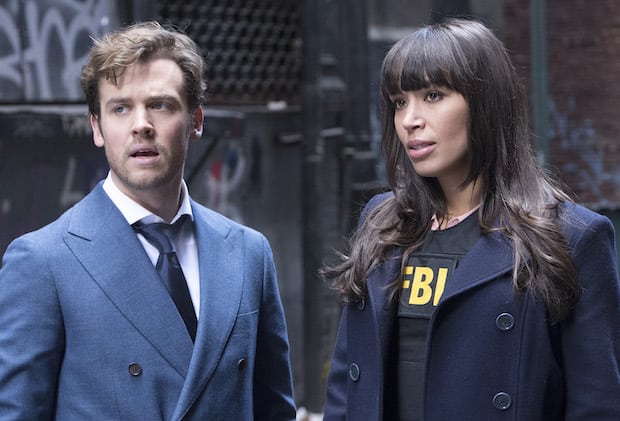 ‘Deception’ is an American crime procedural drama series created by Chris Fedak and airs on ABC. The series first premiered on March 11, 2018.  Greg Berlanti of ‘You‘ and ‘Riverdale‘ fame is one of the co-executive producers along with Fedak and of course, David Nutter of ‘Game of Thrones‘ fame.

The series is one of ABC’s many ventures into shows that depict civilian and law enforcement team-ups or are about crime solving. Some of the notable shows in this regard include ‘Castle’, ‘Body of Proof’ and ‘The Rookie‘. ‘Deception’ is right up there with them as we follow the story of a superstar magician who joins the FBI in the role of a consulting illusionist and helps them to solve various crimes after he finds his career ruined by a scandal.

While shows like ‘Deception’ are always crowd pullers because of the initial mistrust and then the growing team spirit between the law enforcement agency and the civilian consultant, critics did not take too well to the show. They were quick to point out that it hardly offered anything original but also acknowledged that there was a degree of lighthearted fun in the show that could make it an enjoyable watch.

Deception Cast: Who is in it?

The main cast of ‘Deception’ includes Jack Cutmore- Scott, who can be seen as Cameron Black, a popular Las Vegas illusionist, who then joins FBI as an Illusion Consultant to help the government by solving mystery cases. He also plays Cameron Black’s twin brother, Jonathan Black. Danny Corbo comes in as young Cameron Black and Sonny Corbo as young Jonathan Black. Ilfenesh Hadera stars as Kay Daniels, who is a sincere FBI agent and teams up with Black. Lenora Crichlow as Dina Clark is portrayed as Black’s producer and makeup artist.

We see Justin Chon as Jordan Kwon as a street magician, who also works on Black’s team. Laila Robbins appears as Deakins, an FBI special agent. Amaury Nolasco is cast as an FBI agent going by the name as Mike Alvarez. He is a secret fan of Cameron Black. Deakins supervises both Alvarez and Daniels. Vinnie Jones appears as Gunter Gastafsen, who is the world’s greatest illusion builder.

Recurring roles are played by Stephanie Corneliussen, a mystery woman, and Naren Weiss as Dekker, the weapon visionary for this woman. Evan Parke appears as Winslow, who forces Jonathan to do odd jobs for him. Billy Zane plays Switch who has ties with the mystery woman. There are several other supporting and guest characters who make the show a rich experience.

Deception Plot: What is it about?

However, the premise itself is rather hokey, since Black steals a lot of the spotlight thanks to his narcissism and makes the FBI look incredibly inept, which they are not. The mysteries are rather transparent, and there is a severe lack of surprises. Even the mysteries of a whodunnit are foreseeable from afar by those who might have never seen or heard of the genre before. Even the characters are rather cliched when we come across the maverick male and the scolding goody-goody female. I’m sorry, but Nathan Fillion and Stana Katic did it better as Rick Castle and Kate Beckett. They had much more charisma than the central protagonists of ‘Deception’.

However, the show has one thing going for it, and that is the fact of taking itself lightheartedly. Of course, it is silly and does away with any danger of having a civilian accompany on FBI cases. We also see all cases fall regularly to Kay and Black, much like Castle and Beckett seemed to catch all the cases all over New York. Basically, if you miss ‘Castle‘ and are not looking for as much charisma or sexual tension between the leads, and also if you happen to love magic, then this is the perfect show for you.

If there is an upcoming season, which does not seem likely, the showrunners already had an outline of a plot in mind, beforehand. The mystery woman would have featured to a much greater extent, and we would have seen her and Jonathan out in the world, often breaking the law. Cameron would come to realize that he had been betrayed by the very person he was trying to save, and perhaps eventually there would be a confrontation between the brothers. As someone who’s seen ‘Castle’, there is literally an episode where a magician stages an illusion to get a confession out of his brother’s killer, and Castle comes up with an evil twin theory in the same episode. Either ABC and the makers of ‘Deception’ do not realize the irony here, or they are consciously trying to build on an existing and popular show and its ideas.

Deception Season 2 Release Date: When will it premiere?

‘Deception’ Season 1 premiered on March 11, 2018. While the show attracted viewers, especially those who missed the comfortable and funny vibes of ‘Castle’, it received mostly negative responses. This prompted ABC to cancel the show on May 11, 2018. Though, fans should not lose all their hopes. There’s still a remote possibility that some other network picks up the show. If that happens, we will update you about ‘Deception’ Season 2 release date.

Here’s ‘Deception’ Season 1 official trailer that gives you an idea what the show is about.