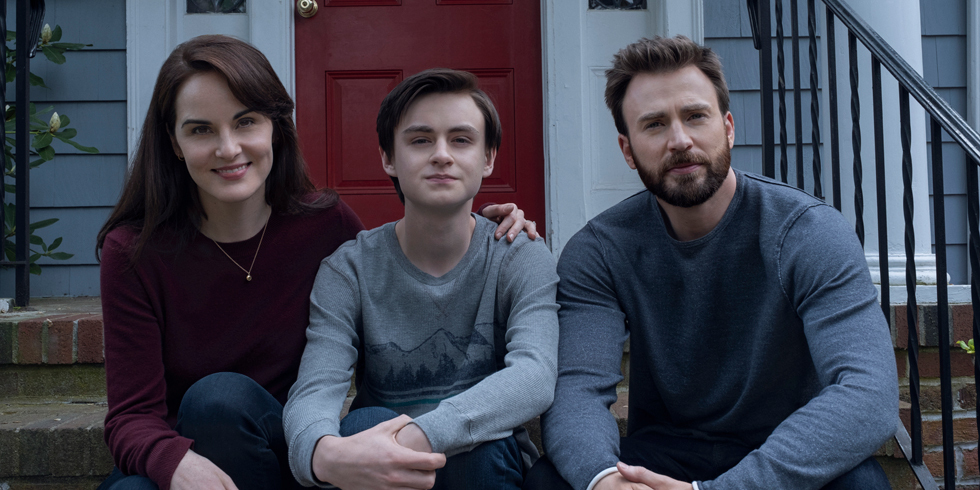 Apple TV+’s ‘Defending Jacob‘ sees Chris Evans take on the small screen and essay the role of a suburban father whose son is accused of murdering his classmate. The murder mystery television series is an adaptation of William Landay’s novel of the same name. The show also has an impressive cast, with Evans leading it, playing Andy. Michelle Dockery plays the character of Andy’s wife. Evans’ co-actor from ‘Knives Out,’ Jaeden Martell essays the titular character of Andy and Laurie’s son.

The Barbers are a happy family of three living in the close-knit town of Newton, Massachusetts. ‘Defending Jacob’ begins with Andy (Evans) being questioned in front of a jury. It is revealed that he was an assistant district attorney before the show turns back the calendar by ten months.

The Barbers plan on going to Mexico for a holiday. Later, Jacob’s school goes on an emergency lockdown as a fourteen-year-old student named Ben Rifkin is found dead in the park nearby. He was stabbed thrice in the chest. Andy is called to investigate (he is the assistant district attorney). One of Andy’s colleagues thinks that Andy might have a conflict of interest since Rifkin was his son’s classmate. However, Andy assures his superior that there will not be any conflict of interest from his side.

With police lieutenant Duffy, Andy questions multiple kids in school. None of them reveal anything substantial. However, one girl tries to say something about Jacob but changes her mind. When she leaves, Jacob follows her and asks her if she told them anything. “None of your business,” she says and moves on.

Duffy finds out something and shows it to Andy. A 36-year old man named Leonard Patz, who lives near the park in a condo, has been flagged since he had indecently assaulted a fifteen-year-old previously. Duffy reminds Evans that they ought to plan to question Patz carefully since they have nothing tying him to the case of Rifkin.

Jacob, Andy, and Laurie go to the Rifkins’ house to pay their respects. A lot of people from the town are there. Andy talks to Ben’s father, who is understandably grieving. Upon returning home, Andy works on the case. He gets a link from someone that takes him to Rifkin’s social media account. His classmates have been writing supportive messages on his wall. Andy reads Jacob’s comment: “Ben is dead. Why are you writing him messages? Acting like his best friends.” One of his classmates replies to that comment saying, “Everyone knows you did it. You have a knife. I’ve seen it. ” 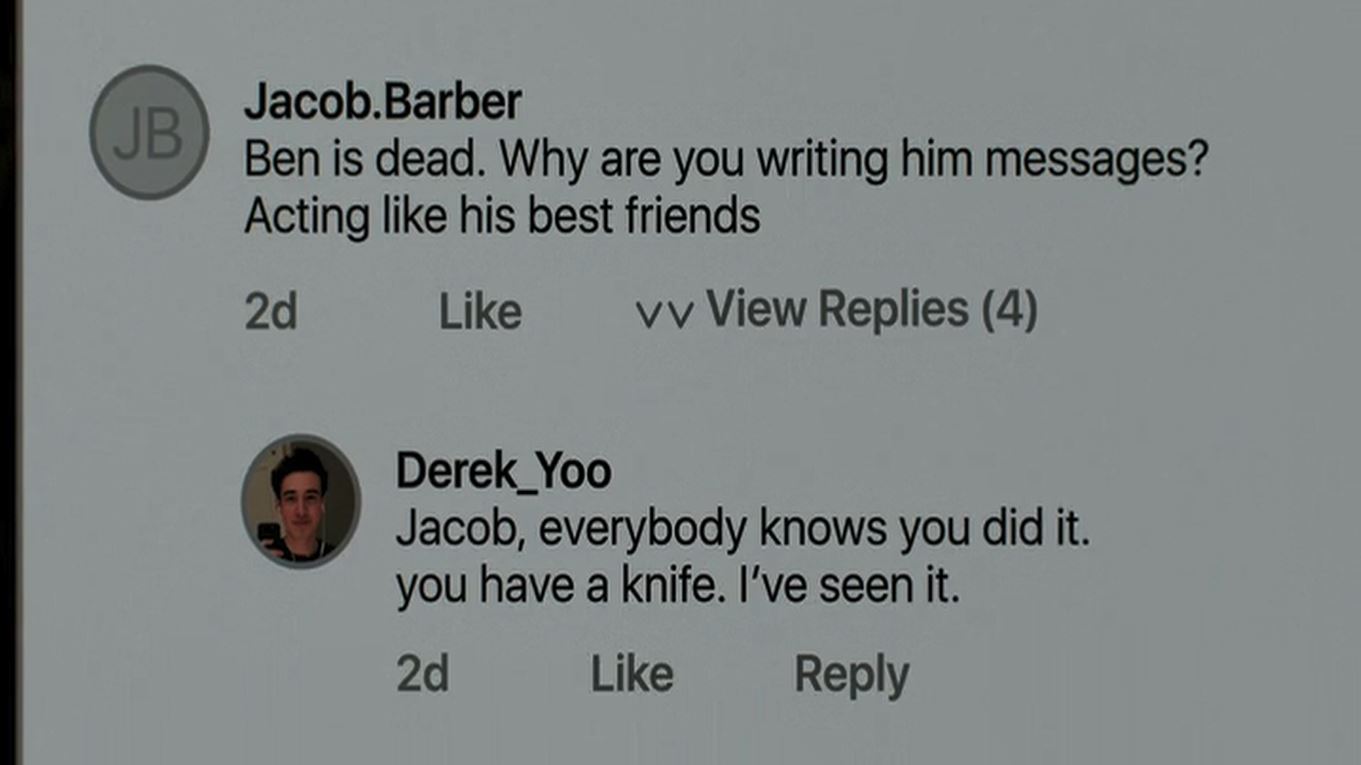 Then, Andy goes to Jacob’s room to look for a knife while he (Jacob) is sleeping. Andy does find a knife…

Despite a humungous investment, Apple TV+’s offerings have been largely unimpressive. Except for M. Night Shyamalan’s ‘Servant,’ most other Apple TV+ shows have failed to impress. It is too early to tell, but if one has to go by just episode 1, ‘Defending Jacob’ is also largely ordinary. Given the fact that actors like Chris Evans and Michelle Dockery are attached to the project, it is especially surprising to see that the first episode isn’t memorable. In fact, it is Evans’ performance that makes it watchable, saving the show from sinking completely.

It ought to be noted that this is still the first episode of the show, which definitely falls under the slow-burn genre. Hence, ‘Defending Jacob’ can pick up in the later episodes and engage viewers more. One of the things that the first episode does right is placing the setpieces and depicting the characters and setting meditatively. The close-knit nature of Newton is made pretty apparent, and so is the fact that the Barbers are a happy, functional family. This is what gives a hint of promise and potential to the show. These painstakingly developed premises might give way to something larger and more engrossing.

Apart from that, every cast member’s acting performance is effective, carrying the episode forward. Moreover, the atmospheric tone and nature of the show are highlighted well in the episode as it manages to capture the suburban town of Newton well. The show was filmed in numerous (a lot of) different towns and cities in Massachusetts. Yet, what is shown appears to be believably cohesive, as if the entire show were filmed in a single place.

That being said, the events of the first episode could have been shown in half the runtime without losing the intended impact. The episode depicts nothing that viewers would not have seen previously. There is a very subtle undertone of something that does not seem the way it looks going on. For instance, Jacob asking the girl whether she told Andy and Duffy anything was surprising for sure (not jaw-dropping, but a little surprising). However, the final twist, wherein Andy finds a knife in Jacob’s room, does not feel as shocking since this is already revealed in the show’s trailer.

Very rarely does any production criticize itself unintentionally. There is a scene in ‘Defending Jacob’ where Jacob tells Andy how he does not like symbolism in literary works. “Just tell the freaking story. Why do you need all these layers to decode?” he says. This dialogue is enough to summarise the first episode. However, if ‘Defending Jacob’ actually manages to take its time and deliver a satisfying payoff, this dialogue could turn out to be a wittily executed and pre-mediated defense.

Read More: Is Defending Jacob Based on a True Story?