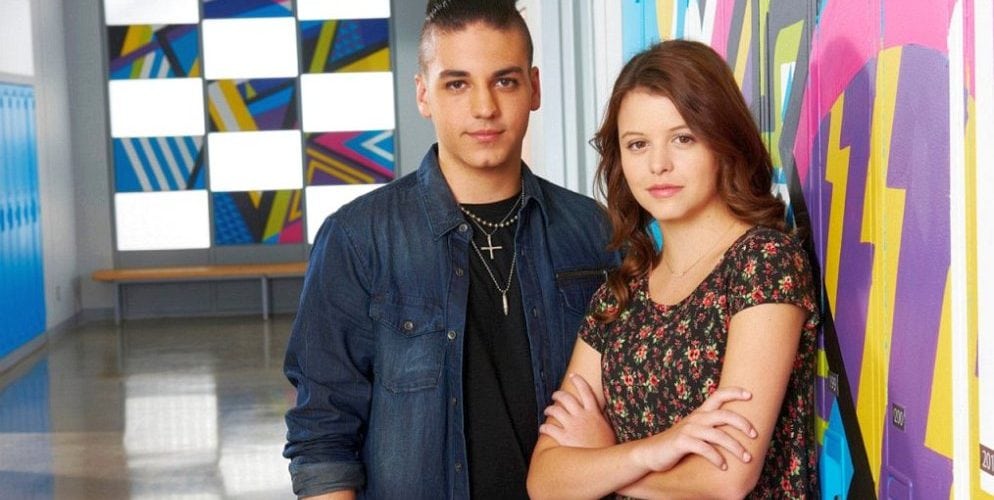 ‘Degrassi: Next Class’ is a Canadian teen drama that airs on the new teen programming block of Family, titled F2N in Canada, and is available in the US as well as internationally on Netflix. The show first premiered in Canada on January 4, 2016, and then became available worldwide on January 15, 2016.

The show has been created by Linda Schuyler, Yan Moore, Stephen Stohn, Sarah Glinski, and Matt Huether and is part of the ‘Degrassi’ franchise and follows the shows ‘Degrassi: The Next Generation’, ‘School’s Out’, ‘Degrassi High’, and ‘Degrassi Junior High’.

The series follows the lives of students in the Degrassi Community School, which is a fictional high school in Toronto. High school is a tough time for all of us, and as we grow up and begin to go out into the world, we have to face a bunch of issues that are pertinent to teenagers during that time. Likewise, the show deals with a gamut of such issues including sex, graffiti, teen pregnancy, drug abuse, date rape, bullying, self-image, and mental health. It also tackles things like sexuality, self-injury, suicide, abortion, domestic violence, death, racism, among others.

Being part of the franchise, the series had no trouble finding fans, and critics too were receptive of what the show tries to put out there.

Degrassi: Next Class Cast: Who is in it?

The main cast of ‘Degrassi: Next Class’ is led by Stefan Brogren who plays Archie Simpson, the principal of the school. The other the cast members who appear as students, include Eric Osborne as Miles Hollingsworth III, Ricardo Hoyos in the role of Zig Novak, Andre Kim as Winston Chu, Ehren Kassam who appears as Jonah Haak, Ana Golja as Zoe Rivas, Lyle Lettau who is seen as Tristan Milligan, Nikki Gould in the role of Grace Cardinal, Olivia Scriven as Maya Matlin, Richard Walters as Tiny Bell and Soma Bhatia in the role of Goldi Nahir. Notably, these cast members all left at the end of Season 4 since they graduated.

If there is an upcoming season, there is a good chance that the characters we see will be completely new, since we will be introduced to a fresh batch of students. However, we would not be surprised if some familiar faces from the franchise popped up now and then.

Degrassi: Next Class Plot: What is it about?

‘Degrassi: Next Class’ is a show about teenagers in a high school and that is exactly what the plot delivers. It depicts teenage in an extremely relatable manner, although for your sake, I hope you did not do as many drugs as some of the characters on this show. The series is incredibly soapy and tends to overdramatize a lot of things. This, of course, makes it not only appealing to teenagers but also adults who use it as an escape from their own problems of filling out taxes or paying rent.

Since the cast of ‘Next Class’ is huge, there is great diversity, be it having a gay gamer or a hijab-wearing feminist. If you are looking for progressive liberal stereotypes, this show has it all. Unfortunately, the large cast poses one problem to the show’s narrative, that is, not every character gets adequate screen time. For example, there is a character who is literally dealing with a life-threatening disease, but coughing up blood and dying often takes a backseat to boy problems on this show. This is a bit maddening, but perhaps inevitable, seeing as the writers have to juggle with so many characters and their intent is to keep the tone of the show light, while also pushing certain problems into focus.

Another aspect the show gets right is how teenagers are likely to behave, We can totally picture someone breaking down and crying during algebra tests. There are also characters who storm out of classes because some boy does not like them, or call people their boyfriends after one kiss. It is all very silly, but true. Regular people are portrayed here, and this is way more valuable than the glamorous lives shown in other teen series like ‘Gossip Girl‘ or ‘Pretty Little Liars‘.

The show also does not miss out on showing the millennial obsession with their phones and how social media platforms play a huge deal in the lives of teens. Perhaps in some cases, the show becomes a little unbelievable with the level of drama, but what can one do, when most of these teenagers face more problems in a day than I did during my entire time in high school. However, a word must be said in praise of this show helps kids feel that they are definitely not crazy for being this charged up with emotions, and this acceptance is a good message to put out in today’s world.

Degrassi: Next Class Season 5 Release Date: When does it premiere?

Check out the trailer for ‘Degrassi: Next Class’ season 4 below. If you have not seen the series and enjoy teenage drama, then this is a perfect fit for you.