Are Demi and Zach From Dating Around Still Together? 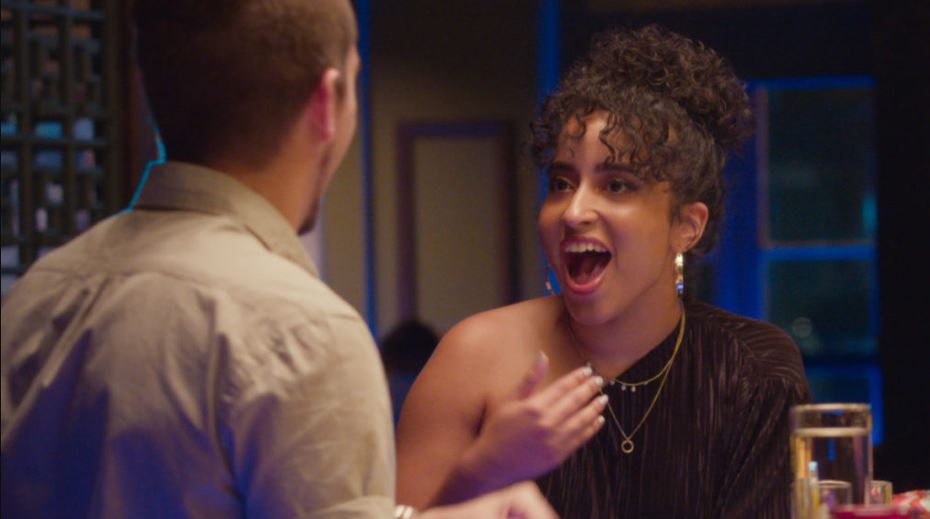 ‘Dating Around‘ is a Netflix original reality series that follows a very traditional routine when it comes to finding true love. Instead of switching partners every few weeks or getting engaged without ever meeting each other, in this series, every episode has one single dater who goes on five separate blind dates so as to determine who is worthy enough for them to go on a second date with.

Having a perfect blend of cringe-worthy and heart-warming moments, ‘Dating Around’ is the perfect depiction of what it’s like to date in the real world. To keep things fresh and unique, instead of New York, season 2 was filmed in New Orleans. Episode 6 followed Demi Diaz on her journey to find the perfect man for her and showed us how she ended up choosing Zach.

Demi and Zach: Dating Around Journey

The self-proclaimed hopeless romantic always tends to fall for the bad guys who break her heart. But she was ready to put herself out there for someone who would appreciate her and want her just as much as she wanted them. The New York native moved to New Orleans over a year ago, and being recently single, she was determined to find a nice man to be with and break the chain. So, she went out on dates with Britton, Allan, Zach, Trevor, and Noel.

With Zach, the connection was instant. As soon as they met and he talked about hosting game nights, they found common ground and sparks flew. Being in love with board games and having people around to stay in with, they both just complimented each other in the way they were. Even when the small talk shifted to more serious topics, they remained at the same level of understanding.

My first blind dating experience ever. This Friday, you will see me be nervous, vulnerable, goofy and most of all having the time of my life. If you know me, you’re probably not even surprised. I’ll always try anything once, or five times. Same thing. Mark your calendars — June 12th #datingaroundnetflix

Being honest, confident, and goofy, Zach was open about everything. And when he taught her salsa on the streets of New Orleans, almost perfectly, their date turned magical. Being flirty from the very beginning, their date was one that had almost no awkward pauses. And, the biggest plus, Zach never even made her feel uncomfortable or pushed her to do anything that she didn’t want to do.

After ending the date with a hug goodbye in the cab they shared, it was evident that Demi would either choose Zach or Allan, the Latino bad boy with whom she also had an amazing date. Thankfully though, she chose Zach and the two went on a second date together.

Are Demi and Zach Still Together?

No, they are not. Demi’s public Instagram account shows that she is currently in a relationship with someone else. For his birthday, she posted a few pictures of him on her feed, and alongside it, she wrote a really sweet and adorable caption.

It included, “From the beginning, you saw more in me and us than I ever did. I’m grateful for you, the progress we’ve made in our personal journeys and this relationship” and “I love a lot of things about you but the ways our minds are in sync, is my favorite. I’m the planner, you’re the executor. We make a great team and I can’t wait for a future with you.”

Happy Birthday to my person, 🖤 ..the wildest (and best) human being to have entered my life. Thank you for your patience, your A1 communication and your love. You’re smart, talented and very misunderstood but I know this fuels you because no matter what goes on in your life, you always come out winning. From the beginning you saw more in me and us than I ever did. I’m grateful for you, the progress we’ve made in our personal journeys and this relationship. We’ve both changed in more ways than we’d like to admit and it’s made us stronger than ever. I love a lot of things about you but the ways our minds are in sync, is my favorite. I’m the planner, you’re the executor. We make a great team and I can’t wait for a future with you. I’ll always be your #1 fan. Now proceed to my stories for your roast session 😘 because it wouldn’t be me if I don’t love and annoy the life out of you.

As for Zach, from both his personal and music Instagram accounts, it looks like he is enjoying where he is right now. “This [‘Dating Around’] was one of the coolest experiences I had the pleasure of being a part of,” Zach exclusively told The Cinemaholic. “Demi had some hard choices and overall am glad she choose me! I had an amazing time getting to know her.”

“Ultimately with how life is we didn’t get a chance to continue where we left off as it was near the holidays, things got busy, and ultimately moved on! I am so happy for where she is today and am glad she found someone who cares about her the way she deserves!” So, it looks like even though the two aren’t romantically involved, they have no hard feelings for each other, which is all that matters.