Where Is Denise Williams Today? 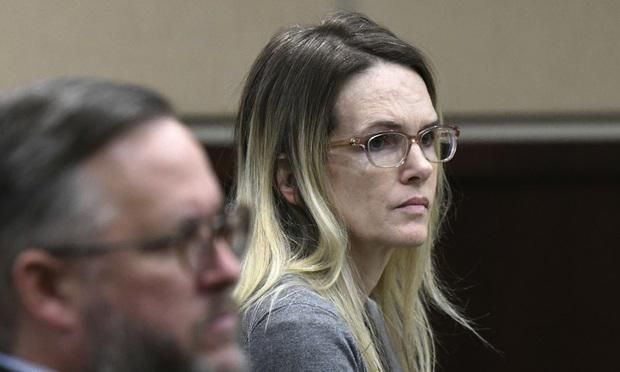 The chilling disappearance and murder of Jerry Michael Williams, or Mike as he preferred to go by, has been covered by CBS’s ’48 Hours.’ And with it, we have gotten to know a lot more information about the parties that were involved and how they got away with being criminals for almost two decades. The one-hour special broadcast implicates the true criminal, Mike’s high school sweetheart, and shows us who she really is. Wondering what happened to her and where she is now? Here’s all that we know.

Who Is Denise Williams?

Denise met Mike back in North Florida Christian High School when they were both just teenagers. They formed a connection, a relationship, and fell in love hard and fast. In 1994, the couple tied the knot in a beautiful ceremony in front of their friends and family in Florida and started a life together in its capital state Tallahassee. 5 years after that, they even happily welcomed their daughter into the world.

The truth, though, was that Denise had been cheating on Mike with his best friend, Brian Winchester, since 1997. They were both married at the time, but while Brian had the guts to divorce his wife, Denise didn’t want to. She didn’t want to be known as a divorcee or share custody of their daughter, so she got Brian to help her in getting rid of her husband for once and for all.

Denise’s initial plan was that while she stays at home with her daughter, Brian was going to push Mike from the boat and into the lake to make his death look like a drowning accident when they go on a duck hunting trip together. But, when Mike started to realize what was happening and started struggling, Brian panicked and shot him in the head, straight in his face at point-blank range. He got Mike’s body into his car, pushed the boat back into the lake, and drove 60 miles to Carr Lake to bury him in the mud. He made it look like Mike was the only one who was ever there.

Denise got what she wanted after all. So, months later she petitioned in court to have her husband be declared legally dead and collected the $1.75 million from the three separate life insurance policies that were in Mike’s name. In 2005, she went ahead and married Brian. However, their relationship didn’t go as well as they had expected and they separated in 2012. Brian even tried to kidnap Denise from her car at gunpoint in 2016, after she had filed for divorce.

In December 2017, Brian was sentenced to 20 years in prison for Denise’s kidnapping, but the whole incident led to the focus to be on their relationship and their potential connection to Mike’s sudden disappearance and death. A day after his sentence was announced, the law members found Mike’s body. Brian had cracked and told them the truth, but, it was in exchange for complete immunity.

Where Is Denise Williams Now?

Denise was arrested for the murder of Jerry Michael Williams in May 2018 and was charged with first-degree murder, conspiracy to commit murder and accessory after the fact. A year later, after Brian testified to shooting Mike at Denise’s behest, she was found guilty of all charges. She was sentenced to life in prison without the possibility of parole plus 30 years. To this day, she is behind bars, and, as in Florida life means life, she will spend the rest of her days there. (Featured Image Credit: Alicia Devine / Tallahassee Democrat via AP)

#DeniseWilliams – Judge formally sentences Williams to life in prison for the murder of her husband. Court adjourned. pic.twitter.com/90OBDmwlw2