Where is Dennie Augustine Now? 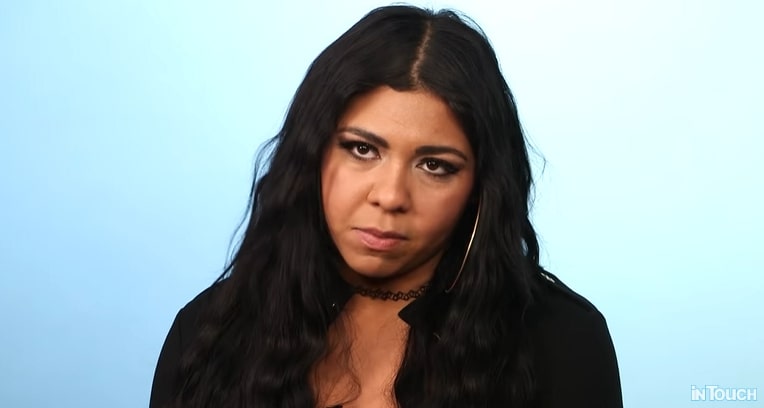 The 23-year-old reality TV star, who became popular through the infamous show ‘Made In Staten Island’, Dennie Augustine likes to remain in headlines. The strong and fiercely independent woman has always made a bold statement through her outspoken personality and gained the love of a lot of fans. Dennie has had quite an adventurous journey, and she is all set to add a new chapter to her life.

Born to Lisa Augustine in the late 1990s, Dennie’s father abandoned her family when she was just seven years old. Raised in Staten Island, surrounded by mafia families, Dennie treated her friends like her sisters, but she always knew she was different as she had a distinct background. Lisa worked very hard as a single mother to raise Dennie, fulfill her needs, and finance her education. Even though Lisa didn’t belong to a mafia family, she was Karen Gravano’s childhood best friend as they played and grew up together. She found a great support system in Karen and got through the worst times with her help.

Dennie recently graduated from Monmouth University, New Jersey, with a degree in Communication and Media Studies. During her college years, she also worked as an administrative assistant in a construction company in New York. She worked as a waitress and an event coordinator for a dessert bar-lounge too. She also has a talent contract with Viacom. Ambitious and daring, she dreams of landing a big job in the commercial hub of Manhattan.

a queen is never late…everyone was just simply early. 5 years, 2 majors and several mental breakdowns later and i finally got the “D.” the amount of memories is too much, the amount of people on my team is overflowed and the amount of liquor was just not enough. but i fucking made it and i’m so thankful and appreciative of this opportunity, these people and most of all Monmouth University. 🎉💜🎓

Dennie is the only woman from her generation who made it out of the borough and pursued her studies and career seriously. In a recent interview, she emphasized the importance of education and how necessary it is to be financially independent. She told the media that she always urges her peers to get out of the protective bubble that Staten Island is, as there is a big beautiful world out there to explore. She confessed that she met some wonderful people from all walks of life, and it was by far one the greatest learning experiences for her growth.

She also hosts a podcast titled ‘A Dennie For Your Thoughts’, where she talks about anything and everything under the sun. Some of her content is considered a bit raunchy. She started the podcast as a class assignment but continued to release episodes when she gained a lot of followers. She also hosted an event to promote the same.

Thank you to everyone who came to support my table event for my Podcast, “A Dennie For Your Thoughts”! 💜 I started this because it was a part of my class but I’m CONTINUING it because I love it! Keep tuning in HENNIE GANG! Episode 4 coming soon! (Link is in my bio) Xoxo💜

Even though Dennie’s records are clean and she has never faced any legal trouble, she once got called out by her university’s authorities when she posted a racist and offensive post on social media. She had uploaded a picture wherein she was holding a sign that read, ‘Need $ for child support #BlackTrash’.

She confessed that in her defense, she attended a theme party wherein people were making relatable signs based on their race and ethnicity. She made a sign that was real, true, and personal to her, as her father had abandoned her.

Dennie became really famous through her reality-documentary series ‘Made In Staten Island’ that was aired on MTV in 2019. The series followed the lives of young adults whose parents’ had connections with the mafia. The show highlighted how such links affected their lifestyle.

The opportunity of a lifetime 💜 HAPPY BIRTHDAY TO ME 💜 @mtv @statenislandmtv

Dennie earned the name ‘Godmutha’ or ‘Godmother’ on the show as she was the oldest cast member. She would treat all the girls like her little sister, care for them, cheer them up, protect them, and even scold them for their wrongdoings. Loved and respected by all her co-stars, she became the go-to person for any issue or advice.

She gained a lot of fans because of her ‘life of the party’ attitude and her vibrant personality. Positive and bubbly, she won many hearts. But, the show got canceled after airing three episodes as it earned a lot of backlash for its misleading portrayal of Italian-Americans and the Staten Island community. When Dennie was asked for her opinion on the show being criticized, she coolly replied that she wasn’t fazed and she can grow even without water.

Where is Dennie Augustine Now?

After featuring on the show and graduating from university, Dennie is back in Staten Island. She is figuring out her next career move while spending some quality time with her mother. Also, she might be dating an Italian-American martial artist from New York, Gennaro Palomba.

Dennie has built quite a significant social media presence. She is pretty active on all platforms, including Twitter, Facebook, and Instagram. She regularly updates her accounts with her selfies, party pictures, photos with friends and family, and modeling shots.

Porta Friday with my Faves🖤

Dennie is also featuring on MTV’s reality-documentary series ‘Families of the Mafia’. Lisa is a part of the show too. The show follows the lives of those families that had a link with the mafia in the past. The parents try to protect their children from repeating their mistakes and encourage them to make better life choices. Lisa is confident that Dennie will fix her family’s reputation, but she still worries that Dennie might fall prey to bad company.