Where Is Dennis Rader, The BTK Killer, Today?

’20/20 On ID Investigates: My Father BTK’ brought to us the story of a notorious serial killer. The BTK killer haunted the community around the Wichita, Kansas metro area for more than 30 years, mainly in the 1970s and 1980s. He tortured and murdered ten people, including two children. Known for taunting the local media and police with letters that detailed his horrific crimes, the BTK killer was one of the most wicked serial killers of the time.

Who Is The BTK Serial Killer?

Born March 9, 1945, Dennis Lynn Rader, a Kansas native, was identified as the BTK killer. He gave himself the name BTK as it was the abbreviation of Bind, Torture, and Kill, which is what he did to all his victims. His parents both worked long hours, and gave very little attention to their children, and the more it happened, the more Dennis started resenting them, especially his mother, which is possibly what gave rise to his psychotic tendencies.

On the surface, he lived a pretty normal life. He was a good family man with a wife and two kids and had stable jobs in Park City, Kansas, first in a supermarket, then as an assembler for a supply company, and then for a home security company installing cameras. To really hammer it in how good he was, take note of the fact that he even served in the Air Force, was an active member in the church, and was a Boy Scout leader. But, alas, he had been living a double life.

From a young age, he harbored sadistic sexual fantasies about women who were trapped and completely helpless. He not only started living out his fantasies by torturing animals but also took part in various taboo sexual fetishes. In early 1974, when Dennis was in his late 20s, he began his killing spree, starting with four members of a family. After that, he went on to murder six more people in the span of 17 years.

When he stopped killing, he also stopped his taunting. But, after more than a decade, in 2004, Dennis resumed his old ways again and began sending packages and letters to the police and media, which led to the police finding evidence against him, which ultimately led to his arrest and conviction in 2005. 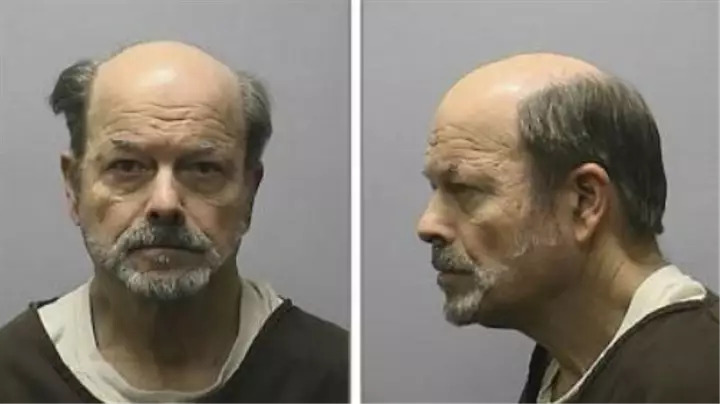 On February 25, 2005, after Dennis was arrested while driving near his home, the Wichita Police, the Kansas Bureau of Investigation, the FBI, and ATF agents searched his home, his vehicle, and the church, from where the seized concrete evidence that tied him to the killings. 3 Days later, Dennis was charged with 10 counts of first-degree murder. Various reports have suggested that Dennis actually confessed to the killings that he had been charged with.

On March 1, the killer’s bail was set at $10 million, and a public defender was appointed to represent him. Although the defender had initially entered a not guilty plea, Dennis, later on, changed it to guilty and went on to describe each murder in full detail, making no apologies for any of it, as though he was proud of what he did. On June 27, 2005, he was convicted and sentenced to 10 consecutive life sentences.

Is BTK Killer Still In Jail?

Yes, BTK killer is in jail. Because the state of Kansas had no death penalty at the time when the murders were committed, Dennis was sentenced to spend the rest of his life in prison without the possibility of parole for 175 years. Almost two months after he was convicted, he was moved from the local jail to the El Dorado Correctional Facility, a maximum-security prison. At the age of 75, Dennis Rader, or the BTK Killer, is still incarcerated in the El Dorado Correctional Facility in Kansas. (Featured Image Credit: Getty Images)