Where Was ‘Deputy’ Filmed?

Fox’s ‘Deputy’ is a procedural drama television series revolving around a cop, Bill Hollister, who unexpectedly becomes a sheriff of L.A. County after his predecessor passes away due to a cardiac arrest. An underlying rule pushes the hesitant Hollister to take up the job. However, his brash operating style doesn’t align with the rule book.

Deputy Hollister knows he is under watch, but he does not let the dirty politics stop him from doing what he excels at – ensuring the safety of the citizens, whichever way possible. No matter the implications of his actions, the man and his team of A-list officers are going to keep fighting until justice is served.

The police drama is a creation of ‘Aquaman’ writer Will Beall and David Ayer, who has helmed movies like ‘Bright,’ ‘Suicide Squad,’ and ‘Sabotage.’ ‘Deputy’ thoughtfully blends a classic Western drama with a present-day vision, along with a dash of authentic performances from the ensemble cast comprising Stephen Dorff (‘True Detective’) as Bill Hollister, Bex Taylor-Klaus (‘Scream’) as Deputy Breanna Bishop, Brian Van Holt, ‘Grey’s Anatomy’ star Siena Goines, among many others.

The show’s spellbinding visuals are one of the reasons why it managed to keep the viewers engrossed in its riveting story-line. Wish to know about the filming locations of ‘Deputy?’ Read on.

The production scouts for ‘Deputy’ chose raw locations for filming for a broader impact of this grim drama. It was filmed throughout several parts of Georgia and New Mexico. Here are the two significant places where the show was filmed: 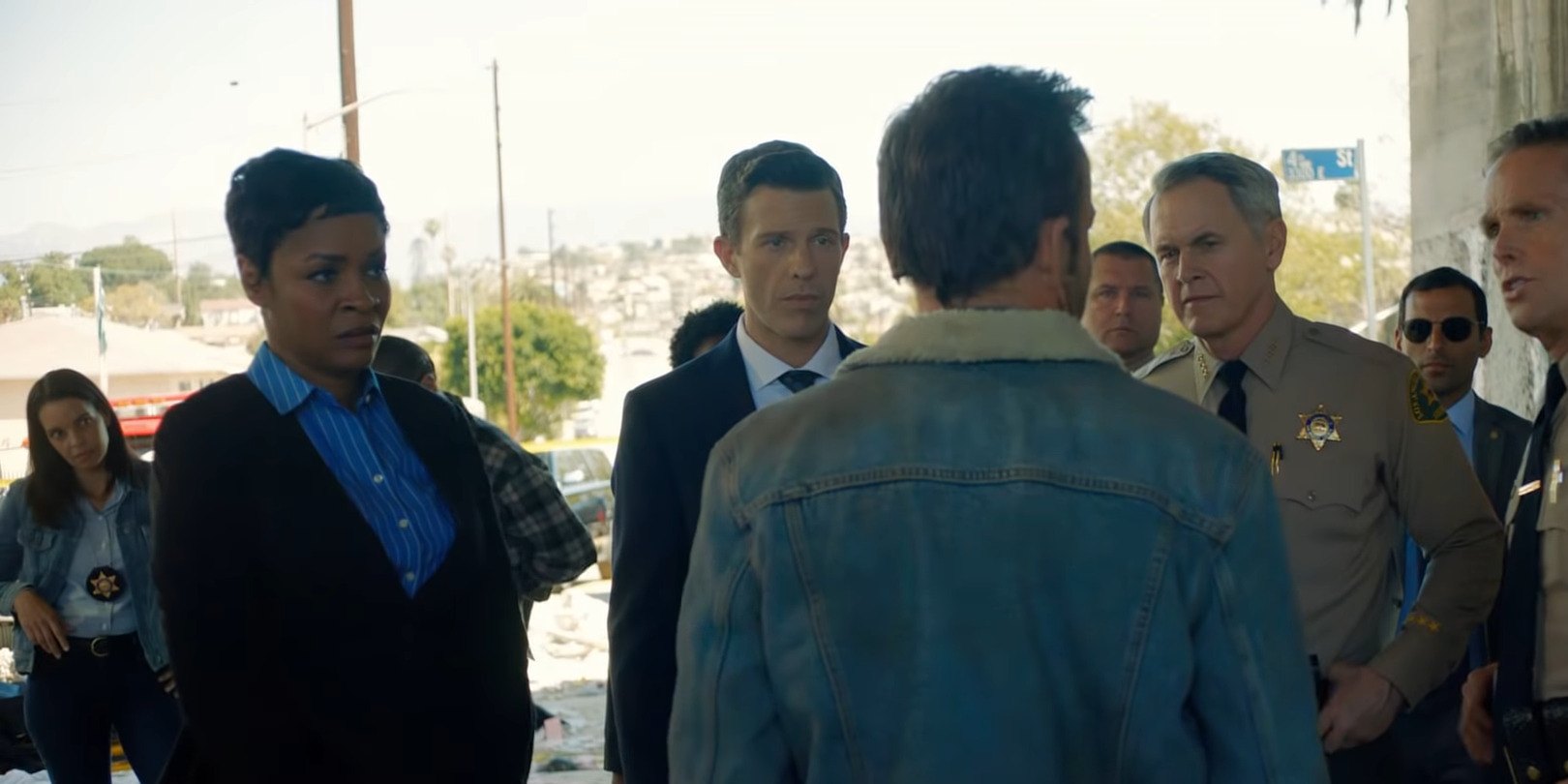 The filming unit also looked out for real Cops, deputies, and Sheriffs to enhance the background at the scenes depicting the Los Angeles County Sheriff’s Department.

After Downtown and Midtown, Buckhead is the third largest commercial center in Atlanta, Georgia. Buckhead contains the highest concentration of commercial centers and high-rise buildings. It is also labelled as the “Beverly Hills of the East,” because of its circulation of extreme wealth, first-rate shopping malls like Lenox Square and Phipps Plaza, and dining centers.

Atlanta has hosted several movies like ‘Avengers: Endgame,’ ‘Black Panther,’ and shows like ‘The Walking Dead,’ ‘Stranger Things’ and ‘Ozark.’

‘Deputy’ was initially set to film extensively in Georgia; however, the location had to be dropped due to inevitable political unrest caused by the anti-abortion law. Hollywood was divided between professional and moral ethics, and this further endangered the filming process, causing the makers of ‘Deputy’ to shift their base to Mexico.

The thrilling hostage sequence inside the LA County department was filmed in the largest city of New Mexico – Albuquerque. The casting directors found the characters to populate the LA County jail by making a casting call, demanding actors to be a part of the LA County medical staff.

If you ever visit New Mexico or Georgia, make sure you drop by these locations!