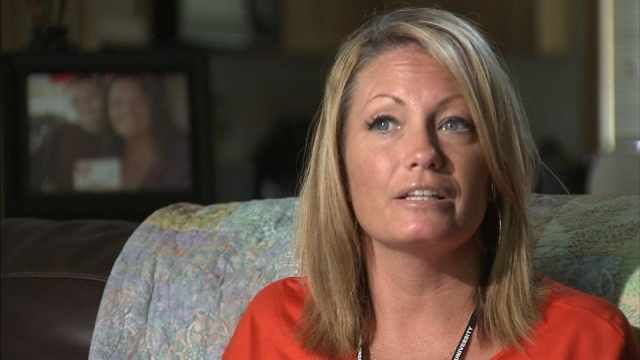 ID’s ‘Little Lost Boy: An ID Mystery’ looks at the decade long-missing case of Kyron Horman. The 7-year-old went missing from Skyline Elementary School in Portland, Oregon, on 4 June 2010. Now, on the precipice of the 10th year since his absence, no major breakthroughs have been made.  One person who has shed tears and sweat to find her little boy is his mother, Desiree Young. Be it searches, lawsuits, interviews, press conferences, putting up rewards; she has done it all to make sure that her son comes back home.

Who is Desiree Young?

Desiree Young is the mother of Kyron Horman. She divorced Kyron’s father, Kaine Horman when she was just eight months pregnant with Kyron. Though the two had shared custody of Kyron, Young was soon diagnosed with kidney failure. As a result, Kaine took full custody of Kyron. Nonetheless, Young played an active role in Kyron’s life.

After Kyron went missing, she has constantly worked with the police to find Kyron. However, as Terri Horman soon became a suspect, several things began to make sense for Young. Apparently, Terri had asked Young to take back the custody of Kyron. In light of such circumstantial pieces of evidence, Desiree filed a lawsuit against Terri Horman in 2012. It stated that Terri Horman was responsible for the disappearance of Kyron. However, to not disrupt the ongoing criminal investigation, she withdrew the lawsuit in the subsequent year. Desiree Young, along with several others, has set up a Facebook page dedicated to finding Kyron. The page offers a reward of $50,000 to anyone who has crucial information that can bring Kyron home.

In an interview in 2019, Young stated the reason she believes Terri Horman has not been arrested. She said, “I believe, and this is my own opinion. They were ready to charge her. They were ready to swoop in and arrest her. They have probable cause. What happened was Casey Anthony. Unfortunately, that case changed the way law enforcement will ever prosecute suspects in a missing child’s case.” The same year, in a press conference with her husband, Tony Young, she said that they are really close to finding Kyron. She said, “We have been able to narrow down areas we are looking at…Now, I can tell you that we have narrowed it down to less than 100 acres.” This is also where she said that a book with several insights about the investigation would come out soon.

Where is Desiree Young Now?

The book, ‘Boy Missing: The Search for Kyron Horman’, was released in May 2020 and contains several notes and interviews with Desiree Young. In a recent interview, Young said that while the world is grappling with getting back to normalcy during COVID-19, she had lost her sense of normalcy when her son went missing. Furthermore, caught up in her pain and addressing Terri Horman, she said, “…just tell us, no matter how bad it is, just tell us, and end this roller coaster that we are on every single day.” That said, she further added that she won’t give up hope even though things look bleak. (Feature Image Credit: Kptv.com)