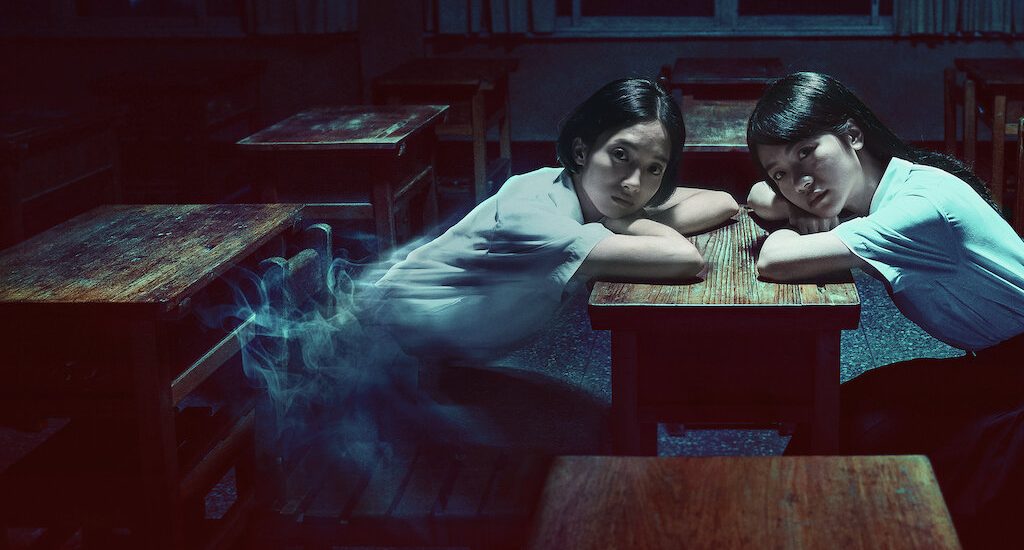 ‘Detention’ is a Taiwanese supernatural horror drama that’s streaming presently on Netflix and it is based on a video game of the same name. The show is set in 1960s Taiwan during the period of martial law referred to as the White Terror. It combines themes of political suppression with a bone-chilling supernatural story and revolves around transfer student Yunxiang Liu, who finds the ghost of Ruixin Fang in a forbidden area of Greenwood High School and learns the shocking history of the school. Netflix releases two new episodes every Saturday and there are slated to be a total of 8 episodes. Here’s a quick recap of the first two episodes of ‘Detention’.

During the White Terror era, if someone was caught reading banned books, they would be very severely punished by the authorities. When Ruixin Fang blows the whistle on a secret book club in Greenwood High School, her friends in the club are carried away at gunpoint to bear the brunt of their “evil-doing”. Fang commits suicide by flinging herself off from the Greenwood High School’s Hancui Building. The building soon becomes haunted and is shuttered off, even though Greenwood High keeps operating. 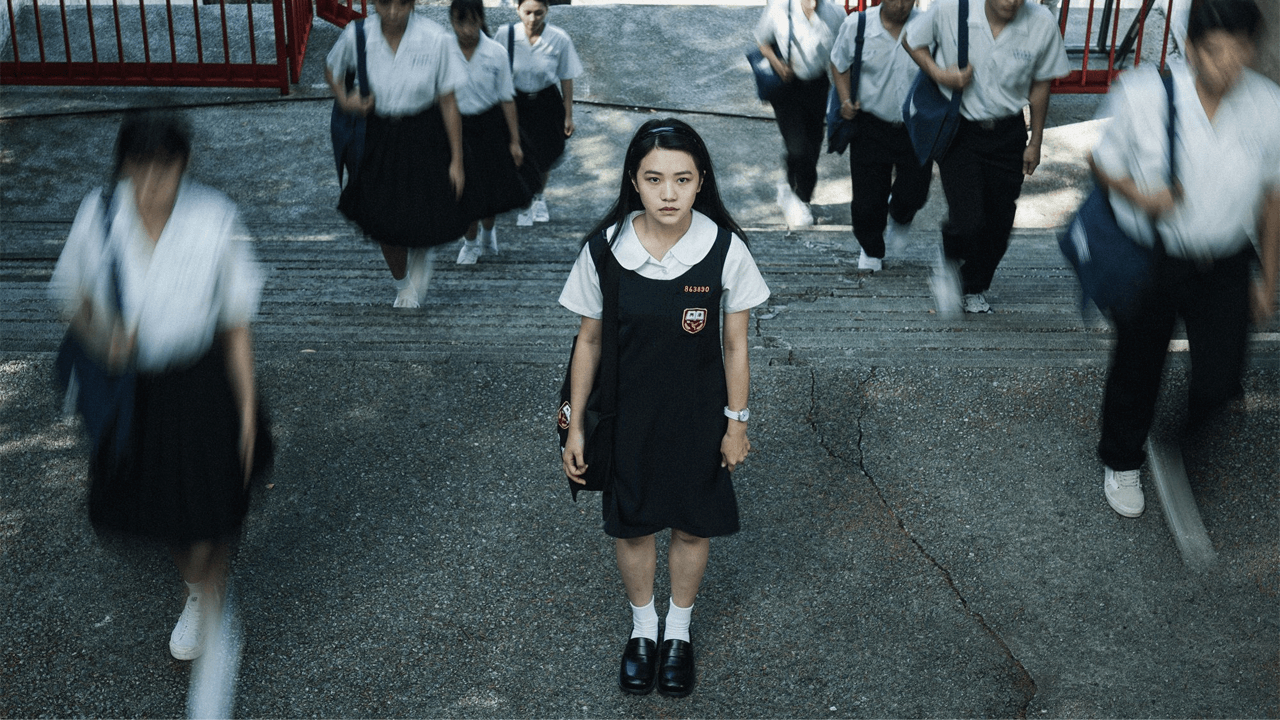 We cut to the present (the 1990s where Liu’s story is set) when transfer student Yunxiang Liu first arrives at Greenwood High. Liu is an oddball who lives with her single mother and gets into trouble with Inspector Pai on her very first day for carrying around a copy of 1984 which is another banned book. Liu becomes friends with Wen-Liang Cheng, one of the naughty kids (who are called “devils”) at the school. Liu and Cheng are hanging out on the rooftop of the out-of-bounds Hancui Building when they both witness a student commit suicide in the exact same manner as Fang. The shady school authorities know more about the grim happenings at Greenwood High but no information is revealed to the audience other than the fact that “the last ritual wasn’t done properly”.

Liu goes back to the Hancui Building to retrieve the incriminating pills that she’d left behind her last time there and encounters Fang’s ghost. Fang offers Liu a deal that she takes. Liu does not want to see her teacher Mrs. Chao again so the ghost kills her (even though that’s not what Liu wanted). And now, Fang’s ghost demands that, as per their deal, Liu help her.

Episode 2 of ‘Detention’ opens with Mrs. Chao’s horrific death but Liu jolts awake from the nightmare. That does not mean that it didn’t happen, though. Because, at school, Liu sees Mrs. Chao’s mangled body being taken away. The enigmatic school principal brings in a substitute teacher, Shen Hua, who is the principal’s own son. The principal and Inspector Pai are agitated because the ghost-quelling rituals are not working. 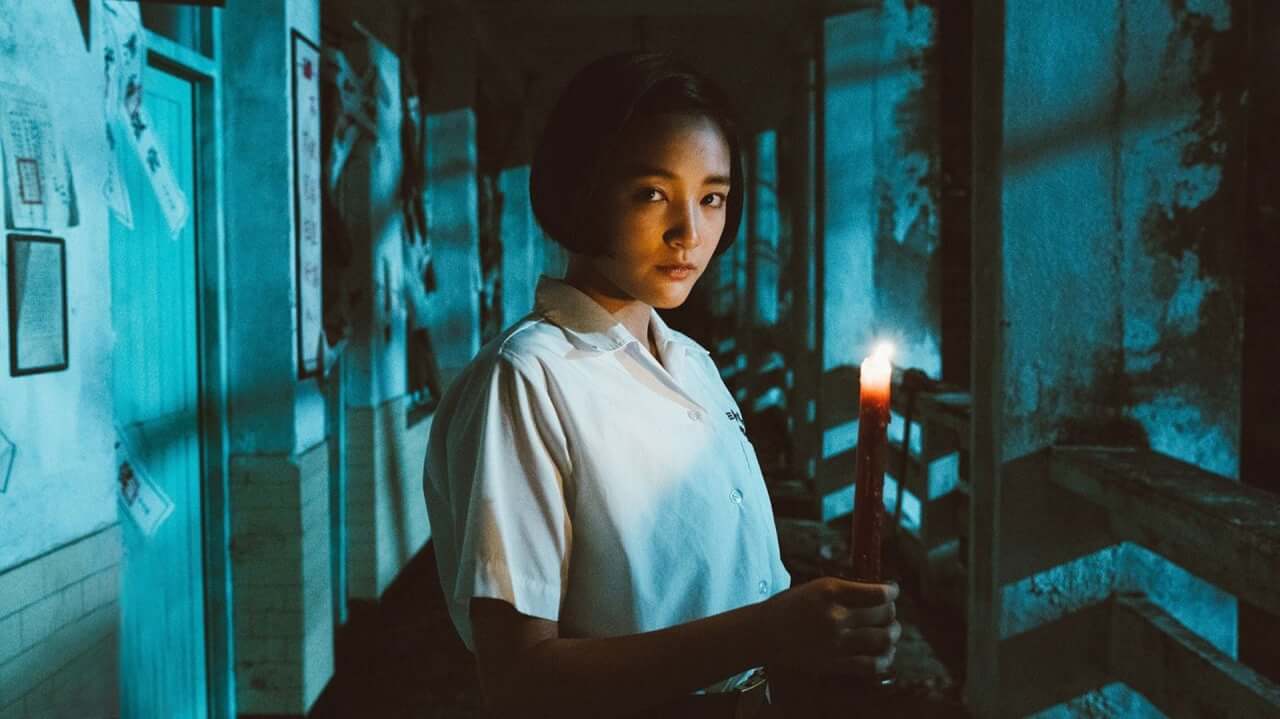 The ghost-proofing rituals are the family business of Cheng’s family. Ever since his grandfather died and the business passed on to Cheng and his father, their ghost ritual standards have plummeted. That’s the main reason why the purging of the Hancui Building does not work this time. The new teacher, Shen Hua, really likes Liu’s poem about being half-dead inside and invites her to join the poetry club. Liu goes home and as she looks at her reflection in the mirror, she is joined by the ghost of Fang who, it seems, has latched on to her.