Will There be The Detour Season 5? 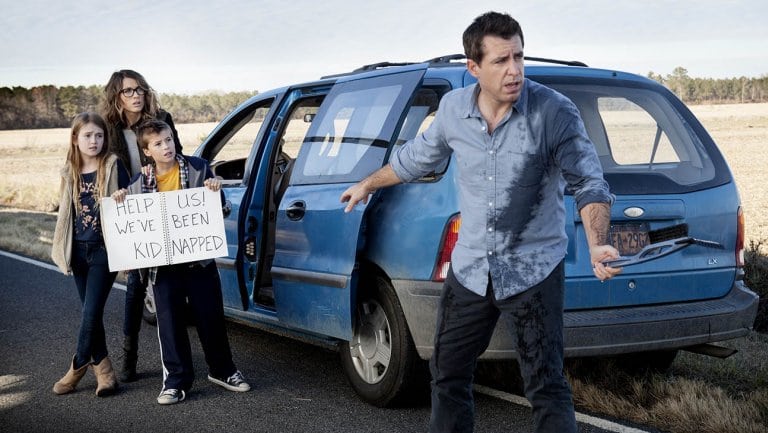 ‘The Detour’ is a road-trip family comedy series that airs on the TBS network. Created and written by husband-wife duo Jason James and Samantha Bee, the show charts the spontaneous and hilarious journey of a family of four as they deal with the various, often unpleasant situations that arise in their lives. While true stress-free holidays are never enjoyed by them, they manage to remain as a close-knit family and spend season after season making us laugh.

In terms of reception, ‘The Detour’ has found favor among both critics and viewers. On Rotten Tomatoes, the first and the second season of the show enjoy great scores of 78% and 100% respectively. Among viewers, too, the show is quite popular despite its over-the-top moments and rather raw sense of humour, and it enjoys a good overall rating of 7.8/10 on IMDb.

Interestingly, the show is James and Bee’s own experiences on vacation, and TBS in 2014, ordered the pilot written by them. The pilot left TBS impressed, following which the network ordered a 10-episode first season in February 2015. Prior to the premiere of Season 1 on April 11, 2016, TBS, on April 6, 2016, renewed the show for a second season. Season 2 subsequently made its way to viewers’ screens on February 21, 2017, and it was followed by Season 3’s premiere on January 23, 2018.

After explosive conclusion of season 3, on May 11, 2018, TBS renewed the show for its fourth season. Filming for Season 4 was completed by Thanksgiving 2018 and it finally released on June 18, 2019. Now, fans are waiting for its next season. But we may not have good news for them.

The Detour Cast: Who is in it?

The show revolves around the adventures and misadventures of the Parker family as they head towards Florida. Jason Jones himself stars as the patriarch of the Parker family, Nate Parker, while Natalie Zea plays the role of Nate’s wife, Robin Parker. The two Parker children, Delilah and Jared, are played by Ashley Gerasimovich and Liam Carroll, respectively.

Read More in TV Preview: The Voice | The New Pope | World of Dance

The Detour Plot: What is it about?

‘The Detour’, if stripped down to its basics, chronicles the misadventures of the Parker family in different stages of their lives, with each season addressing one particular stage.

The first season of the show sees the Parkers taking a road trip from their house in Syracuse, New York to Florida for a family vacation. However, the Parkers’ road trip does not go as planned and they have to face one problem after another, including car troubles, run-ins with law enforcement, interference from locals, and unforeseen medical problems. Over the course of the season, we also get to know that Nate has an ulterior motive for taking the vacation to Florida, and that this motive revolves around some trouble he caused at his workplace before leaving for Florida. Owing to Nate’s crimes, which we are not specifying here, he also has to answer to law enforcement and endure interrogation.

The second season is much more static that the first one, and takes place when Nate and his family are back in New York. Nate has a new career, and his family is settled, but once again, the lives of the Parkers are interrupted by a series of unforeseen mishaps. This time, the mishaps centre around Robin’s past and her relationship with her father and currently wanted felon, J.R. Randall. Over the course of the season, the Parkers come under interrogation by the United States Postal Inspection Service as law enforcement agents headed by the pregnant Agent Edie try to extract crucial information from Robin in a bid to nab her father for his crimes.

After the events of the second season, the third season finds the Parkers taking flight to Alaska in a bid to outrun the law and their troubled past. In Alaska, they finally find a community of misfits where they decide to settle down for the time being and rebuild their lives. This rebuilding effort, like every other season, is interrupted by numerous unforeseen mishaps, and it is also complicated by Delilah becoming a young woman. As the Parkers try to cope with everything that comes their way, the season ends with an explosive finale that changes the entire game and sets the show up nicely for a fourth season.

The Detour Season 5 Release Date: When does it premiere?

As far as the next season goes, we have bad news for the fans. On September 4, 2019, TBS announced the cancellation of the show. Considering the declining viewership of the show, it was expected that TBS may not continue for another season. Though, fans should not lose all their hopes. There’s still a possibility that some other network picks up the show at some point in future. If that happens, we will update you aboutThe Detour Season 5 release date.

While we wait for any positive news on season 5, check out this promo to refresh your memories.