‘Devs’ is a mini-series that has been described as a science-based thriller. However, the fifth episode of the show begs to differ as it presents the most speculative installment yet, perfectly attuned to a science-fiction tone. Yet, a murder mystery and quest for justice still lies at the heart of the plot of ‘Devs.’

Created, written and directed by Alex Garland (‘Ex Machina‘), the series follows Lily Chan, a tech firm employee whose boyfriend gets killed after being invited to work in the company’s secret firm. So far, the show has been extremely engaging and tonally diverse. It is hard to pick the best episode of ‘Devs’ but the fifth one certainly stands in contention for that title.

Lily is in an involuntary psychiatric hold and has been thinking of her time with Sergei and Jamie. Multiple versions of herself, Jamie and Sergei are shown in the same room, depicting different phases in her life with both the men.

Jamie is alive and being tortured by Kenton. Kenton cracks Jamie’s finger and threatens the safety of his loved ones if he helps Lily. Katie has been watching the entire scene on the Devs screen. Then, Katie sees a young Lily playing checkers with her father, followed by Lily and Sergei talking on the Amaya campus after Lily broke up with Jamie.

Then, a professor gives a lecture. Forest is present, along with a woman. Katie is sitting separately. The woman with Forest has asked the professor to provoke Katie. The lecturer does so by talking about a certain von Neumann-Wigner Interpretation. However, Katie believes that the Everett or many-worlds interpretation is more suitable. She storms out of the class.

Then, multiple versions of Katie are shown exiting the building, each highlighting a different way that she might have acted. This frame is the featured image of the article. Forest approaches Katie and offers her a job, apart from paying her college fees.

Then, the scene changes to random objects (dead mouse, sugar cube) being placed on an illuminated table in the Devs unit. Forest oversees the team analyzing the object’s inner structures and “extrapolating” it. It is a scene from the past and the experiment seems to be a success.

Then, the scene changes to Forest talking to his partner. She is just returning home with their daughter, Amaya in the car. Forest waits outside his house to see the car drive towards him. Suddenly, another car crashes Forest’s partner’s car. Forest runs to the car while another version of himself receives his daughter and his wife from the car. Katie sees the scene on the Devs screen.

Then, the scene changes to Katie and Forest in the Devs unit. Katie tells Forest that the Devs machine is his own trial. If it works, it will prove that the world is deterministic and that Forest did not have free will and could not have done anything to save his daughter.

Jamie calls his father and asks him to take his relatives to a hotel out of town for their safety. On the other hand, Kenton tells Forest and Katie that he is not willing to go to prison. He tells them that he will act in a self-interested manner if things go south. Katie tells Kenton that it isn’t in his power to kill Lily. Kenton does not believe her.

Jamie sneaks into Lily’s room in the hospital through the window. Both of them escape through the same window. Katie sees the scene on the Devs screen and smiles…

Devs Episode 5 Explained: Why Are There Multiple Versions of the Characters?

Firstly, the fifth episode of ‘Devs’ is exceptionally well-made. Its usage of multiple versions of a single character doing different things in the same frame is an effective filmmaking technique. However, a few viewers might have been confused by it.

Firstly, it ought to be noted that the entire episode is told from the point of view of Katie. She is watching all the scenes from the Devs screen. However, it is integral to make one distinction: that of the scene involving Lily remembering her time with Sergei and Jamie (see Image 1). This scene incorporates the filmmaking technique (multiple versions of the same character in a single frame) to depict her time with both of her former lovers together. This scene is just that, and does NOT depict alternate forms of reality like the rest of the scenes shot similarly do.

Confused? In a nutshell, the scene described above does not follow the same explanation/theory that will be discussed henceforth. Anyway, apart from this scene, the entire episode functions as an explanation of the Everett Interpretation or the many-worlds interpretation. Basically, the quantum mechanics theory posits that there are an infinite number of alternate realities and all the possible outcomes of each and every action actually take place in different versions of reality.

Hence, the scenes with multiple versions of the same character serve to depict how there exists infinite possible realities. The same person, in the same circumstance, can react in infinitely different manners. Hence, there are an infinite number of worlds since every organism can act/react in an infinite number of ways every second. Let’s take a scene from the episode for example: the one involving Forest seeing his partner’s car crash (which led to his daughter, Amaya’s death). 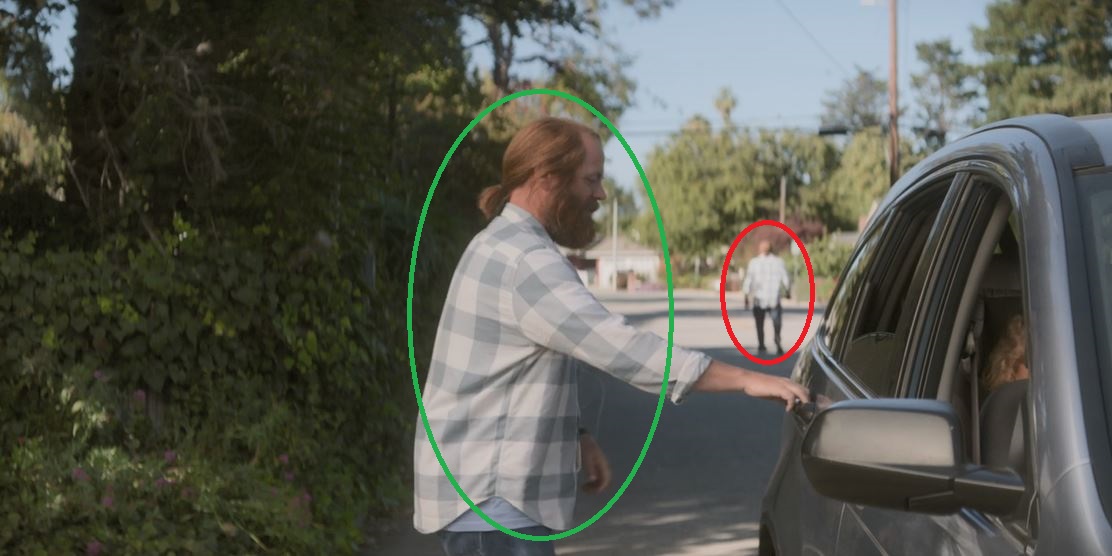 This also explains Forest and Katie’s conversation. Forest had been talking to his partner while she was driving. Hence, he feels somewhat responsible for the crash. Hence, if the Devs machine is a success, it will prove that Forest really had no choice since it would prove the deterministic nature of reality. Hence, he could not have opted to not talk on the phone while his partner was driving.