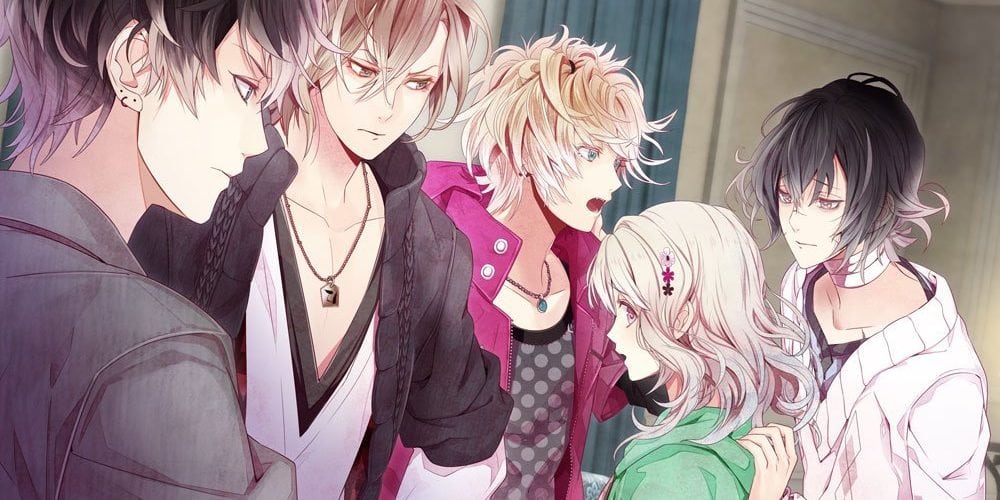 Diabolik Lovers (also known as Diaborikku Ravāzu in Japanese) is a Japanese mystery horror anime television series which is based on an interactive game franchise released for the PlayStation Portable (PSP) platform on October 11, 2012. Following the release of the first game, Diabolik Lovers was adapted into a manga series, and a year after that, it was adapted into an anime television series. Season 1 of Diabolik Lovers thus premiered on September 16, 2013, and was a hit among fans of the show and the games alike. Unsurprisingly, it was renewed for a second season, and subsequently, Season 2 premiered on September 24, 2015. Since then, fans of the game and the show have been waiting to hear about a third season. Here’s everything we know about the prospects of Season 3 thus far.

Diabolik Lovers Season 3 Release Date: When will it premiere?

Diabolik Lovers season 2, called  Diabolik Lovers II: More, Blood, premiered on September 24, 2015, and saw its finale being aired on December 10, 2015. Although a considerable amount of time has passed since then, there has been no news on whether a third season will be made.

While that sounds discouraging, there’s plenty of source material for a third season, and hence, there’s still a possibility of Season 3 being made. Our best guess is that Diabolik Lovers season 3 release date could fall sometime in 2021. We will update this section as soon as we hear more.

If you prefer watching anime shows in English, the good news is that Diabolik Lovers has a good English dub, and you can find the same on Crunchyroll, HiDive, and VRV.

The plot of Diabolik Lovers primarily revolves around six sadistic brothers and a girl who is sent to live with them.

The main protagonist of the show is a girl called Yui Komori, who is in high-school. Despite being an optimistic and cheerful girl, Yui starts to get seriously troubled when she starts seeing spirits and experiencing poltergeist phenomena. When the reaches her second year of high school, Yui transfers to a night school owing to her father’s work, and in that school, it is rumoured that vampires live among the students.

Subsequently, at the behest of her father, she goes to live with six brothers – the Sakamaki brothers – in a secluded mansion. Unknown to her, however, is the fact that the six brothers – Shuu, Reiji, Ayato, Kanato, Laito, and Subaru – are actually vampires. When Yui finally arrives at the mansion, the Sakamaki brothers are bewildered and cannot figure out why she wants to live with them. However, the brothers soon decide to make Yui their “sacrificial bride”, and use her for other carnal pleasures. As for Yui herself, she struggles to understand why her father would send her there, and she starts to get an uneasy feeling about the mansion and the brothers, especially when she starts experiencing strange pains in her chest.

Yet, Yui cannot escape and is held captive by the brothers and her harrowing new life begins. With each brother more sadistic than the last, the Sakamaki brothers all vow to make her their own, and as her life goes on, Yui finds herself lost in a bizarre mixture of madness, pain, and ecstasy.

As she gets used to her new life, more bizarre incidents befall her. She starts to experience mysterious dreams whose meanings she can’t quite comprehend. However, she gets a revelation on what her dreams are about when she is caught in a car crash. Before she can make sense of what is going, she then meets four brothers – the Mukami brothers – who also happen to be vampires. When Ruki, Azusa, Kou, and Yuuma chance upon Yui, they take her captive. At the Mukami mansion, Yui then learns that the Mukami brothers are after her blood, and believe that she is the “Eve” whose blood will find the “Adam” among them. While the Mukami brothers are hell bent on using Yui for their nefarious schemes to take over the world, all is not that simple. With Yui missing, we learn that the Sakamaki brothers are hot on the trail of the Mukami brothers, and will not stop at anything to get her back for their own sinister ploys.

While Diabolik Lovers has a long list of characters, the list of main characters in the show is also quite exhaustive. Below, we’ve given you a brief background of each of the main characters.

Yui Komori: A seemingly normal girl, Yui is the main protagonist of the show. She is a good-natured and sweet girl, but her life gets upended when her father sends her to live in the Sakamaki mansion. Despite the trying circumstances, Yui remains strong and tries to survive the nightmare she finds herself in. Later in the show, it is revealed that she has something called Cordelia’s Heart which makes her more like a dormant vampire than human.

Shuu Sakamaki: The eldest of the Sakamaki brothers, Shuu is the master of the household and the Sakamaki mansion. In the show, it is revealed that Shuu and his younger brother Reiji are the sons of Beatrix, the first wife of Karlheinz, the Vampire King. Apathetic and lazy, Shuu loves nothing more than music, and can often be seeing delegating his duties to others.

Reiji Sakamaki: The second oldest among the Sakamaki brothers, Reiji is strict and disciplined and takes care of the Sakamaki mansion and his brothers while Shuu lazes away. Of course, being the de facto leader of the Sakamaki household, he despises Shuu and is jealous of his position as the eldest son in the family. Reiji is also shown to be quite the sadist, and is seen frequently insulting Yui. Unknown to Shuu, Reiji also holds more than one dark secret, and Reiji’s secrets have the potential to tear the Sakamaki household apart.

Ayato Sakamaki: The third oldest brother, Ayato is the oldest among the triplets of Cordelia, the second wife of Karlheinz, the Vampire King. However, Ayato had a troubled childhood, and was often used by Cordelia to compete with Beatrice for the attention of Karlheinz. As a result, Ayato is not the kindest of people, is a narcissist, and claims to be the best at anything. He’s also pretty brash towards Yui.

Kanato Sakamaki: The middle child among Cordelia’s triplets, and the fourth oldest in the Sakamaki household, Kanato seems to be mentally unstable and has a disturbed, child-like personality. Although he comes off as polite, he is clingy and abusive in actuality.

Laito Sakamaki: The youngest among Cordelia’s triplets, and the second youngest in the Sakamaki household, Laito is perhaps the most sadistic of the lot, and can be extremely abusive and scary. Later in the show, it is revealed that Cordelia, while raising Laito, would force him to have sex with her. As Laito got accustomed to this sick way of parenting, he got used to it and started looking at Cordelia as more of a lover and less of a parent. While growing up, he would often kill anyone he caught sleeping with Cordelia.

Subaru Sakamaki: The youngest brother in the Sakamaki household, Subaru is neither the son of Beatrix, nor of Cordelia. In fact, we come to know that Subaru’s mother, Christa, was forced to become Karlheinz’s wife, and was raped, and Subaru is the fruit of that rape. Unsurprisingly, Subaru had a traumatic childhood, and his mother often begs him to kill her. However, Subaru does not have the strength to kill his mother, and is tormented by his own past.

Ruki Mukami: The eldest son of the Mukami household, Ruki is known as the brains of the family. Handsome and charming, Ruki comes off as a sort of an intellectual, but can be extremely cold and brutal.

Kou Mukami: The second oldest son of the Mukami household, Kou is a handsome vampire who has a side job as an idol in human society. Despite appearing friendly, Kou is extremely selfish and two-faced.

Yuumi Mukami: The third oldest son of the Mukami household, Yuumi grew up as a shy and timid boy. However, the adult Yuumi is a diametrically opposite to his childhood self, and is extremely perverted, hot-tempered, violent, and dominating.

Azusa Mukami: The youngest member of the Mukami household, Azusa comes off as faint-hearted but is sado-masochistic.