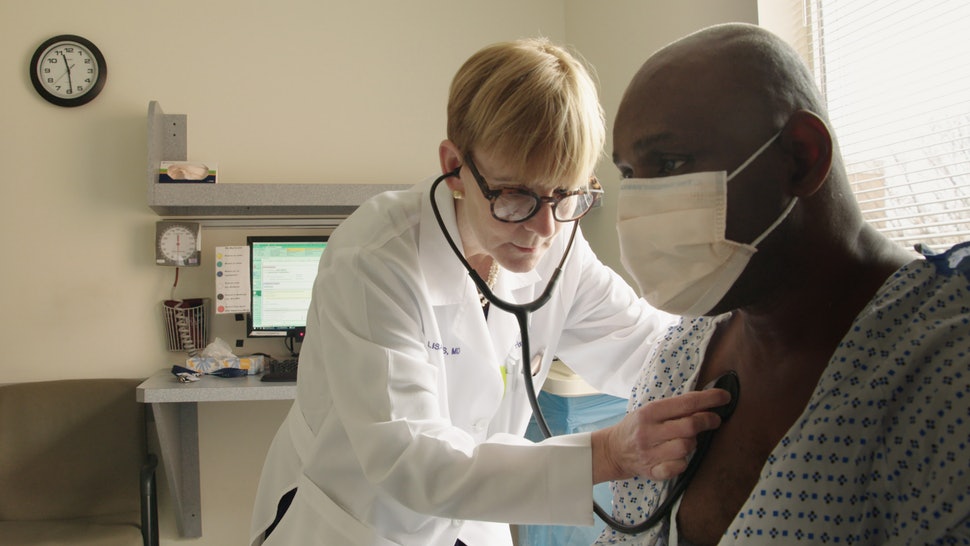 ‘Diagnosis’, inspired by Dr. Losa Sanders’ long-running, eponymous medical column on the New York Times, is a documentary series that showcases patients suffering from strange diseases. It attempts to highlight these mysterious illnesses in the hope of finding a diagnosis and cure via crowdsourcing. The seven-part Netflix Original is produced by Scott Rudin Productions, Lightbox, and the New York Times.

Diagnosis Cast: Who is in it?

Dr. Lisa Sanders, who curates, headlines, and conceptualizes each of the episodes on this medical documentary, is an acclaimed physician, medical author, and journalist. She works as the associate professor of internal medicine and education at Yale School of Medicine. She is also the attending physician at Yale-New Haven Hospital and is best known for her column, ‘Diagnosis’, on The New York Times. The column, which had inspired ‘House M.D.’, has been featuring in the newspaper since 2002.

Diagnosis Plot: What is it about?

Each episode of ‘Diagnosis’ centers around one case where a patient is struggling with a mysterious illness. The show follows their journey and highlights the disease in an attempt to discover a diagnosis and a potential cure — through global crowdsourcing, social media platforms, and established medical expertise.

‘Diagnosis’ is based on Dr. Lisa Sanders’ column in the New York Times Magazine, which has the same name. With immediate-attention-inducing headlines like “He Liked to Work Outdoors on the Weekends. Was It Killing Him?” and “What Was the Cause of the Excruciating Pain in His Shoulders and Hips?”, these articles are about strange afflictions and their bizarre symptoms — which do not have any confirmed diagnosis. Sanders then asks advice from her readers (“the crowd”) to pitch in with their suggestions. Among “the crowd”, there are doctors, specialists, and patients ( who are suffering from similar symptoms and are in search of treatment).

Following the same premise, every episode of ‘Diagnosis’ puts one patient on the forefront and explores his/her case in detail. For instance, there is a woman called Angel who suffers from unexplainable and unbearable muscle pain. We also get to meet her family and they narrate her history.

Then, there is a war veteran with memory loss, which is caused by brain lesions and inflammation — a result of him serving in the Gulf War in the 1990s. Through the show, he meets a vet in Texas who had faced similar symptoms and now, lends him guidance. Again, we are introduced to a six-year-old girl suffering from short bouts of repeated paralysis. At times, the count increases to 100 times on a single day. Gradually, she discovers that these incidents are caused due to a genetic mutation and she is the first person to ever be diagnosed with this affliction by the National Institutes of Health’s Undiagnosed Diseases Network. On other episodes, we follow a young woman who vomits after eating food or drinking water, and a man flatlining after frequent episodes of déjà vu.

As you can see, these patients may have different issues, come from varied backgrounds, and have wide age gaps, but they all have a common problem — they need a proper diagnosis and a cure.

Yes, the formula for each story on this emotional, nonfictional drama has the same premise. It explores the complications of medical science and how the health-care system, at times, fails its patients. But the uplifting part is, the series offers hope that modern medicine, technology, and connectivity can indeed help people in finding solutions. Sanders, in her columns, tries to crowdsource answers about vexing diseases. And what this Netflix series does is, it chronicles the aftermath of Sanders’ efforts. Do the theories provided by doctors work in reality? Does the information provided by readers help the patient? As we follow the characters onscreen, we, alongside them, try to fit in the puzzle pieces together. Yes, all of it seems like the ingredients of a true-crime documentary — with the only difference being in the central theme.

‘Diagnosis’ may not be the first medical documentary on TV. We already know of other titles such as ‘Mystery Diagnosis’ and ‘Chasing the Cure‘ (also based on the crowdsourcing theory). But what makes it stand out is its subtlety, a more sensitive approach toward its patients, and of course, its emotional element.

‘Diagnosis’ season 1 premiered on Netflix on August 16, 2019. It is really inspiring to see how social media and crowdsourcing can change lives.

As far as next season goes, it is almost certain that the show will be renewed. There are plenty of other strange medical cases that it can delve into in the subsequent seasons. Although there has been no official announcement about it, we believe ‘Diagnosis’ season 2 could release sometime in February, 2020.