Diary of a Future President S02: Here’s All You Need to Know 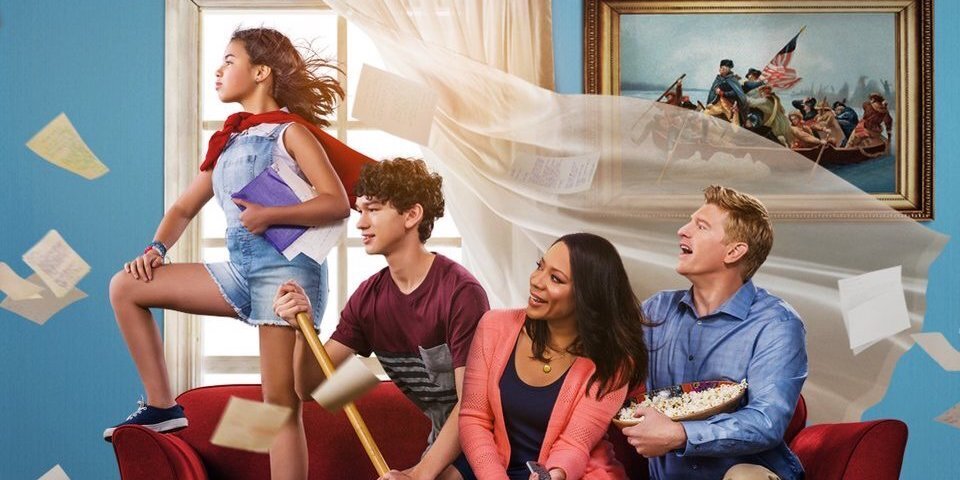 ‘Diary of a Future President’ is a comedy-drama that revolves around a Cuban-American schoolgirl who maintains a diary to keep a day-by-day account of her journey to becoming the President of the United States someday. And guess what? She does!

The show is loosely based on the early life of Ilana Peña (‘Crazy Ex-Girlfriend’), who is also the creator and writer. Robin Shorr (‘The Carmichael Show’) and Brad Silberling (‘Charmed’) serve as the showrunners of this light-hearted family drama.

Diary of a Future President Season 2 Release Date: When will it premiere?

As far as season 2 goes, it is too early to predict anything just yet. However, the story, which is about a go-getter tween, also addresses several mature themes. Hence, it received positive responses from both the young and adult audiences. So, we are hopeful that it will be renewed for another season. If renewed, we can expect ‘Diary of a Future President’ season 2 to premiere sometime in January 2021.

Diary of a Future President Season 2 Cast: Who can be in it?

Tess Romero headlines the cast as young Elena Cañero-Reed, the future POTUS. She is known for her work in ‘Blind Spot’ and ‘Anya.’ Newcomer Charlie Bushnell plays the role of Elena’s mischievous but caring brother Bobby. Seasoned actor Selenis Leyva essays the character of Elena and Bobby’s mother Gabi. Gabi is a single mom, who feels she is now ready to move on after her husband’s passing. Selenis’ notable works include ‘Orange Is the New Black’ and ‘Maniac.’

Joining them is ‘Here and Now’ actor Michael Weaver as Sam Faber, a lawyer at Gabi’s firm who wants to start a relationship with her. Golden Globe winner Gina Rodriguez guest-stars as an adult Elena, who is now the US President. Gina is best known for ‘Jane the Virgin’ and ‘Carmen Sandiego (voice).’

‘On My Block’ actor Jessica Marie Garcia appears as Camila, while ‘Archer (voice)’ fame Aisha Taylor plays the chief of staff to Elena’s President. When the show is renewed for a second season, we expect all of the lead cast to return.

Diary of a Future President Season 2 Plot: What can it be about?

‘Diary of a Future President’ is the origin story of a female President.

The show begins with an adult Elena, who is all set to take office as the President, sitting beside her chief of staff. The chief hands Elena a diary that comes in the mail, and Elena begins to reminisce about her childhood while reading the contents of her diary. This sets up a flashback and we are transported to Elena’s life when she was young.

Elena, a 12-yr-old Cuban-American girl who is just starting middle school, strives to deal with the highs and lows of her school life as a sixth-grader. Elena lives in Miami Glades with her mother Gabi, a single mom who is also a lawyer and an older brother Bobby. Her father has been dead for three years. While juggling home life and school life, the bright-eyed and ambitious Elena prepares herself to become the future president of the United States.

Along with pursuing a dream, Elena tries to navigate the delicate sphere of adulthood and change in the dynamics of her relationships. The show puts Elena’s personality on display a few times, for the audience to have a better understanding of her character. Like, when her mom Gabi decides to pursue her desire of moving on and finally takes a dip into the dating pond with Sam, a co-worker. And also when Elena learns something dark about her ex-best friend Jessica.

Toward the end of season 1, in Tallahassee, Elena needs to solve her unresolved issues with Jessica. As a result, she approaches the Senator for some advice. Bobby, on the other hand, seeks Sam’s guidance in expressing himself. Gabi attempts to go on as usual at work, in spite of her changing dynamics with Sam.

The show connects the dots between the starting point and the climax. We all know Elena becomes the President of the United States but how did she reach there? Who stood by her and helped her to achieve her goal? Well, there’s a long journey yet to be covered in Elena’s quest — something we expect to unravel slowly in the upcoming season (s).

Diary of a Future President Trailer

Check out the heartwarming and fun trailer of ‘Diary of a Future President’ season 1!