Will There be a Dice Season 3? 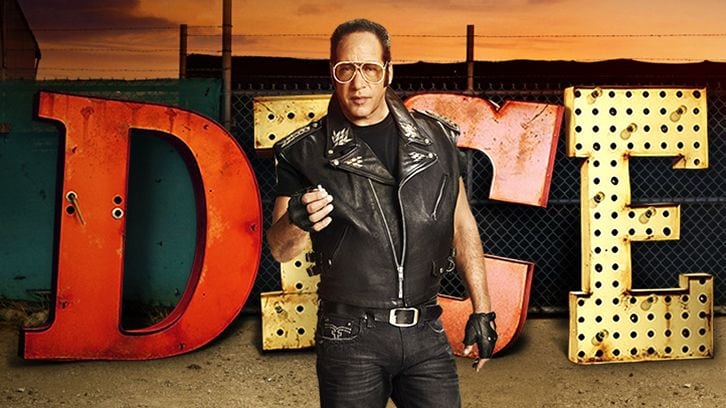 Dice is a semi-autobiography series, set in the glamorous city of Las Vegas and created by Scot Armstrong. It stars Andrew Dice Clay, alongside his son’s heavy metal band. The show premiered on April 10, 2016, on Showtime. It is loud and funny, just like the character Dice. Dice’s best friend Milkshake often has viewers in splits with his comic timing and his chemistry with the main protagonist is a special part of this series.

The main premise of the show is Andrew trying to relaunch his career. A superstar of the eighties, Dice now faces huge debts and a failing acting career. He is a teddy bear inside his uncouth and sometimes a brash character. He carries forward his legendary Dice Man character from his glory days.

If you have been a fan of old-school standup comedy, you will surely remember Andrew as a superstar. He is still funny, and this series is all about him and his big comeback. Fans of titles like Entourage and Real Rob will enjoy this show.

The show has had two successful seasons so far. Now the question is, will there be a Dice season 3? We will delve into that question, but first let’s quickly look into the details of the series.

Dice Cast: Who is in it?

Andrew Dice Clay plays himself in this hilarious comedy. He embodies the character of Dice from his movie The Dice Man. The 60-year-old actor has starred in many movies and TV shows. Playing his best bud Milkshake is the hilarious Kevin Corrigan.

The duo has you laughing out loud with their shenanigans. Comedian Natasha Leggero plays Carmen and features in all the episodes as well. A number of actors appear as themselves like David Arquette, James Woods, and Rita Rudner. Adrian Broody makes a very special entry in a hilarious second episode of season one. Season two has a ton of funny special appearances opposite Clay.

Dice Plot: What is it about?

Superstar of the eighties, Andrew Dice Clay plays himself in this semi-autobiographer that is equally witty as it is brash. Twenty-five years after his sell-out comedy show on Madison Square, Andrew Dice Clay is back to earn his time in the spotlight.

The show follows Dice’s attempt at reviving his past fame as he strives to cope up with the fast pace of Las Vegas. Andrew lives in the skin of his 90’s infamous macho character ‘Dice’ from The Dice Man. He is loud, he is funny, and will keep you in splits. Entourage fans will remember him as Johnny Chase’s stubborn co-star. He works around the Las Vegas strip doing stand-ups and shows to pay-off his debts while he juggles his acting career. We see him as a doting dad, trying to help his son’s metal band become famous. The black leather jacket, biker gloves, and dark sun-glasses are typical of the Dice Man. His character may be a loud, brash man, but we do see him being a big softy too.

His best friend Milkshake is loyal to Dice but also tells him the hard truth when he needs it. Season two ends with Bobby, and the mooch coming back to town. Dice feels jealous of Bobby taking his place as the top dog. But his fight with Bobby could cost him his friendship with best friend Milkshake. Watch the season finale to know what Dice does to get out of this hot mess.

There are several scenes in the series that have been inspired by Dice’s life experience. One of them was something that happened way back in CVS more than 30 years ago. “I was in CVS a few days after Joan passed away, getting supplies to go on the road. This older guy on a walker comes up behind me and goes, “Dice!” I’m, like, kneeling down and go, “Oh, how you doin’?” He goes, “Giant fan. Love your work, always have.” We spoke a few seconds, and he starts walking away then he turns around and goes, “Hey, what did you think of Joan Rivers?” I go, “I thought she was the greatest.” He goes, “Well, I thought she was a fuckin’ bitch. I mean, what she pulled with Carson years ago,” Dice explained.

Dice Season 3 Release Date: When will it premiere?

There have been many speculations about the new season, but unfortunately, Dice will not be returning for another installment. Showtime axed the show after two seasons with a total of 13 episodes aired. While season one enjoyed good reviews, season two was met with mixed reactions. Season two of the series saw an average of 823,000 viewers per episode across multiple platforms which did not bode well with the channel. So, officially, as of now, Dice Season 3 stands cancelled.

If you have not yet caught up with the eighty’s superstar, watch the trailer now! All episodes are available on Showtime.