Was Dick Samuels a Real Executive in Hollywood? 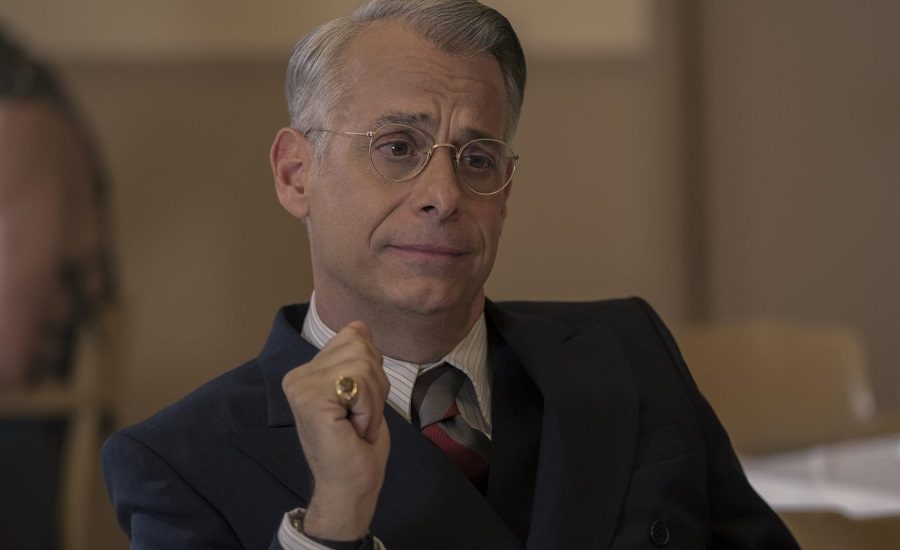 In ‘Hollywood’, Ryan Murphy gives us a look into the glitz of the late 40s Hollywood while adding his own touch to the story. Mixing fact with fiction, in what he likes to call “faction”, he gives an alternate account of the history. The film industry was biased and bigoted at the time, and through this story, Murphy ponders about the possibility of change at that time.

What if the fight for representation had started in the 40s? What if the actors and actresses of that time did not have to be closeted for fear of their career? What if film producers were bolder and fairer in the choice of films and their leads? To deliver this version, he puts forward the character of Dick Samuels, an executive who decides to take some risks and change the face of Hollywood. Is he based on a real person? Here’s the answer.

Was Dick Samuels a real person?

No, Dick Samuels was not a real-life personality. Ryan Murphy wrote Samuels as a closeted gay to emphasize the relevance of “reputation” in Hollywood at that time. While Dick is a good man and a generous employee, he also finds himself bowing to certain rules in Hollywood. Joe Mantello, who plays Samuels in the show, said, “He has a bottom-line mentality because he exists within a system where that’s rewarded. This man who has made a series of agreements with himself in order to keep his place in the business starts to follow his own instincts and heart and gradually becomes a more authentic version of himself and brings that to his work.”

While Samuel’s homosexuality was imagined, Murphy based his professionalism and an eye for talent on the renowned producer, Irving Thalberg. The head of MGM, he had earned the name of “Boy Wonder” for producing some of the best films of the era while also helping the careers of some of the biggest stars of the Golden Age. ‘Grand Hotel’, ‘China Seas’, ‘Mutiny on the Bounty’, and ‘The Good Earth’ were some of his most successful projects. He is also known for passing over Anna May Wong for the Oscar-winning role in ‘The Good Earth’.

Unlike Samuels, Thalberg was not gay, though he was much more accepting of non-straight people as compared to others. He dated actress Norma Shearer and married her in 1927. When she thought about retiring after the birth of their second child, he convinced her otherwise. She ended up with a flourishing career.

Irving Thalberg died in 1936 at the age of 37 due to pneumonia. He is buried in the Great Mausoleum at Forest Lawn Memorial Park in Glendale, California. Cecil B. DeMille called his death “the greatest conceivable loss to the motion-picture industry.” MGM president Nicholas Schenck noted Thalberg as “the most important man in the production end of the motion-picture industry.” David O. Selznick called “beyond any question the greatest individual force for fine pictures.” We find similar praise from Samuels’ peers for him in the show.