When Will Dickinson Season 2 Premiere on Apple TV+? 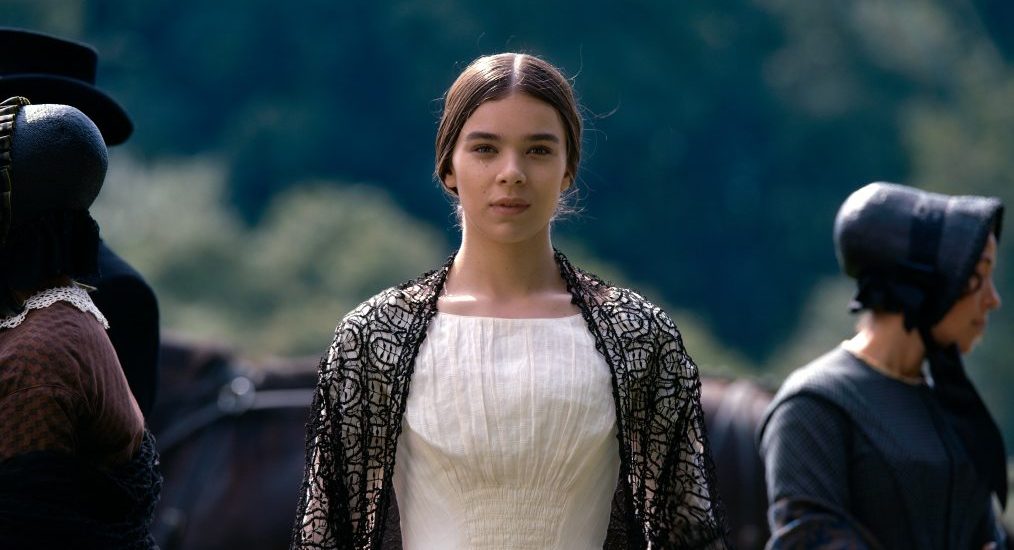 ‘Dickinson’ is an American period-comedy web television series that airs on Apple TV+. Created by Alena Smith and directed by Gordon Green, the show first premiered on September 14, 2019 at the Tribeca TV Festival.

‘Dickinson’ is part of Apple TV+ starting lineup of shows that includes ‘See’ starring Jason Momoa, ‘The Morning Show’ starring Jennifer Aniston and Steve Carell, ‘For All Mankind,’ ‘Helpsters’ from the makers of Sesame Street, ‘Snoopy in Space,’ ‘Ghostwriter,’ and ‘The Elephant Queen’.

Season 1 of the show was well-received. Now the question is, will there be a ‘Dickinson’ season 2? Let’s find out.

Dickinson Season 2 Release Date: When will it premiere?

Even though the reviews of the show haven’t been great, here’s some good news for the fans. The show has already been renewed for another season. And because the second season was greenlit even before the first, you can safely assume that Apple might consider releasing it pretty soon. Our best estimates suggest that Dickinson season 2 should come out sometime in June 2020.

Dickinson Plot: What is it about?

‘Dickinson’ charts the life and era of Emily Dickinson, a celebrated American poet who continues to inspire feminists even today. Despite its rather serious sounding concept, the Apple TV series challenges the notion of Emily Dickinson as a reserved lady, confined to her time period. Instead, it offers a much more vibrant perspective, unabashedly portraying Dickinson going to parties, chasing sex and being rebellious in an extremely millennial manner. According to the official description of the show, “Dickinson audaciously explores the constraints of society, gender, and family from the perspective of rebellious young poet Emily Dickinson.”

Dickinson composed upwards of 1800 poems. Unfortunately, less than 12 of her poems managed to get published after being heavily edited. Dickinson often wrote poems on the topic of love and death and seemed to be especially transfixed with the latter.

The show also features Emily Dickinson’s controversial and sexual affair with her sister-in-law, Susan Gilbert. The show’s creator further added that one of the episodes of the series revolves around a nude portrait and draws parallels to nude selfies. This is one example of how the show ingeniously incorporates contemporary conflicts into an anachronistic story fittingly.

While season 1 re-imagines Dickinson’s ascension into the artistic realm, season 2 will chronicle how the protagonist handles fame. Creator Alena Smith said that the upcoming season will explain why much of the later work of the late poet was composed in secret and not published until after her death. She said: “Season 1 gives one answer, which is it was patriarchy and her father was opposed to women publishing. Season 2 is going to completely turn that on its head or inside out and give a very different answer, which is that Emily herself had a deeply ambivalent relationship to fame. Season 2 is really all about fame and the attention economy, which was a central concern in Emily Dickinson’s poems. She wrote many, many poems about fame and about running from fame or rejecting fame. But she definitely had an obsession with fame even if she was subverting it.”

The showrunner further added, “Dickinson really is as much a dramatic adaptation of her poetry as it is a historical depiction of her biography. This will become even more clear in season two.”

Season 2 is expected to see all the lead cast members reprising their original roles. Two new faces in the second season are Finn Jones (‘Game of Thrones’, ‘Iron Fist’), who stars as Samuel Bowles — “an energetic and magnetic newspaper editor.” On the other hand, Pico Alexander (‘Catch-22’, ‘Home Again’) appears as Henry “Ship” Shipley, a dropout from Amherst College who rents a room at the Dickinsons’.

The show is created and produced by Alena Smith who was a writer for successful TV series like ‘The Affair’ and ‘The Newsroom.’ Calling Dickinson “a modern American Gothic story,” she envisions a 19th-century world that does not conform to the cinematic staples of that period. Straying away from the dreary and dull, her idea was to dump the bleak portrayal of period stories by infusing Dickinson with a modern style.

The series can be classified as a costume drama too, thanks to its epic portrayal of 19th century America. John Dunn was roped in to design the costumes for ‘Dickinson.’ His impressive portfolio includes aesthetic works like ‘Vinyl’ and ‘Boardwalk Empire.’ In lieu of the show’s non-conformist concept, Gunn wished to challenge the “warped idea of what this period looks like.” Backed by exceptional levels of research, he maintains the assertion that the era was definitely upbeat, with color palettes and rich patterns.

Why Should You Watch it?

The way in which Emily Dickinson’s life has been portrayed in the show is quite different than what you would imagine. “Emily’s inner consciousness doesn’t fit in its own time and it’s bursting out,” said Alena Smith, indicating that it is Emily’s rebellious attitudes that she wishes to be the central them of the series.

Part bildungsroman, the show features tracks from artists like A$AP Rocky and Billie Eilish that would normally never be considered apt for being included in the soundtrack of a period tale. What’s more? The dialogue is written to purposefully sound modern and disjointed from the era that the show is set in. The words, “What’s this bullshit” might have never been utilized this creatively. And that’s not it. Wiz Khalifa plays the role of death!

Original lines from Emily Dickinson’s poems appear in a golden, playful font on the screen as Steinfeld narrates them. Perhaps, Alena Smith correctly quoted ‘Dickinson’ to be her “crazy psychedelic version of the 1850s.”

The official teaser trailer for ‘Dickinson’ offers a teasing look into the patriarchal 19th Century American society in an upbeat tone that could suitably fit a modern rom-com. A magical chariot driven by translucent horses appears at the end of the minute-long teaser trailer reminding one of Cinderella and fairy tales. Despite these incongruences, the synchronization of the varied tone and setting seems to promise a binge-worthy TV show.