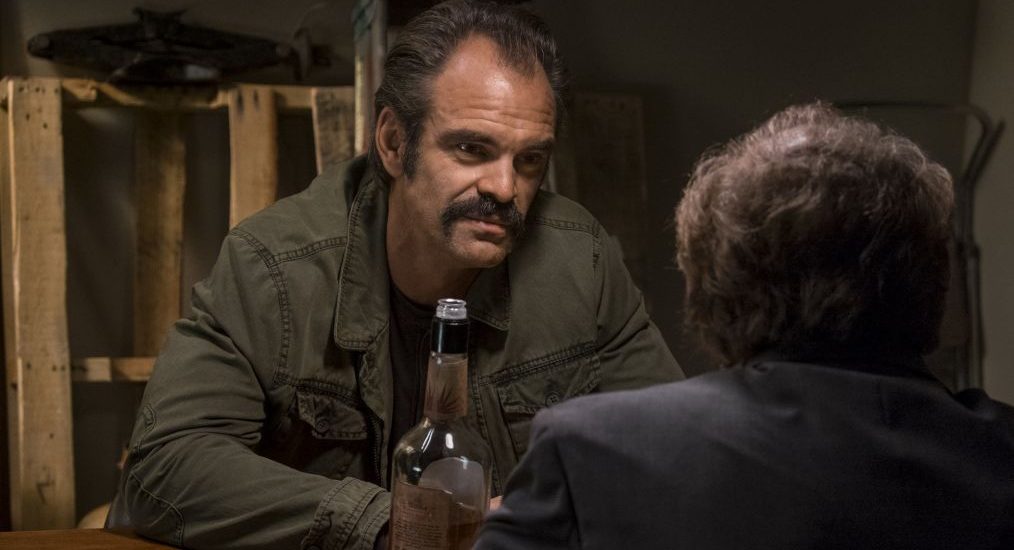 Contrary to rumors circulating on social media, Steven Ogg is not dead. The actor’s alive and doing well. Ogg’s born in Edmonton, Alberta, but raised in Calgary. He was focused on a career in sports, but couldn’t follow it due to some injuries. Instead, he began acting and realized he had a talent for it. Steven’s been part of several theater productions in his early days. After moving to New York City, Ogg began appearing in shows like ‘Law & Order.’ He took a surprising break in his career when he built a house.

It was followed by Ogg’s most memorable role – that of Trevor from ‘Grand Theft Auto V.’ Fans immediately took a liking to the harsh and eccentric character, shooting Ogg to unprecedented levels of fame. Obviously, the actor’s only followed up with similarly impressive roles in ‘The Walking Dead,’ ‘Westworld,’ and ‘Snowpiercer.’ Now, fans seem to be worried that Ogg has passed away. We know the news is not real, but let us see how the rumors began.

We’ve scoured the internet extensively, and it appears that news of Ogg’s death began on TikTok. A user suggested something along the lines of losing another legend and indicated that Ogg had passed away. Due to the sheer number of TikTok users, the story began spreading like wildfire, until it became a full-blown death hoax. Concerned netizens began expressing sadness at the actor’s demise. You can see one such post below.

Thankfully, there are still some skeptics who are willing to check for proof before posting anything on social media. One such netizen has called out the TikToker for starting the rumor in the first place. See the tweet below.

Tiktokers would really fucking do anything, doesn't matter to them if it's stupid as themselves. @StevenOgg pic.twitter.com/i7KF3IWFNk

Despite the internet eventually coming around to the fact that Ogg is alive, the damage had been done. Some individuals might also have been influenced by shady obituary sites that ran with the news of Ogg’s demise. Notably, some of these sites are infamous for misleading information. Considering Ogg’s stature in the entertainment industry, his death would be covered by reputed news outlets. Thus, we urge readers not to believe everything they read on the internet, and always verify news from trusted sources. It helps us all avoid situations such as these.

As for Ogg, he has not responded to the death hoax directly. However, his social media activity is bound to put our minds at ease. You can check his latest post, which has been put up a few hours back. It speaks of how adventures are essential in our lives.

An adventure a day keeps the howling wolves of pain/rememberance at bay. Choose it. Live it. Love it while ya got it. Cause then POOF! It’s gone. #adventure #live #love

Ogg also put up an exciting post a day back, which leads us to believe that he might undertake another building project soon. You can see it below.

Down trodden, brow beaten, and damn near destitute, Waylon Ahwahnee’s luck had surely run out…or had the fuck it?! His recent resuscitation of Vivian Faulks had proven quite rewarding- literally. A small town clarinetist, Vivian had tripped on the platform in the bowling alley she performed in nightly. The clarinet lodged in, but Waylon was right there to lodge it back out. As thanks, Vivian bequeathed her run down motel named LOVE. With a renewed sense of purpose, Waylon once again had hope that his life just might turn around for the better…… *DON’T FORGET TO CLICK LINK IN BIO* SEPT12th ONLINE SIGNING!! #love #motel

As far as his acting career goes, Steven has some projects lined up as well. He’s slated to appear in a thriller titled ‘Orgami,’ which is currently in post-production. He’s also a part of ‘The Moonshine Gang of Cheyenne,’ a horror-western. As things stand, Ogg is alive and quite busy, which essentially debunks any death rumors that have been circulating.