Dino Dana Season 4: Is it Renewed? 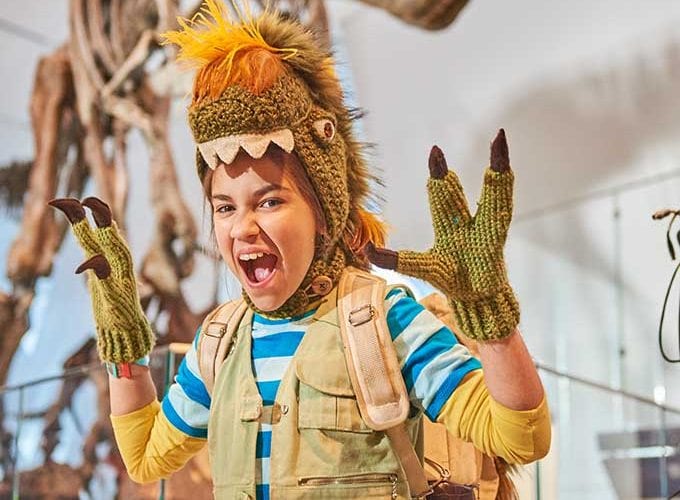 Created by J.J. Johnson, the show has not only won many hearts but has gone on to become a highly acclaimed TV series. It teaches children a lot about the biggest creatures that roamed the earth once upon a time in a fun manner using some good quality animation. The show has highly been recommended by everyone for viewership by children as it teaches them life lessons along with some quality information about dinosaurs.

Notably, ‘Dino Dana’ is a continuation of the ‘Dino Dan’ series, except for the fact that it strives to be more inclusive and has been praised by many critics for having an active female protagonist on a children’s show, thus attempting to erase the stereotype of the male protagonist. Now, after three successful seasons, here’s what you need to know about ‘Dino Dana’ season 4.

Dino Dana Season 4 Release Date: When Will It Premiere?

Considering how popular the show has become over the seasons, and the amount of praise it has garnered from critics, it won’t come as a surprise if it is renewed for yet another edition. If renewed, ‘Dino Dana’ Season 4 should premiere sometime in April 2021.

Dino Dana Season 4 Cast: Who Can Be In It?

‘Dino Dana’ has an amazingly diverse cast and focuses strongly on the relationships between the characters. First off, we have Michela Luci as Dana Jain herself, and Sara Chaudry plays the part of Saara Jain, the stepsister with whom Dana has a very strong bond. Amish Patel and Nicola Correia-Damude appear as the parents, with Amish playing the role of the Dad, and Nicola playing Ava, the mom.

Other cast members include Bill Cobbs, who has several performances under his belt like ‘One Tree Hill‘ and ‘Night at the Museum‘, in the role of Mr. Hendrickson, and Anna Cathcart, who appears as Robyn.

If renewed for a fourth season, we can expect most of the main characters to return to ‘Dino Dana’ as we embark on further exciting adventures.

Dino Dana Season 4 Plot: What Can It Be About?

‘Dino Dana’ is basically about a 9-year-old girl who loves dinosaurs and finds her life is changed when she is given a Dino Field Guide which gives her a lot of information about the dinosaurs, but the best part is that she can imagine them into real life.

How cool is it to learn about dinosaurs firsthand in this manner. Dana has the unique opportunity to examine the dinosaurs up close, and learn about their general appearance, defense mechanisms, eating habits, and behavior patterns. The fact that Dana can apply what she learns from dinosaurs to the problems in her life, is something that is bound to appeal to the impressionable minds of the preschoolers that this show is designed for. The combination of live-action elements with CGI also makes the show visually pleasing, so as to capture the attention of a young audience.

‘Dino Dana’ has a lot of things going in its favor, which makes this spin-off series a success. Firstly, it is historically and scientifically accurate about the dinosaurs, which makes the show educational. While maintaining accuracy, it also keeps in mind that the series is designed for kids. Thus, none of the dinosaurs are made too scary that will leave the children trembling in fear, rather than enjoying the show.

‘Dino Dana’ does show predatory and prey sequences for the sake of accuracy, but they are often resolved using dried meat, as we see the predators get lured away. The best thing about the show, though, is Dana herself. This quirky girl is so enthusiastic about dinosaurs, that it is almost infectious, and people all around her seem to want to learn all this information that she has to share about the dinosaurs.

Her family too is something to behold. The multicultural nature of the Jain family, the roundedness of characters is worthy of applause, especially since so much nuance has gone into a kids’ show. The best part is when Dana remarks to her sister that they are so lucky that the parents got married, and they could be sisters, despite looking so different.

A lot of children’s television shows unwittingly enforce gender and social stereotypes at an age when we must be teaching the kids to break out of it. In this light, ‘Dino Dana’ is refreshingly different because it encourages the fact that girls can be interested in dinosaurs too. If the show is renewed for a fourth installment, we hope its tone remains the same while taking us on many more adventures with Dana, our favorite paleontologist.