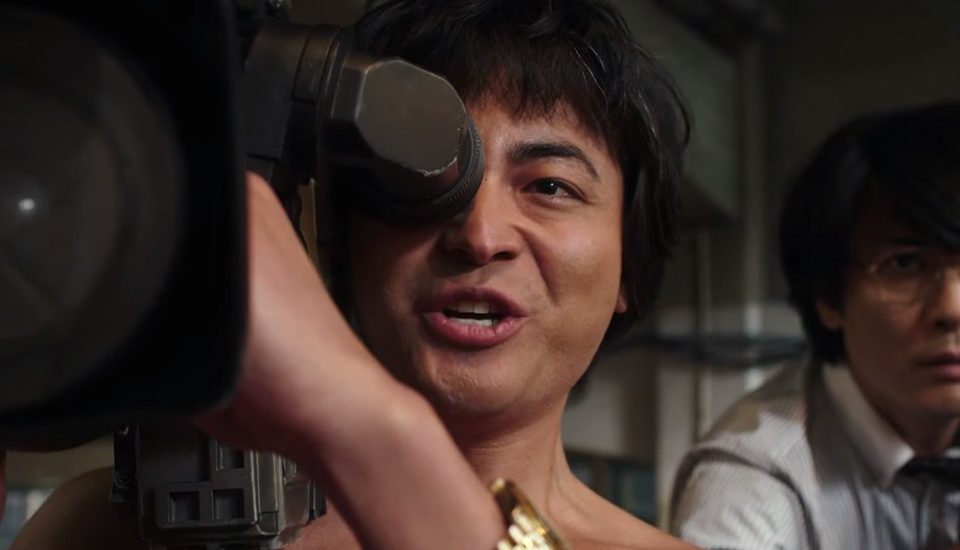 ‘The Naked Director’ is just about the porn industry in Japan; it is much more than that. The first thing that we come to realize is that our protagonist, Toru Muranishi, is a salesman. His job might be to sell encyclopedias, but any salesman worth their salt has to learn quickly that it is not a product they are selling, but a dream. Muranishi is a quick study and swiftly rises through the ranks of his company when he unlocks the key to appealing to people’s desires and selling them their dreams. However, all this comes crashing down when it is implied that his jealous mentor frames him in an office robbery, and to top things off, he finds out that his wife is having an affair with another man since she does not feel pleasured by him.

As luck would have it, an angel comes to Muranishi’s rescue. The name of this angel is Megumi, a conservative but sweet girl who wants to explore her hidden desires, and is shown to have strong latent sexual urges. If you are familiar with the adult film industry, you might recognize the stage name she takes – Kaoru Kuroki. Kuroki shoots a raunchy S&M-like (sadism and masochism) video with Muranishi stepping in front of the lens. Although Ikezawa once again manages to prevent the sale of the tapes, something good comes out of the shoot as Kuroki falls for the director. 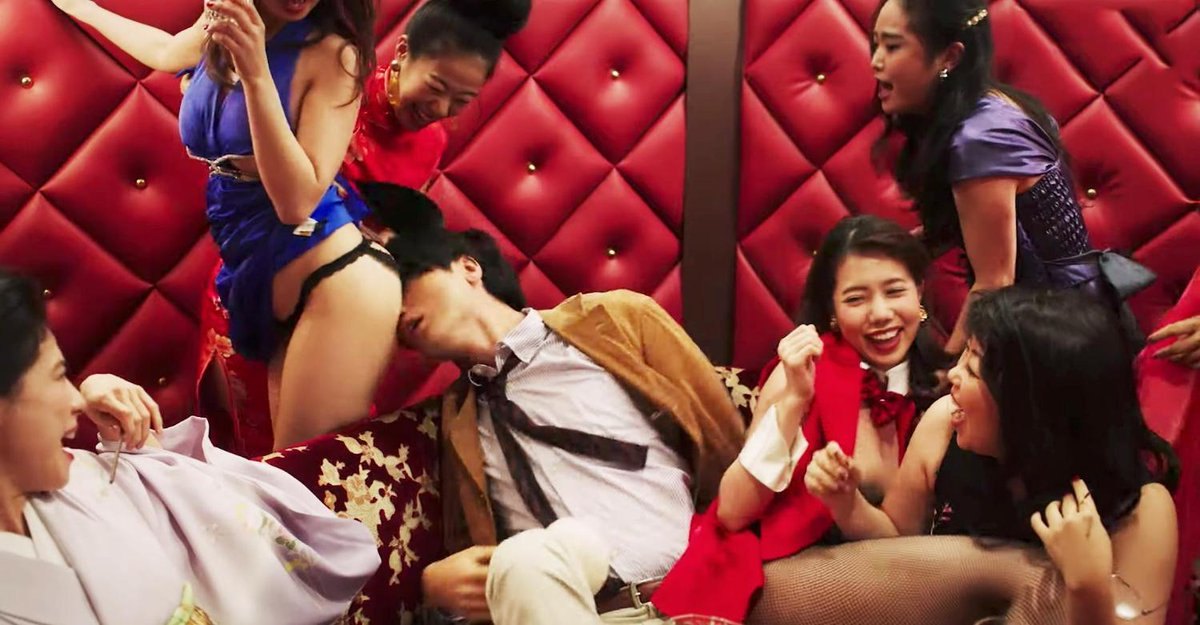 Is The Naked Director Based on a True Story? 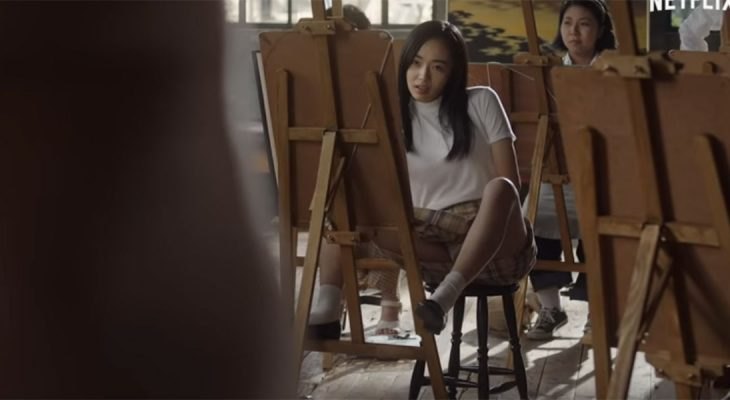 While the Netflix series shows Muranishi going to the island to make a mega porno with an American star, the truth is even more grandiose. The director went on a legendary streak and directed thirty films in thirty days while flying actresses in from Japan for the shoots. The show also takes some liberties in not clarifying the cause of his arrest, when in reality, Muranishi was arrested due to passport violations and indicted under the Mann Act. We also see Crystal as a company that the director starts, when in truth he joined the newly formed company, and his own company was called Diamond Visual. That being said, ‘The Naked Director’ gets the larger than life attitude completely right, while also showing how the director kept returning from setbacks stronger than ever.

Kaoru Kuroki is also a real person, and she is as radical and outspoken in life as she has been portrayed to be. Kuroki always had artistic inclinations and though she went on to act in porn she has shown an affinity for directors like Nagisa Oshima, Ingmar Bergman, and Bernardo Bertolucci. Naturally, since ‘The Naked Director’ is more Muranishi’s story than her’s, these details are not explored. Nonetheless, we must credit the Netflix show for getting the conservative middle-class background absolutely right, while also showing accurately how the woman was always drawn to matters of sex and human sexuality.

You have to remember that ‘The Naked Director’ is not a documentary. It is based on a novel, ‘Zenra Kantoku Muranishi Toru Den’ by Nobuhiro Motohashi. While the show tries to portray an accurate story and get to the bottom of the emotions involved, it is best to take the facts with a pinch of salt.

Different films and television shows often explore various aspects of society through a certain lens. For example, Martin Scorsese views a lot of American society and culture through the lens of crime in his films. In ‘The Naked Director’ we get an exploration of the Japanese society and culture through the lens of pornography. Thus towards the end, the series shows a shift in society that is reflected in a shift within the porn industry as well. A lot of things happen at the same time towards the end so if you could not keep up, don’t worry. We have got you covered.

With Japan getting a new emperor, it seems a new age has dawned for everyone. There is an allusion to people standing the test of time, and those who survived the change, come out stronger. The Yakuza member and the dirty cop make a deal with each other. Toshi finds a new home with the Yakuza. Ikezawa, a man adamantly against change also dies with the old world order of Japan.

As Japan is shown to prosper, while entering a new era, it is reflected by Muranishi’s success, as he seems to be expanding his business. Similarly, it is implied that Japanese society as a whole is more willing to talk about sex openly, as Muranishi’s crew is shown filming a condom ad. Sexuality is more openly dealt with, especially a woman’s sexuality, for which one must be grateful to Kuroki. Overall, ‘The Naked Director’ ends on a note of change, and an anticipation of what a new era will bring.

Will There be The Naked Director Sequel? 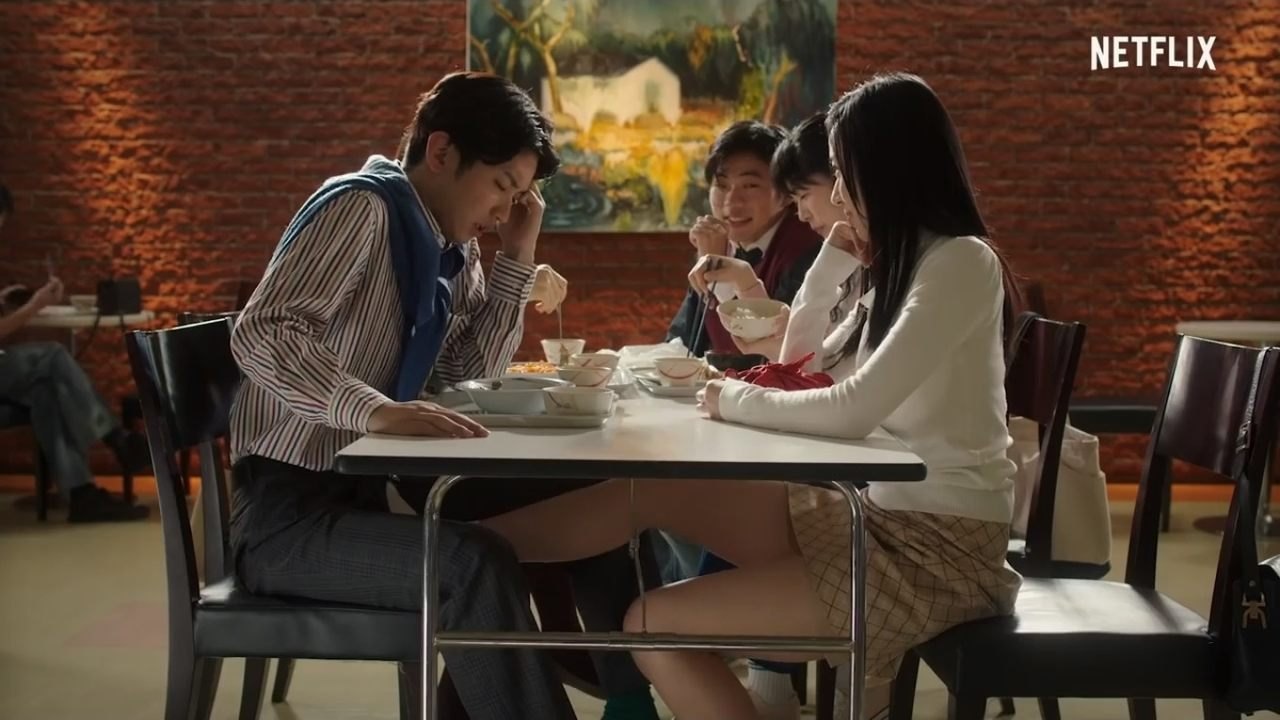 As for what the sequel might be, is anybody’s guess. Japan has a long history of pornography that has existed in films and magazines. One aspect that we thought might be explored, was pink films. So if ‘The Naked Director’ gets a sequel, we could see how this softcore subgenre of movies exists within Japanese culture. There is also a chance that ‘The Naked Director’ Season 2 will continue the story of Toru Muranishi. With an acclaimed actor like Takayuki Yamada, of ‘Isle of Dogs‘ fame, playing the part, Netflix might count on his star power to bring in more audiences. Obviously, there is plenty of Muranishi’s life left to be explored as well, including the many books and blogs he has written and the shows and documentaries that he has been a part of. It remains to be seen what the sequel to ‘The Naked Director’ will be about. You can check out our preview on ‘The Naked Director’ Season 2, here.