Will There be a Dirty Jobs: Rowe’d Trip Season 2? 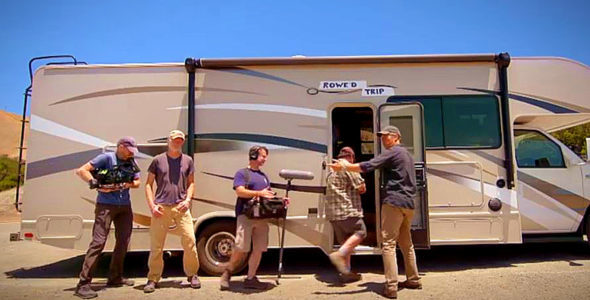 The nominee of five Primetime Emmys, ‘Dirty Jobs’ is Discovery’s epic reality series that has spanned eight seasons. In an attempt to pay homage to this very show, the channel came up with ‘Dirty Jobs: Rowe’d Trip’ — a “part reunion, part road-trip, part look-back-special, and part where-are-they-now” series, according to the network’s official press release. Since its first season has such a short run, you might be wondering if there will be a follow-up edition. Let’s dive right in.

‘Dirty Jobs: Rowe’d Trip’ season 1 premiered on Tuesday, July 7, 2020, at 9 pm ET/PT, on Discovery. It consisted of four episodes and ended its run on July 28, 2020. Fans can check out the show by downloading the Discovery GO app. Since ‘Rowe’d Trip’ was conceptualized as a limited series, a second iteration seems unlikely. In all probability, ‘Dirty Jobs: Rowe’d Trip’ season 2 stands cancelled. If the creators, under the rare scenario, decide to renew it, we will update this section.

‘Rowe’d Trip’ is hosted by Michael Rowe, the popular television host, narrator, and former opera singer, notable for his work in ‘Dirty Jobs’ and ‘Somebody’s Gotta Do It’. He additionally hosts ‘Returning the Favor’ and the podcast ‘The Way I Heard It’. His narrating credits include shows like ‘Deadliest Catch’, ‘How the Universe Works’, and ‘Shark Week’. In ‘Rowe’d Trip’, Mike is accompanied by his original ‘Dirty Jobs’ crew, as they meet past jobbers and tell new stories. Some of the previous members joining him are Barsky, Doug, Jones, and Troy.

What is Dirty Jobs: Rowe’d Trip About?

‘Rowe’d Trip’ is an attempt from Discovery to highlight the aspects that had made ‘Dirty Jobs’ an ‘essential’ franchise. In this reality show, the original crew from the show travel together in a mini-RV and reminisce about their most memorable moments. They embark on a road trip across the US while revisiting past jobbers and telling new stories. Each episode is created according to a specific theme: Infrastructure, Innovator, Isolation, and Animals — and ends in an epic destination. Mike Rowe expressed his enthusiasm about starring in the show, saying in Discovery’s press release:

“DIRTY JOBS Forrest Gumped it’s way on the air in 2004 and changed my life forever. What began as a simple tribute to my grandfather, has evolved into the granddaddy of “essential work” programming, and I’m humbled every day by the number of people who continue to watch.” He further added, “Personally, I’ve missed the camaraderie more than anything else – the fun of traveling with a tight-knit crew, meeting the finest people you could ever hope to know, and shooting in all 50 states many times over. Looking back at my favorite moments with the old crew while hitting the open road was the perfect way to reunite, especially at a time like the one we’re all living through now. I know that fans of the show will have as much fun watching, as we did the filming.”