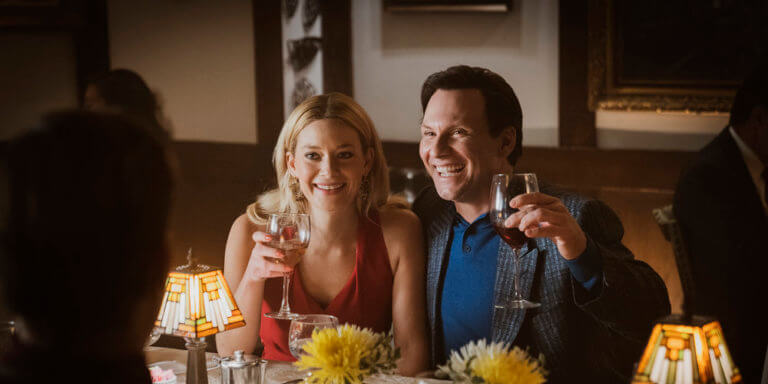 The divorce battle between Dan and Betty Broderick is getting messier with each episode of the true-crime anthology television series, ‘Dirty John: The Betty Broderick Story.’ Since its premiere, Amanda Peet and Christian Slater have been receiving heaps of praises from fans and critics for their compelling portrayal of Betty and Dan, respectively.

In the latest episode, Betty and Dan get officially divorced, while Linda refuses to extend an olive branch towards Betty. Check out the recap, for more. In case you are updated and are looking for the details of ‘Dirty John’ season 2 episode 7? We have got you covered.

‘Dirty John’ season 2 episode 7 will release on July 7, 2020, at 10 pm ET, on USA Network. The show follows a weekly-release format, and a new episode drops every Tuesday.

The upcoming episode is titled ‘The Shillelagh.’

‘Dirty John’ season 2 episode 6 is titled ‘The Twelfth of Never.’

In the episode, Sid Montgomery, a reporter from San Diego Register, approaches Betty, offering her a platform to voice her side of the story. Betty readily obliges but is left bewildered when the article gets published and she learns that it only features the details of the court proceedings and nothing related to her personal life. Sid confesses to Betty that Dan threatened him to drop her story. While having lunch with her friends, Betty shares her concerns over receiving a newspaper clipping of Dan and Linda’s engagement, with the words “Eat your heart out b–ch” written on it in red ink.

It is later revealed that Betty herself has written those words on the paper, thus, hinting at her rapidly deteriorating mental health. At her oldest daughter, Tracy’s high-school graduation ceremony, Betty ruins Tracy’s happiness by nit-picking about Linda’s presence at the ceremony. Betty befriends the leader of an organization called Help Abolish Legal Tyranny and shares her ordeal with a group of women, who seem to understand her plight.

Dan is informed that Betty wants her wedding china back. Although he doesn’t remember where it is, he tells Linda that giving it back to her would calm Betty down. When Betty’s friend asks Linda to return Betty’s china as a peace offering, Linda declines and even threatens to destroy it. Betty begs her parents to stand with her during the trial but her mother blatantly refuses. Betty faces the shortcomings of not being a lawyer as she takes up her case in court.

Despite being under oath, Dan builds up a concoction of lies to label Betty as an annihilator and get the judge to side with him. And that is exactly what happens as the judge gives Dan the primary custody of the kids and offers Betty, a total of $28,606.02 and $16,000 per month in alimony. Dan goes as far as to label Betty as a child molester. Betty’s heart is filled with rage towards Dan and Linda and at the end of the episode, she goes to a store and buys a gun.