What to Expect From Dirty John: The Betty Broderick Story Episode 6? 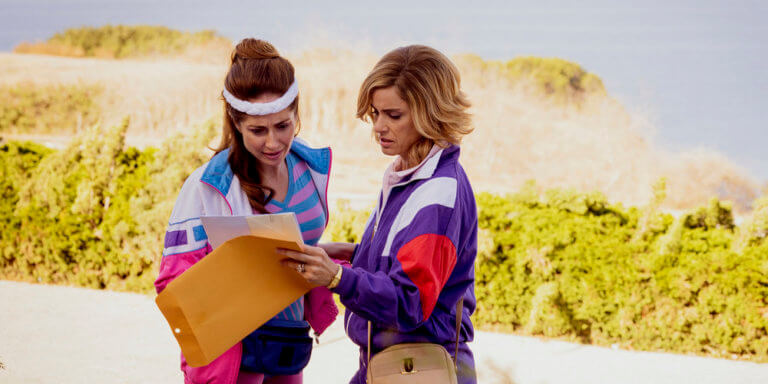 ‘Dirty John: The Betty Broderick Story’ is a true-crime drama that narrates the tale of Dan and Betty Broderick’s divorce battle, which has often been touted as one of “America’s messiest divorces.” The show is being praised by the critics and the audiences for its responsible representation of the real-life events. In the latest episode, Betty gets embroiled into a messy fight with Dan as he refuses to let her meet the kids.

The kids keep telling Dan that they would like to see their mother, but he doesn’t let them. Betty continues to spew hate at Dan and Linda via the answering machine. Head to the recap section, for more on the episode. In case you are eager to know the details of ‘Dirty John’ season 2 episode 6? We have got you covered.

‘Dirty John’ season 2 episode 6 will release on June 30, 2020, at 10 pm ET, on USA Network. The show follows a weekly-release format, and a new episode drops every Tuesday.

The upcoming episode is titled ‘The Twelfth of Never.’

The episode throws light on how Dan gains a coercive control over Betty through his actions, causing her to spiral out of control. Just like the previous episodes, this one also jumps through timelines to showcase the acrimonious divorce battle between Betty and Dan. On the occasion of Christmas, Dan offers Betty to take the kids out but she refuses, and later tells her girlfriends that she did it so that the kids know how their father destroyed the harmony in their life. Dan enrages Betty by sending her flowers, and she responds by breaking into Dan and Linda’s house and spoiling every present under the Christmas tree.

She learns that they’re officially divorced now but have to go through mediation regarding the assets. Also, Betty is asked to undergo a psych evaluation to see if she is fit enough to meet her kids. Dan makes a nasty move as he tells Betty that he will dock money from the alimony, every time she does something inappropriate. The rules range from dropping an offensive word on the answering machine, stepping on their property, entering through the door of Dan and Linda’s house, to meeting her kids without Dan’s approval.

Betty gets more upset and leaves hateful messages on the phone, which Dan smartly asks his secretary to write down. She also causes damage to Dan’s property and he calls the cops on her but she gets released soon. He sends her a bill for $1300, stating her wrongdoings have exceeded the alimony payment. Betty hires a lawyer, Hillary, and things seem to work out until it doesn’t. Against Hillary’s request, Betty keeps calling Dan, who uses the evidence against her in court. During her psych evaluation, Betty storms off when the doctor asks her to stop being so angry at Dan and Linda.

Dan agrees to let Betty have the kids for the Easter weekend but retracts at the last moment. Betty’s son answers her call and asks her to behave appropriately if she wants their custody but she snaps at him and Dan gets another shred to present in court. Although Betty fires Hillary, she helps her by telling the judge that contempt filings and postponements can be a way for Dan to secure his assets. Betty is asked to serve six against the earlier 25 days in jail. Dan pops the question to Linda, and she gladly accepts.