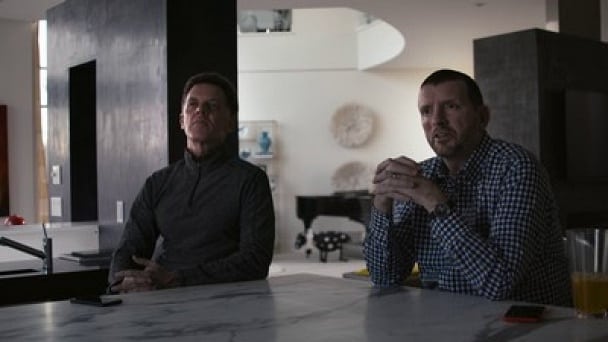 ‘Dirty Money’ is an American documentary web television series that airs on Netflix, and documents high-profile cases of corporate corruption. The revealing show, which premiered with its first season in January 2018, received tremendous praise from television critics and also resonated with viewers. Hence, the positive response prompted Netflix to renew the series for its second season. Here’s everything we know about ‘Dirty Money’ season 2.

Dirty Money Season 2 Release Date: When is it coming out?

Dirty Money Season 1 premiered on January 26, 2018, on Netflix, in all its entirety of six episodes.

The confirmation that the show was most definitely returning for a second season came when Alex Gibney, the executive producer of the show, tweeted “season 2 coming” on May 29, 2018, while replying a fan who pleaded him to make a second season of the hugely successful documentary series.

That being said, we currently also have a release date for the new season. Dirty Money Season 2 will premiere on March 11, 2020. It will consist of six episodes.

Dirty Money Cast: Who is in it?

There is no fixed cast in ‘Dirty Money’. Since it is a documentary series, it covers a lot of issues that involve a lot of different real-life personalities. Some of the people who have appeared in the show include Donald Trump, Hilary Clinton, Stuart Johnson, Jonathan Braun, Alberto Ayala, Russell Simmons, Martin Shkreli, and dozens of others. In the second season too, we expect several high-profile personalities to appear, either in interviews or in video clippings.

What is Dirty Money about?

In a world where corporations often engage in unethical and downright corrupt practices, once could almost say that ‘Dirty Money’ is a show that is an absolute necessity owing to its informative nature and its scathing insights into mega corruption scandals. Each episode of the show focuses on one such case and presents it in detail to its viewers.

In the first season, the first episode deals with the extremely high-profile Volkswagen emissions scandal or the Dieselgate scandal that rocked the US and Europe, apart from affecting many other parts of the world. For those unaware, the case came to light in September 2015 when the US Environmental Protection Agency (EPA) found that many VW cars in the US had been fitted with a software dubbed the “defeat device” which allowed the car to conform to pollution standards during testing.

On-road, however, things were different, and VW cars were found to be giving off emissions many times more than what regulations permit. Once the scandal came to light, VW confessed to cheating emissions tests, and admitted that 11 million of its cars worldwide had the so-called “defeat device”. Since then, a lot has gone down, and VW has had to bear damages exceeding $10 billion in just the US.

The second episode broadly deals with the issue of unsecured payday loans in the US, with a special focus on former racing driver Scott Tucker, who made a fortune by illegally giving out such loans to as many as 4.5 million Americans. After a long-drawn game of cat-and-mouse, Tucker was finally arrested in February 2016 and is currently serving a prison term of 16 years and eight months.

The third episode deals with the recent rise and fall of pharma giants, Valeant Pharmaceuticals, which has since changed its name to Bausch Health to try and shake the fallout of the scandal. For those unaware, in 2015, Valeant Pharmaceuticals became involved in numerous controversies surrounding drug price hikes, which had caused its stock to skyrocket. However, the company could not reap the benefits of its fraudulent activities, and an investigation by the US Securities & Exchange Commission (SEC) caused its stock to plummet by more than 90% while its debt exceeded a whopping $30 billion.

The fourth episode also deals with an explosive issue and explores the nuances of global bank HSBC’s money laundering activities for entities like the Sinaloan Cartel (remember ‘Narcos: Mexico‘?), the Hezbollah, and others. If you’re curious about the scale of such activities, know that the bank had, for decades, laundered money worth hundreds of millions of dollars.

The fifth episode deals with a less-heard-of, yet a massive issue, which is informally known as the Great Canadian Maple Syrup Heist. It deals with the theft of 10,000 barrels of maple syrup, worth roughly $20 million, from the Federation of Quebec Maple Syrup Producers (FPAQ), an organization which, as of 2011, was responsible for 77% of the world’s maple syrup supply. The Great Canadian Maple Syrup Heist took place over several months between 2011 and 2012 and is considered to be the biggest heist in Canadian history.

The final episode of the first season is an explosive one and explores how current US President Donald Trump built his real-estate empire and his image through a sustained media campaign.

Season 2 will explore the case of the huge consumer fraud orchestrated by the employees of Wells Fargo and the scandal when billions were swindled from a Malaysian Sovereign Wealth fund called 1MDB. It will also dive into the real estate activities of Jared Kushner and the illegal cartel mines in South America. Other episodes will shed light on the state guardianship system and into the inner workings of one of the biggest plastics producers, FormosaPlastics.

Here is the trailer for Season 2 to give you a glimpse into what it’s all about.