Do Alexis and Ted End Up Together in Schitt’s Creek?

‘Schitt’s Creek’ remains unparalleled for its excellent exhibition of character growth over six seasons consisting of 80 episodes. The Canadian sitcom is a simple, hilarious, and binding tale of the Rose family members trying their best to cope with the crazy idea of living as a commoner. Having led an ultra-luxurious life for as far back as memory can take them, residing in a ramshackle motel gets them all panicky.

Created by Eugene and Dan Levy, who play the father-son roles of Johnny and David Rose, concluded the show while it was still on an upward trajectory. As Moira Rose, Catherine O’Hara seems to be shaken to bits by the turn of events, closely followed by her daughter, Alexis (Annie Murphy). As her life turns topsy-turvy, Alexis Rose is frantic and mostly found in denial mode, but there are a few things that momentarily keep her sane.

A good long walk, some community service (Mutt), and incessant grumbling. Ted Mullens (Dustin Milligan), becomes the anchor that not only stabilizes the spoiled socialite but also becomes the medium through which she finds her “true” happiness. The viewers have an ominous feeling about their relationship’s fate from the time he leaves for the Galápagos Islands. But is it only temporary, or does it actually not end well for the couple?

Do Alexis and Ted End Up Together?

The once-wealthy Alexis Rose meets Dr. Theodore “Ted” Mullens at the point in time when she is desperately looking for a sweet distraction. But the veterinarian falls hard and fast for her charming and deeply innocent personality. From the beginning, the two seem to be a mismatched couple but gradually win everyone’s respect and faith in their relationship. Unfortunately, the emotional rollercoaster ride ends for them after they mutually decide to part ways, finally and indefinitely. So “No,” Alexis and Ted do not end up together.

Now, before you hold a grudge for this shocking conclusion against the creators of this iconic series, let us try and make sense of it for you. SPOILER ALERT! Within days of her arrival in Schitt’s Creek, Alexis gets famous as the drop-dead gorgeous city girl, and she begins to date a local hunk, Mutt Schitt, along with the moderately wealthy and attractive doctor, Ted. She shuns the chance of a deeper relationship with the latter falling purely for Mutt’s Casanova demeanor.

After three seasons of oscillating between the two and crushing Ted’s heart by turning down his proposal twice, she finally begins to care deeply for him. But by the fourth season, he starts dating a local farmer, Heather Warner, to move on from Alexis. The rebound does not go too far for him, and at the end of the season, he shows up at the “Singles Week,” an event meticulously organized by her, to finally come clean about his feelings.

Alexis and Ted spend most of season 5 drunk in love and relishing the stability of a healthy relationship. Sadly, this comes to a sudden halt after Ted is selected among thousands of applicants for a six-month-long research fellowship at the Galápagos Islands. It takes her little convincing and gentle nudge by Cafe Tropical’s waitress and friend, Twyla, to understand the importance of this lifetime opportunity for her beau. She finally begins to support his decision and promises to join him after some time.

While they struggle to work out the long-distance relationship and wait for things to get easier, Alexis’ independent career starts to flourish. From the point of his departure, the two make plans to reunite, but fate intervenes each time. It would be interesting (and soothing!) to contemplate the change of their destinies had Alexis not messed up the dates while booking the airplane ticket. As a final stroke, Ted is offered a full-time position on the research team down in Ecuador. It means that accepting the job would sadly take him away from the love of his life as a three-year contract would bound him.

Just as her brother’s wedding planning begins, the first meaningful relationship of her life begins to crumble. ‘Schitt’s Creek(’s)’ showrunner, Dan Levy, revealed in an interview that originally, the script dictated the penultimate episode to entail a double wedding. It would have meant the fans relishing the feeling of seeing David walking down the aisle for Patrick as well as Alexis tying the knot with Ted. Ironically, she unintentionally wears a wedding dress but regrets the discomforting co-incidence. But Murphy, much like the audience, was shocked to know the change of plan and plot, and even threatened to leave the show. 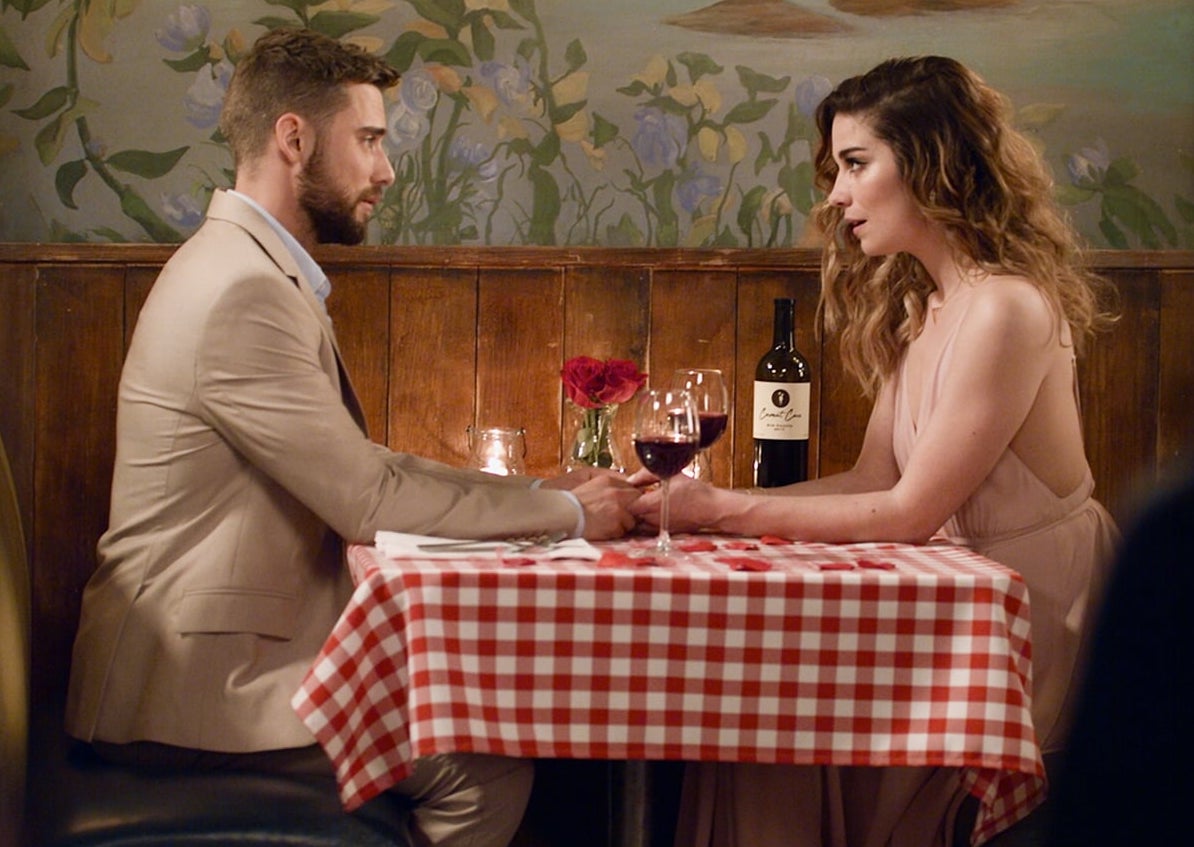 However, as it turns out, her character’s evolution would have been hindered, even flawed, had Alexis got a happy ending romantically. Only after Ted leaves for his dream-job does the focus shift back to Alexis and her budding career as a publicist. His departure before David’s Big Day implies that she could channel her energy completely towards the next phase of her life.

While on their last date at the Cafe Tropical, they mutually decide to go their separate ways: Ted back to the Galápagos Islands and Alexis to build her public relations brand in New York City. As heartbreaking as it is to accept, he is clearly a thing of the past, and she is seen bidding her parents farewell while in a group-hug with her brother, his husband, and Stevie. 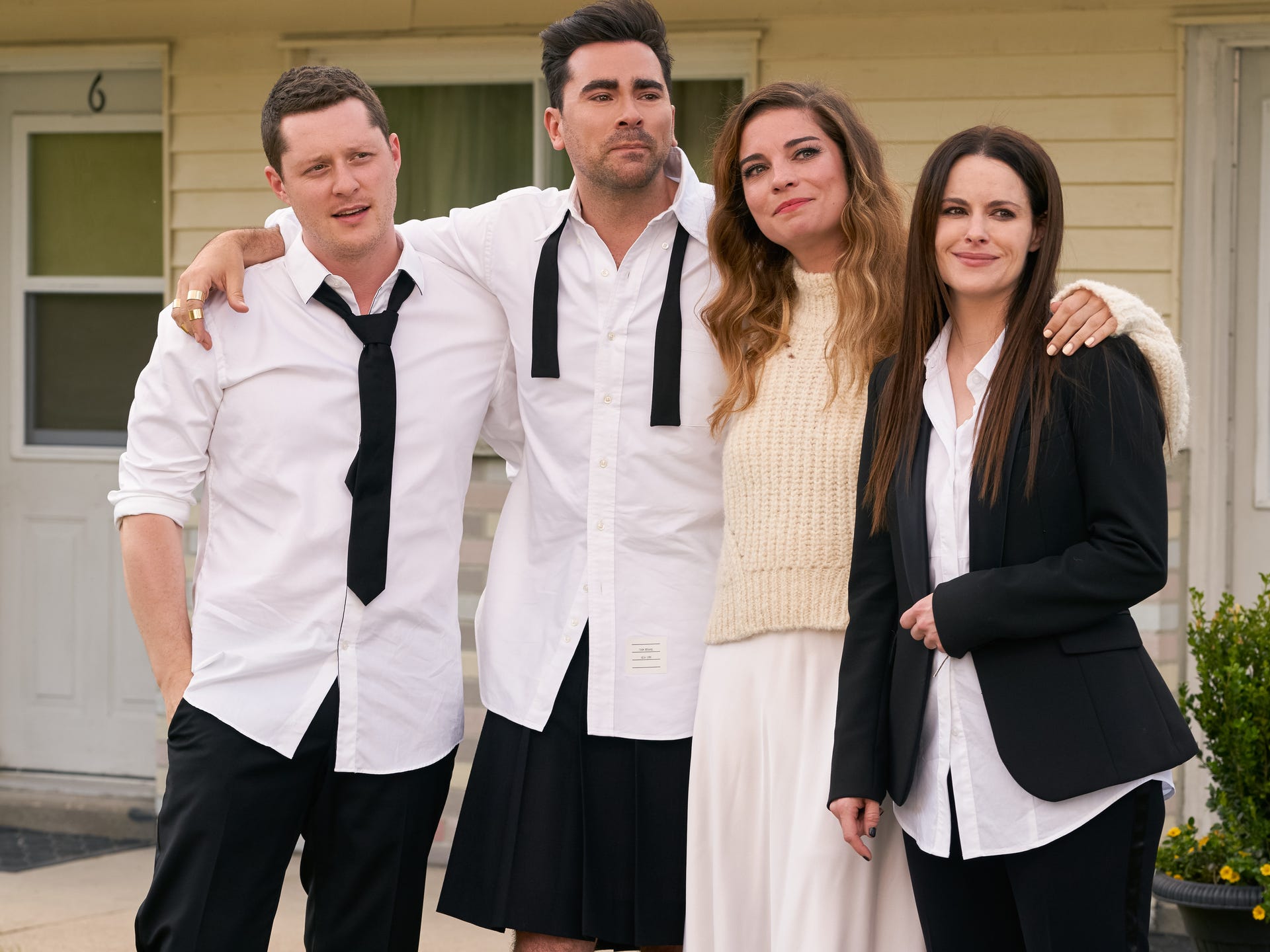